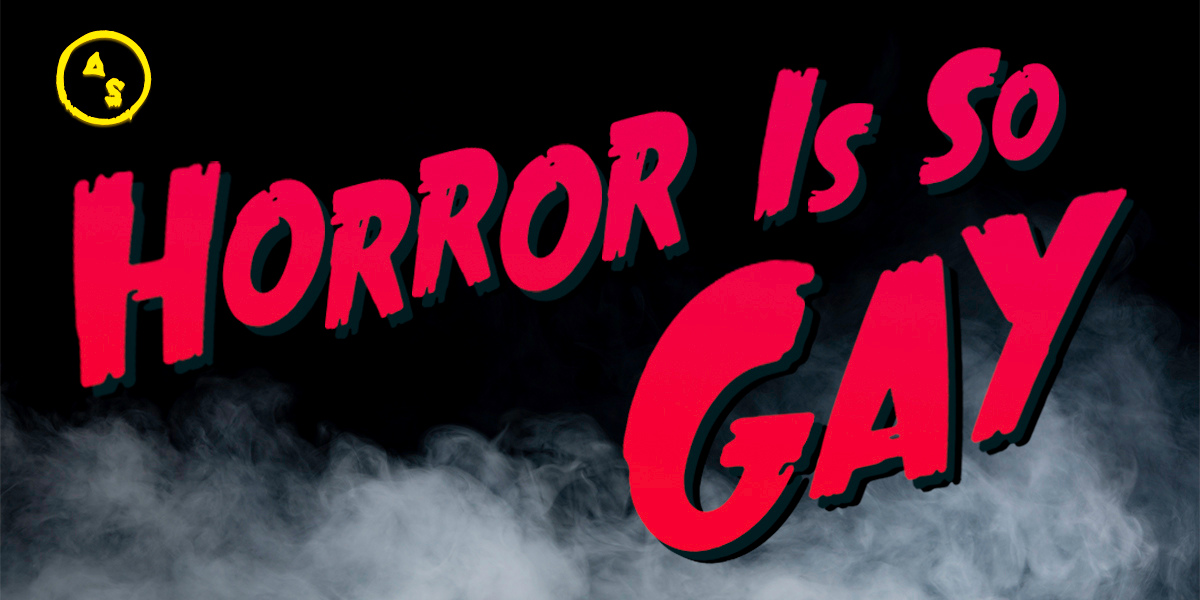 While most often drawing comparisons to William Friedkin’s Cruising (1980), a killer thriller similarly set in a world of hardcore gay leather sex, Knife+Heart (2018) –– or in its original French, Un couteau dans le cœur, literally ‘A Knife in the Heart’ –– is far less procedural, being at its core a romantic drama. The initial spark for the film, the love between Anne and Loïs is based on that between real porn producer Anne-Marie Tensi and her editor Loïs Koenigswerther: “the idea of love going through the images. Like, a woman making a film and, believing with her [whole] heart that she could seduce again this other woman with just cinema, with her images.”

While the murders and raunchy smut are the flashier elements of the film that make it easy to pitch to an audience, the core of the story is a sincere meditation on desire. While stopping the killer and uncovering the mystery behind his motives moves the narrative forward, they are peripheral to the actual substance of the film which, in line with filmmaker Yann Gonzalez’s trademark style, weaves romantic queer poems out of queer eroticism and obscenity.

Knife+Heart feels like the rare work of horror not meant to scare you with gut-churning gore but instead is driven to haunt you. There is no chase. Almost every kill is sudden and without warning. To reference its title, its violence is meant to feel like a piercing blade run through your chest with each beautiful life destroyed.

Pornography’s purpose is most often to depict an uncomplicated consummation of desire. Buttholes are miraculously pre-lubed. Transgression of social taboo has no consequence. There is no war, no disease, no strife in a utopia where pleasure is god. No mortal problem that can’t be solved by filling a wet hole.

This is in conversation with the rest of Gonzalez’s oeuvre, which has a similar fixation on making dreamy romantic reveries through fetish, debauchery, and other modes of desire often seen as obscene and grotesque. It makes the implied utopia of pornography textual and poetic. Gonzalez’s first feature You and the Night (2013) — French: Les Rencontres d’après minuit, literally ’Encounters After Midnight’ — is the story of a mysterious throuple throwing a pansexual orgy, drawing together several strangers into a romantic night where they share not only of each other’s bodies but their histories. In Islands (2017), his short that directly preceded, we are led through a series of surreal sexual vignettes in one night. But if Gonzalez’s canvas is the wet dreamscape, Knife+Heart is his first film to depict desire as capable of being a nightmare as well.

***
In her essay “Eros the Bittersweet,” Anne Carson notes that the greek word “Eros” implies a love derived from a lack. Eros makes us prone. When it appears before us, be it manifested in flesh or on film, it lays us bare and fills us with a force that can overwhelm us. We hope it changes us for good, or otherwise erases what we dislike in ourselves. But often it can do the very opposite, breaking us down to baser impulses and leading us to lose reason. It leads us to painful obsession and ugly desperation, rendering us eager for anything to ease our suffering from it.

Eros is hunger. It is capable of becoming a destructive force.

When we first meet Anne, it is moments after the film’s opening kill, running terrified down a dark empty street. She arrives at a phone booth and calls Loïs, frantically scared and unsure of where she is, begging for the familiarity of her once-lover’s comfort. While she offers her some care, Loïs is boundaried in her refusal to rekindle their romance or suffer Anne’s drunken episodes and petulant rages. From the onset, Anne is a protagonist for whom we are not meant to feel sympathy, but a frustrating empathy. With her petulant rages and her constant drinking, the problems of her life are largely of her own making. She is us at our messiest.

Anne acts out desperately, sometimes perpetrating violence of her own. She is fragile and child-like, but also dangerous and angry. It’s an emotional story grounded in the perspective of a character who is erratic and cruel.

What feels like one of the film’s most emotionally devastating moment comes not from the killings, but from Anne when she sexually assaults Loïs as the killer watches on. Only moments after Loïs had nearly rekindled their romance, Anne’s destroyed it irrevocably in a drunken stupor. What was once love has been corrupted by a terrifying possessiveness.

Knife+Heart is a film full of gaze but not in the oft-misused Mulveyian sense that would draw criticism. It’s full of people looking at each other. The eyes are the primary means by which we direct desire.

In a prior piece of writing I did on Knife+Heart, I stated

“Both Knife+Heart’s male characters and its camera leer at men’s bodies with desire that borders on obsessive. Anne could be read as an outsider in this regard — she’s not a man and has no sexual interest in men — but she appreciates the meeting of their bodies (and the squirting and writhings that result from it) as pure art. But her failed relationship with Loïs and her limerent desire for her is meant to form an alternative queer parallel to the killer’s relationship with his prey. Both long to feel beautiful and in trying to contain and control someone else’s beauty, they lash out and harm them in the process.”

Earlier this year, Equation to an Unknown and Knife+Heart were shown together as a double feature at Los Angeles’ historic repertory theater, The New Beverly Cinema (owned by filmmaker Quentin Tarantino since 2007). True to Gonzalez’s statement, the film is awash with a languorous beauty. A cadre of rugby players wander through Paris, guided from one cock-filled milieu to the next by a dreary lust. Lighting is dim and natural. Money-shots border on claustrophobic in their framing. It’s unclear whether what we are seeing are the characters’ fantasies or realities as denim-clad twinks ride through the night together on a motorbike before fellating each other on the same hot rod.

Less pleasant was the reaction of the audience I watched it with, often breaking out into uncomfortable laughter and other loud, disquieted reactions. One woman sitting behind me audibly said “oh dear” in shock in a tranquil scene where one of the men calmly pisses on another and walks away. What did you expect when you paid to come see a double featuresmut and a film about making smut (in a former porno theater no less)? It belies a larger issue I have with repertory film audiences, who often seem unable to meaningfully engage with art which makes them uncomfortable, instead treating it as some “so bad it’s good” curio.

Chingy Nea is a writer, filmmaker, and critically acclaimed ex-girlfriend based out of Los Angeles and Oakland

Chingy has written 4 articles for us.