Girls who skateboard are cool.

It was true when I was a kid. It was true when Crystal Moselle made her narrative debut Skate Kitchen in 2018. And it’s true now that she’s expanded that movie into a show for HBO. 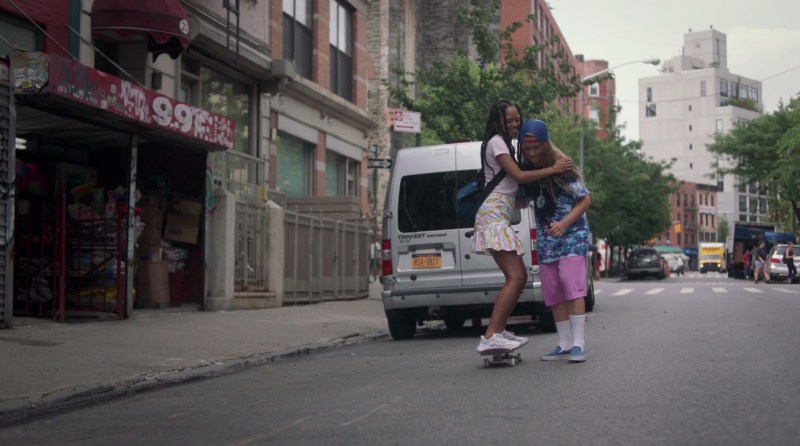 Ajani Russell as Indigo and Nina Moran as Kirt

But like the movie it’s based on, Betty is more than the pleasure of watching girls skateboard. With naturalistic performances from the IRL Skate Kitchen and dreamy cinematography, the show captures the NYC skater girl subculture in all its appeal and personality. It also happens to tap into a queer experience rarely seen on screen.

While the show is more of an ensemble than the movie’s coming-of-age narrative, it still introduces Camille (Rachelle Vinberg) as the newcomer to the group. And like in the movie, Camille quickly becomes torn between the boy skaters and the girl skaters. The boys seem to accept her in a way they don’t accept the other girls, but that acceptance doesn’t mean ease or comfort. She doesn’t quite fit with either group.

“Once I turned 11, I started changing physically,” Camille says in the film. “I used to stand in front of the mirror and punch myself in the chest, because I didn’t want to grow breasts. It was horrifying, because I was always dressing in boys clothes, playing football, and hanging out with my dad. And when I noticed that I wasn’t going to be like that forever and I was growing up it was super embarrassing.”

It’s easy to project transness onto Camille here, but the in between feeling she describes is common for many queer people cis and trans. It’s a poignant moment, made all the more poignant as we watch her inner conflict between girl and boy play out in her social life. 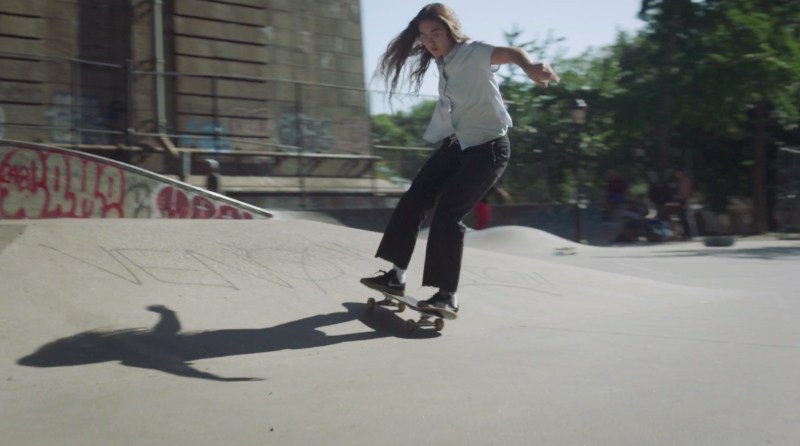 Nina Moran’s Kirt was explicitly gay in the film and is explicitly gay in Betty, and she is a soft butch comedic delight in both. But I’m also excited that this complicated thread for Camille has carried over into the show. I’m not sure if Camille is even queer — her central romance in the show, like the film, seems to be with a guy — or if her gender questions will ever be directly addressed, but it doesn’t really matter. It’s still tapping into a common, yet rarely portrayed, queer experience that complements the more defined queer storylines.

Camille and Janay (Dede Lovelace) bond as they search for Camille’s stolen phone. Kirt and Indigo (Ajani Russell) bond as Kirt teaches Indigo to skate. Whether these are friend bonds or flirting is unclear, because as Kirt says, “It’s not my fault if my ‘let’s skate’ and my ‘let’s smash’ vibes have some overlap.”

But even if neither of these pairings move into “let’s smash” territory, the trailer at least promises us romance between resident videographer Honeybear (Moonbear) and a character named Ash (Katerina Tannenbaum).

The show has a very casual Gen Z approach to its characters’ identities. Sexual and gender fluidity feel possible for every character. It’s a girl power narrative that feels loose in its definition of girl — and certainly loose in its assumption of who those girls will date. 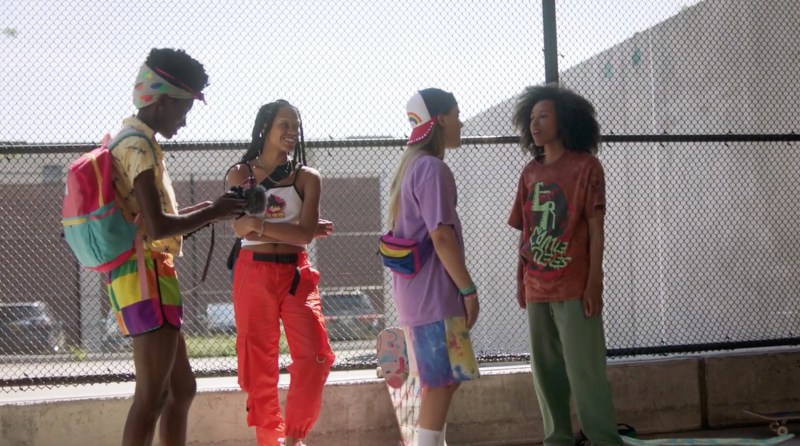 Moonbear as Honeybear, Ajani Russel as Indigo, Nina Moran as Kirt, and Dede Lovelace as Janay

While I liked Skate Kitchen, the story feels much better suited for television. Moselle has captured a world you want to live and breathe — the show makes that possible in a way the movie never could. If you watch Betty, because you want to see a bunch of cool girls skate then you will not be disappointed. But what a thrill they get to skate their way through such a sharp narrative of female friendship, complicated queerness, and the daily exhaustion of living in patriarchy.