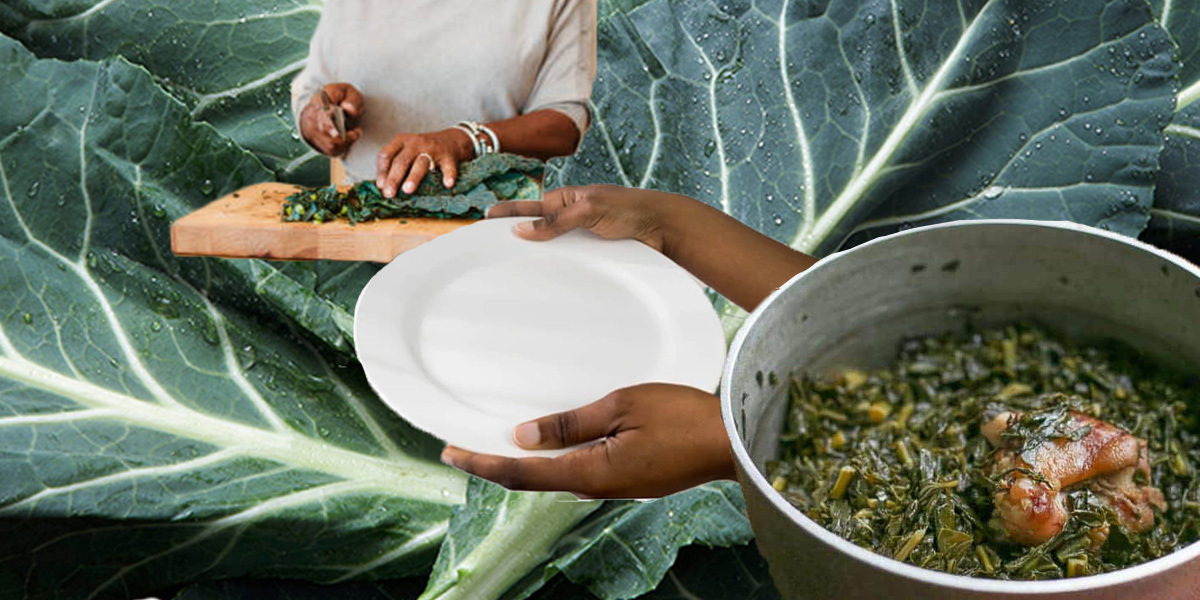 This is the third essay in Empty Magic, a weekly series from Dani Janae about eating disorders and recovery.

Dinner was the time, during my childhood, when we had the most family time together. Dinner was usually mashed potatoes, Salisbury steak, corn, gravy, and bread. My mother was fond of the Knorr pasta-in-a-pouch meals because they just required milk and butter. Rice-a-Roni, Hamburger Helper, all sorts of dinners of convenience. When I was still in college and struggling, I’d eat a slice of a block of tofu for dinner sometimes. Plain, drained, no seasonings or marinades to give it flavor. I needed the hit of protein and didn’t want to add anything that would increase the calorie count.

When you’ve reached the bottom of anything, you create a hollow. I created a hollow in myself, from the gaps in my ribs to my sunken hips, my collapsed chest.

There was no time during my eating disorder in which I loved my body. I could always be skinnier, prettier, better.

After I lost my mind my sophomore year in college, I started eating again. Bingeing and purging. This brought the pounds back in a rush. Before I knew it, I was a size 14 again and devastated for it.

I never really sought help during my eating disorder recovery. What happened instead was I got caught stealing food I planned to purge on my college campus. Some sort of administrators sat down and talked with me about my stealing, and I had to try to explain to them why I had blown through my meal plan earlier than anyone else.

How could I explain that I coudn’t stop eating, couldn’t stop emptying myself once I was full, this game of empty magic?

My bulimia continued on through graduation, and then I was faced with the real adult world. What I should have done was check myself into a facility, but I didn’t. I just walked into the world naked and cold.

I briefly lived with my parents after graduation, and having my mother watch my eating habits triggered me more than I expected it to. It was that night with the oatmeal and the veggie burger all over again, every day. Her being there but not offering support or understanding.

When I moved out for good, I moved into a two story house with a woman I met on Craigslist. The room was $425 a month, which worked out to more than half my monthly income on Americorps salary. What little money I had leftover went to food and booze.

In some ways, I don’t think I traditionally “recovered” from my eating disorder. My focus shifted toward alcohol. I was in the business of trading vices in those days. Once one didn’t suit me anymore, I turned to something else.

I was still eating vegan and eating relatively healthy. Lots of tofu stir frys, veggie pasta, sweet potato and black beans in tacos or burritos. My eating disorder just sort of dissolved once I was spending my own money on my own food, and once there was no one there to judge my eating habits.

I think it’s easy to blame my mother for my eating disorder. I try to resist the urge. But I didn’t hate my body until she told me to, didn’t believe that having seconds was making me fat until she said it, didn’t get on diets until she put me on them.

My mother hated herself and her body. She once told me that because she was treated as the fat, ugly, unlovable one when she was a child, that’s the only way she knew how to treat me. But I saw my mother love. I saw her dote on her grandchildren. I knew she was capable of it. I held a mirror up to her, and she smashed it every chance she got.

Once I traded food for alcohol, I had a pretty steady weight for years. I didn’t start gaining weight again until I got in a relationship with my ex. When that ended in 2017, I was probably around 200 lbs at 5’5” but was telling myself I was still 170.

The pandemic and getting on meds for my bipolar disorder also presented me with an opportunity to gain more weight, so I did.

Every time I went to the doctor and got a blood panel, they were shocked that my blood sugar wasn’t high, that my cholesterol was just right, my blood pressure even a little bit low.

How can she be so fat, and not “unhealthy?”

Doctors so often dismissed my health concerns or prescribed concerns to my body because of my weight while ignoring the data in front of them.

The last time I was asked to step on a scale at the doctors office, I said no. There was some polite back and forth, but ultimately, the nurse conceded and let me leave without a new weight. My doctor still wants me to lose weight and even suggested medication to speed along the process. I said no.

This isn’t to say I’m healed. Sometimes when I eat past the point of full, I rely on my stomach trick to create some room for myself. I tell myself, you can spare it.  What’s dinner, what’s another meal in the toilet?

I can count on both hands and feet the ways I’ve chosen to hurt myself. Food was just one of the many.

Now that it is mostly not a problem for me, now that I have no obsessions, I wonder what will happen to me. What vice will rear its head next. I try to stay safe, try to keep my ten toes wed to the earth, but there is always the threat of something else coming to dismount me.

danijanae has written 131 articles for us.