Kiku Hughes first came to my attention a few years ago when I saw a lovely short comic she did about some space lesbians. I was immediately drawn to her lush and deeply rich character designs and colors. The comic looked like a galactic dessert, and I wanted seconds and thirds. It’s a simple story with only two real characters and only seven pages, but Hughes made it feel as full as a strawberry milkshake topped with whipped cream and a half dozen cherries. As I looked more into Hughes, I found out that she has a bunch of other great short comics that satisfied the same kind of craving that this space lesbian comic did. Now this Nikkei (part of the Japanese diaspora) lesbian cartoonist is one of my favorite artists. 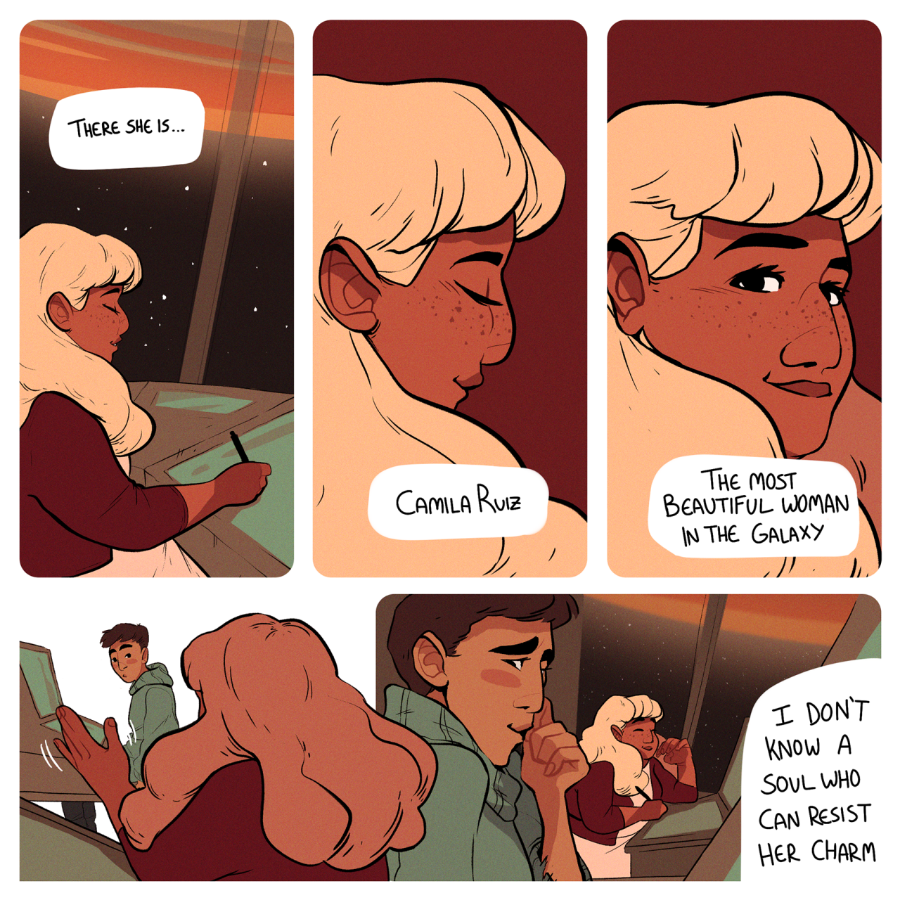 It’s well documented that I have trouble feeling any positive emotions for robots, but Hughes has made a pair of comics about a pair of twin AIs trying to figure out where they fit in the world of humans that honestly really touched my heart. In the first comic we meet Kim, an AI who’s taken on a human body that allows her to pass as an organic person, not a robot. We see her struggle internally with this life that she’s chosen, knowing that she’s left her twin behind. In a prequel comic that Hughes made later we see the other twin, and we see that both of them love each other and miss each other and even though they’ve become very different types of beings, they’ll always be connected in a way that’s truly and deeply human. I can’t believe I’m saying this, but I’m crying thinking about how real and deep their connection is. It’s beautiful. 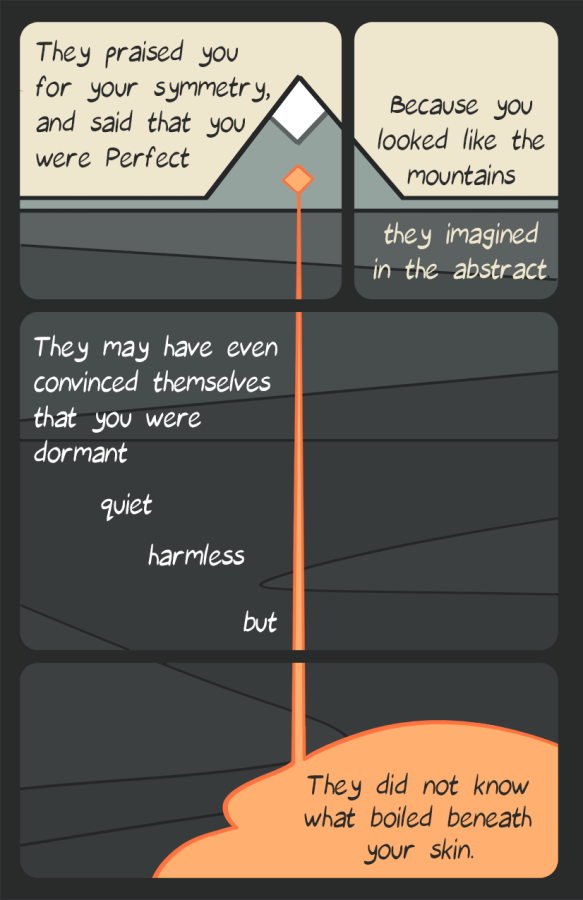 My favorite comic Hughes has done, though, is about Mt. St. Helens and beauty and and unfair beauty standards and resilience and paying attention to what is real. It’s a powerful metaphor for womanhood and queerness and being a person of color and so many other identities. Another favorite is her autobio comic about the strange places we find connections with out culture, especially when you’re mixed race and/or part of your family history has been lost to oppression and racism. She shows the amazing way that pop culture and recipes can surprise us and connect us to our past and our family. I’m also in love with her strange and pulsating comic from the Elements Anthology. In this comic we see a mix of magic and science as we follow a passenger on a space ship powered by fire. Hughes creates such a vibrant world in this short comic; you can see the fire ebbing and flowing and growing and snapping. You can see all the ways it changes and controls the lives of the people on this ship. You can see how it creates magic and how it has come to life. Kiku Hughes knows how to create a world that feels like you’re living in it. 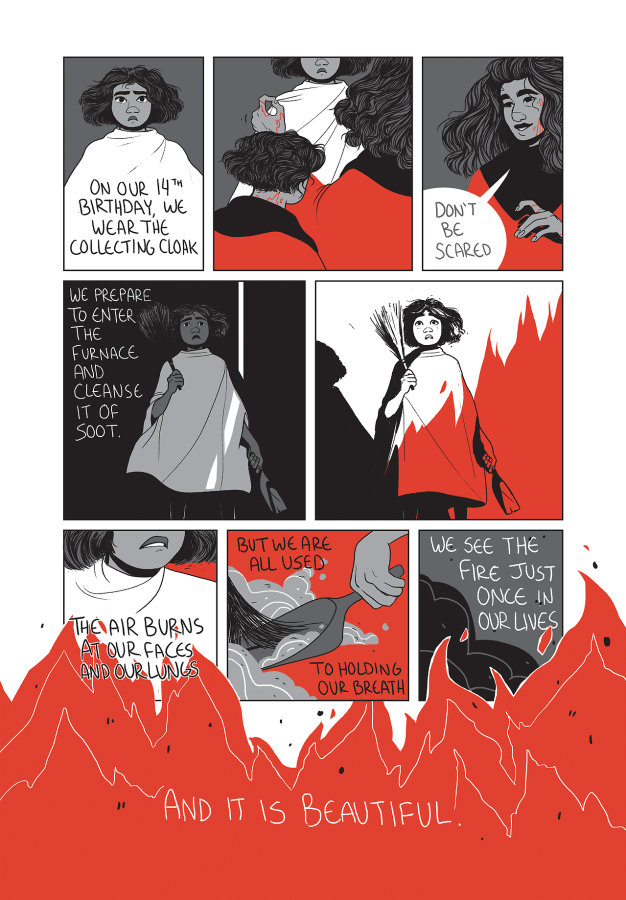 You can see all of these comics and more on Hughes’ tumblr, and specifically in her tumblr comics tag. She also is the person behind my favorite ever Oh Joy Sex Toy comic, a really lovely and clear explanation of asexuality. She’s currently working on her first graphic novel, Displacement, about Japanese American incarceration.