Good morning please don’t talk to me about that car commercial I do not want to talk about it! 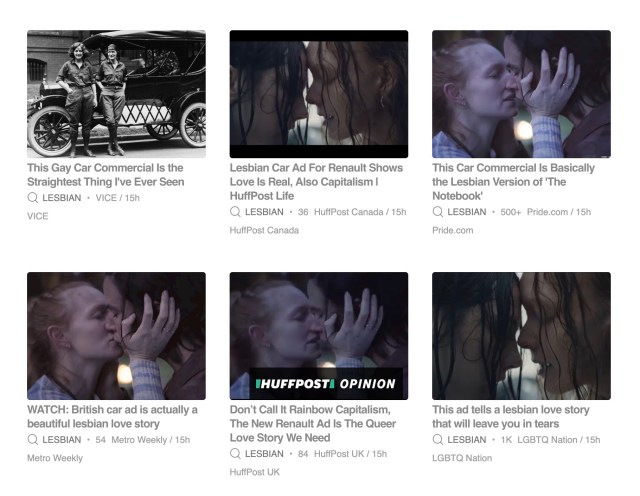 Vice being super contrarian out here, but not contrarian enough to not write about it. I’M JUST SAYING.

Megan Rapinoe Won a Woman of the Year Award. She Thanked Colin Kaepernick.

What Happens to Queer People Who Don’t Have a Chosen Family?

‘I Was Out of There’: Ali Krieger and Ashlyn Harris Open Up About Playing for Homophobic NWSL Owner

The 23 Best LGBTQ Books of 2019 according to O magazine. Also, please note that it took me about 12 minutes to figure out that this is a slideshow and not an article, so just click the arrow on the graphic, which is like, nearly impossible to see. Ok cool good talk. Good talk/bad design. Ok cool.

Leonardo DiCaprio’s Movies, Ranked Worst to Best. This is an offshoot of 90s queer culture so don’t worry about it bye.

9 Photographers Flipping the Script on Trans and Non-Binary Representation

Support Butch Pal for the Straight Gal why don’t you!!!

The Line of Fire: “Gun violence, high school football and what coaches are doing to keep their players safe.”

Millennials Have Been Supporting Their Boomer Parents On The DL, Census Data Shows

Modes of Transportation in the Wizard of Oz, Ranked

Meet Some of the 60,000 LGBTQ Immigrants Impacted by DACA Hearing

The Sexism Is Getting Sneakier

This Tom Hanks Story Will Help You Feel Less Bad