+ Black Lives Matter activists disrupted a Hillary campaign stop in Cleveland asking her to divest from private prisons and stand with black trans women. Clinton responded that she would be “happy to meet with you all another time.”

“We called on [Clinton] to actually have a conversation with black trans women and take their lead,” said Angela Peoples, one of the women who disrupted the event. Peoples leads the grassroots LGBTQ network at the civil rights group GetEQUAL.

…“Hillary Clinton must stand with Black people, especially Black trans women, by refusing to accept funds from or bundled by executives of or lobbyists for private prison companies—and investing the money she’s already accepted from those companies in the work toward Black trans liberation,” said Rian Brown, an organizer with GetEQUAL, in a statement sent to Fusion. “Until that happens, we cannot for a moment think that Hillary believes Black Lives Matter.”

+ A short piece on how Fox News is trying to manufacture the “story” of whether the Black Lives Matter movement should be classified as a hate group, a story which itself originates with Fox News in a sort of terrible news snake eating its own terrible news snake tail. If you’re thinking “that’s ridiculous, what kind of news station even is this,” you might want to read Heather’s excellent analysis of how Fox News’ rhetoric works! 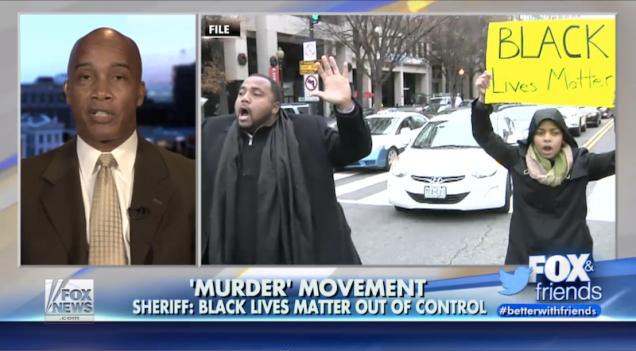 + The Democratic National Committee has endorsed the Black Lives Matter movement; the BLM network has repudiated the endorsement, explaining that their movement doesn’t function within the political party system.

A resolution signaling the Democratic National Committee’s endorsement that Black lives matter, in no way implies an endorsement of the DNC by the Black Lives Matter Network, nor was it done in consultation with us. We do not now, nor have we ever, endorsed or affiliated with the Democratic Party, or with any party. The Democratic Party, like the Republican and all political parties, have historically attempted to control or contain Black people’s efforts to liberate ourselves. True change requires real struggle, and that struggle will be in the streets and led by the people, not by a political party.

[…]
While the Black Lives Matter Network applauds political change towards making the world safer for Black life, our only endorsement goes to the protest movement we’ve built together with Black people nationwide—not the self-interested candidates, parties, or political machine seeking our vote.

+ A Maryland judge has refused to drop the charges for the six officers involved in the death of Freddie Gray in Baltimore, and has confirmed that each of them will face a separate trial. The judge also dismissed “charges due to prosecutorial misconduct” levied at DA Marilyn Mosby, an attempt by the defense to take her off the case.

+ Black Lives Matter activists and the ACLU are speaking out against proposed new rules for attendance at the LAPD Board of Police commissioners; there’s concern that the proposed rules, which include “behaving in a civil manner” and ban “impertinent, personal or profane remarks” can be interpreted to restrict freedom of speech. Speaking of California and the LAPD, new data reveals major racial disparities in California’s policing; black people make up only 6% of Californians, but represent 17% of arrests and a full 25% of in-custody deaths. Also related, some LAPD will begin wearing body cameras, but also officers will be able to review their own body camera footage before making a report of any incident and the footage won’t be available to the public unless there’s a criminal case.

+ A settlement was reached in a federal class action suit concerning California prisons’ use of longterm solitary confinement, with some prisoners in SHU for longer than 10 years. The settlement introduces new guidelines, which could have a major impact for many incarcerated people.

+ Kim Davis, the Kentucky county clerk who just really, really does not want to give our marriage licenses to same-sex couples, is trying once more to get a judge to back her. Two other Kentucky county clerks, Casey Davis and Kay Schwartz, are also refusing to issue them. It does not seem likely that a judge will back Davis; it’s more probable that she’ll be held in contempt of court. 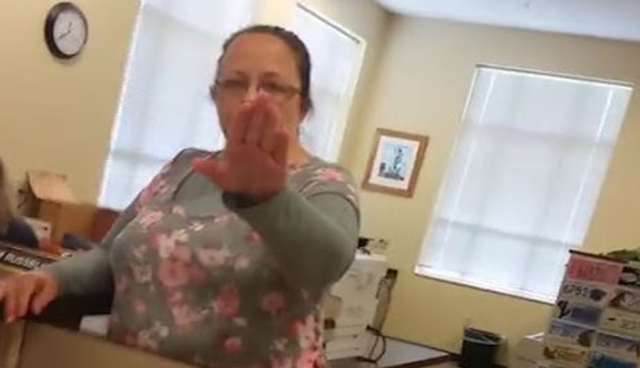 + A 16-year-old girl and her 17-year-old boyfriend are both being charged with felonies for consensually exchanging nude photos in texts. Specifically, she was charged with being both the adult perpetrator and minor victim of sexual exploitation of a minor and having her own photo in her possession; her boyfriend was charged with five counts of sexual exploitation of a minor, some for possessing his girlfriend’s photos and some for making photos of himself. It doesn’t appear that the couple shared the photos with anyone except each other; they were discovered in the course of “an investigation of other explicit photos that were being shared among teens without the consent of the person or persons pictured.” The sexual exploitation charges were dropped against the girl in favor of the misdemeanor “disseminating harmful material to minors;” she has to “pay $200 in court costs, stay in school, take a class on how to make good decisions, refrain from using illegal drugs or alcohol, not possess a cellular phone for the duration of her probation and to do 30 hours of community service.” Her boyfriend, against whom the felony charges still seem to stand, faces prison time and the possibility of having to register as a sex offender if convicted.

+ Northern Illinois University professor Wendy Bostwick has earned a a National Institutes of Health grant to study health and microaggressions for bisexual women. She’ll work with 125 women from the Chicago area, with a focus on women of color.

+ Along with higher risk of mental illness, poverty, domestic violence and sexual assault, research finds that bisexual and/or questioning women have higher rates of eating disorders than straight women or lesbians.

+ In the backlash after heavily edited videos were released surrounding Planned Parenthood’s participation in fetal tissue donation, fetal tissue donation has begun to decline, threatening the research it goes to. Reuters warns that “efforts to reduce an already-scarce supply could set back research on birth defects, spinal cord injuries, Parkinson’s disease, eye diseases, and vaccines and treatments for HIV/AIDS, to name a few.”

+ A piece on Chouf, a Tunisian feminist group working for the safety and support of lesbian, bisexual and trans women.

“We founded Chouf [because of] an urgent need to create a safe space, free from lesbophobia and transphobia, where women’s voices find their place and their value,” said one of the organisation’s principal founders, who wished only to be identified as Salander. “Our goal is to work on the double oppression regarding women in our patriarchal and misogynist society and also to focus on bodily and sexual rights.

“Besides, at the beginning we were three people – a lesbian, a bisexual and a transsexual – who felt the need to find themselves in a space that believes in a redefinition of feminism and that gives voice to all Tunisian LGBT women. We also value our ‘Tunisianity’ and our north African, African and Arab origins.”

+ A piece on the situation for men seeking men on Ashley Madison in countries where same-sex relationships are illegal after the hack.

+ Karen Danczuk, a former Labour Councillor for the Kingsway Ward to Rochdale Borough Council, has come out as bisexual in response to what was apparently a former partner trying to extort her by threatening to out her.

I'm sick of people trying to make money off me so let me get it out now. Im bisexual…I admit it. So ex G friend your plan has failed 👊👊 KD

+ A new study finds that about about 30% of Israelis identify as neither heterosexual nor homosexual.