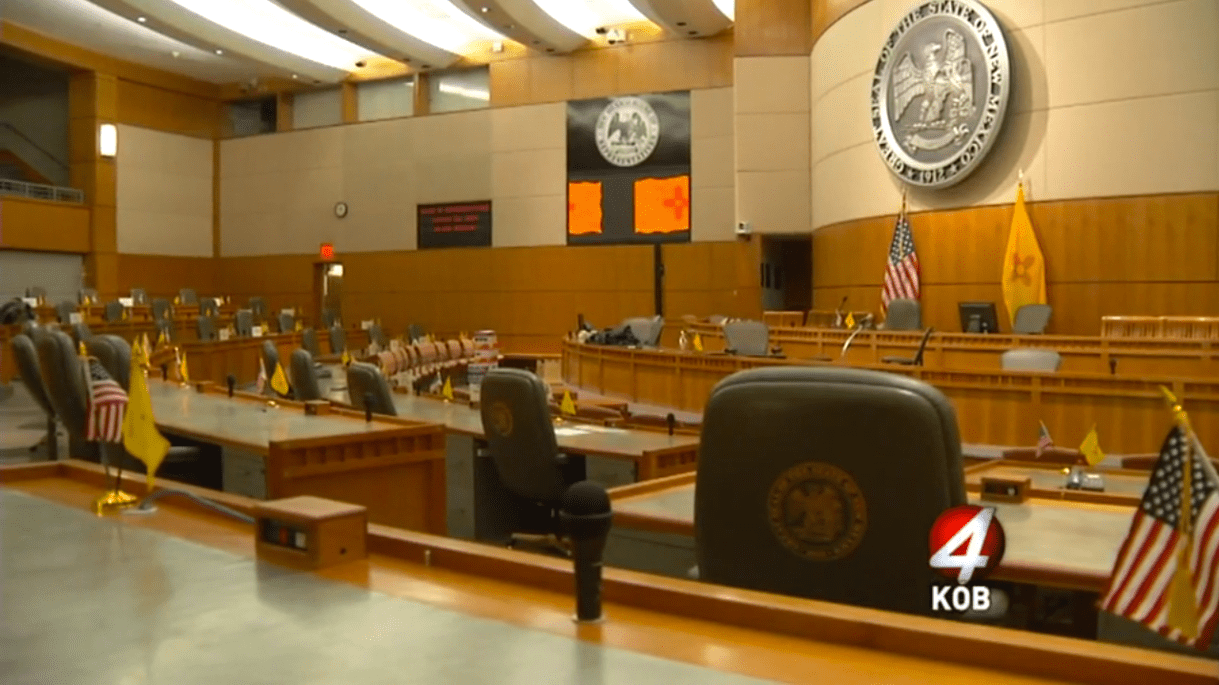 + New Mexico’s state legislative session hasn’t begun but an anti-LGBT bill was pre-filed to be considered in 2016. Republican state Reps. David Gallegos and Nora Espinoza filed HB55, which they call a “religious liberty” bill, but which in reality would allow businesses and individuals to discriminate against LGBT people by citing their religious beliefs. We’ve seen these kind of bills in the past and now that marriage equality was won in June, it seems they’re popping up even more in order for Republicans to make legal exemptions for themselves and openly discriminate against LGBT people. In this case, New Mexico already filed a “Religious Freedom Restoration Act” but the state’s Supreme Court ruled unanimously in 2013 it doesn’t justify anti-gay discrimination. Gallegos and Espinoza’s bill seeks to redefine terms but ultimately has the same goal as the RFRA. The bill would expand the definition of the legal term “person” to include “a limited liability company,” “any legal or commercial entity,” or any “business trust, estate, trust.” It would also add a definition for “free exercise of religion”: “an act or a refusal to act that is substantially motivated by religious belief.” In real life circumstances, this could mean health care companies can refuse service to LGBT people, adoption agencies and social services can prevent same-sex couples from adopting, in addition to businesses not selling their services or goods to LGBT people. The bill might not even make it to the 30-day legislative session, which begins January 19th. It’s up to the governor to decide which items are discussed during the short session. Governor Susana Martinez will probably focus on the state’s budget.

Just as a sidenote, what’s up with all these Republican Latinos? It’s incredibly disappointing to see Latinos create legislation like this and also, in general, side with a party that has no interests in their people.

+ Indiana can’t stop, won’t stop with the discriminatory bills. This time Republican state Sen. Jim Tomes proposed a bill that would make it a crime for transgender people to use public bathrooms and locker rooms that correspond to their gender. Tomes’ bill would send “someone to jail for up to a year and fine them as much as $5,000 if they were convicted of entering a bathroom that does not match up with their birth gender.”

+ Newly elected Kentucky Governor Matt Bevin followed through with his campaign promise to Kim Davis to remove state clerk’s names from marriage licenses. [eyeroll] Good thing being a governor doesn’t mean you’re a fairy godmother granting wishes across the land but an actual lawmaker who has to deal with legal repercussions including settling up with lawyers who won a historic Supreme Court case. Bevin is legally responsible to pay more than $2 million to the team of attorneys who represented same-sex couples trying to marry in the state in a case that went all the way to the U.S. Supreme Court. The Courier-Journal reports:

And under federal law, the governor has no choice but to pay them. To ensure “effective access to the judicial process” for “persons with civil rights grievances,” the losing side must pay the winner’s legal fees in an amount the courts decide is reasonable.

+ Washington State Attorney General Bob Ferguson urged the state’s Supreme Court to uphold a lower court’s decision finding that a local florist violated the state’s anti-discrimination law when she refused to provide flowers for a gay couple’s wedding in 2013. “As the Superior Court recognized, it is illegal in Washington for a business to offer services to opposite-sex couples yet refuse those same services to same-sex partners,” Ferguson said in a statement. “My office will not stand for discrimination, and I am confident that the Supreme Court will agree.” The Benton County Superior Court ordered Barronelle Stutzmann, the owner of Arlene’s Flowers in Richland, Wash., to stop discriminating and pay a fine of $1,000 for breaking the law and $1 to cover the state’s legal fees. But of course, she is represented pro-bono by right-wing, anti-LGBT organization, Alliance Defending Freedom, and has appealed the ruling to the Washington Supreme Court.

+ Tennessee House Rep. Rick Womick thinks the state should just stop issuing marriage licenses altogether to avoid issuing same-sex marriage licenses, citing his religious beliefs that marriage should be between one man and one woman. 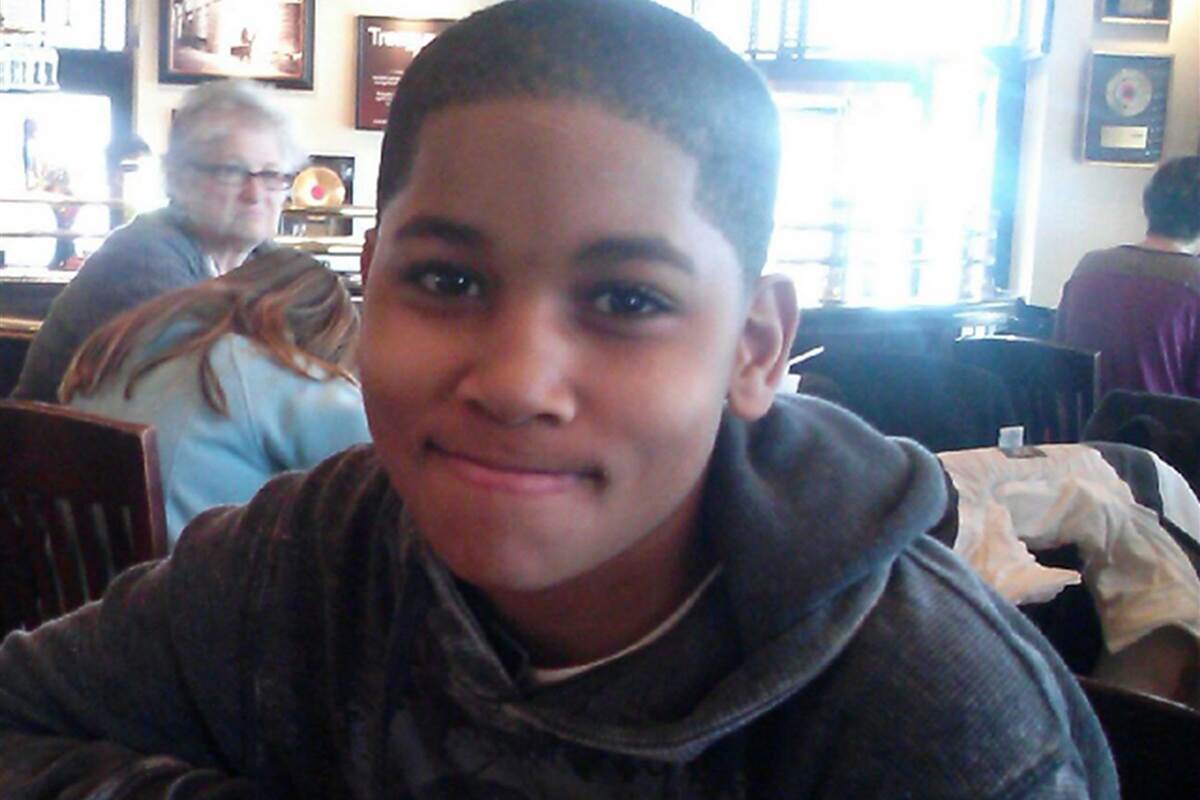 + In really sad/enraging/disappointing news, a grand jury in Ohio decided not to bring charges against Cleveland police officers Timothy Loehmann and Frank Garmback for the shooting death of 12-year-old Tamir Rice in November 2014. Tamir Rice was playing with a toy gun outside a recreation center when Loehmann shot him less than two seconds after arriving on scene, all of which was taped on surveillance cameras. Cuyahoga County Prosecutor Timothy J. McGinty said a bunch of bullshit at a news conference to justify the reasoning behind the lack of indictment, but can you really justify murdering a child? Apparently, if you’re a police officer, you can! Because Loehmann and Garmback thought the toy gun Tamir Rice was playing with was real — even though Ohio is an open-carry state, where citizens can legally have guns out in the open — the jury found they were “afraid for their lives” and legally justified for using legal force.

McGinty said the video footage made it “undisputably clear” that Rice was reaching for the toy gun — which was “indistinguishable” from a real gun — just before Loehmann opened fire.  ABC News reports:

McGinty said today that the law gives the benefit of the doubt to officers who must make “split second” decisions when they believe their lives are in danger… McGinty said it would be unreasonable for the law to require the officers to wait to determine if the gun Tamir had was real. “It became clear” that the officers’ actions were not criminal, McGinty told reporters.

The news comes after a year-long investigation which Rice’s family says was all sabotage on part of McGinty.

It has been clear for months now that Cuyahoga County Prosecutor Timothy McGinty was abusing and manipulating the grand jury process to orchestrate a vote against indictment,” the Rice family attorneys said. “Even though video shows the police shooting Tamir in less than one second, Prosecutor McGinty hired so-called expert witnesses to try to exonerate the officers and tell the grand jury their conduct was reasonable and justified. It is unheard of, and highly improper, for a prosecutor to hire “experts” to try to exonerate the targets of a grand jury investigation.

The city will conduct an “administrative review” of the incident. Rice’s family renewed their request for the Department of Justice to conduct their own review. “As the video shows, Officer Loehmann shot my son in less than a second,” Rice’s family said in a statement. “All I wanted was someone to be held accountable. But this entire process was a charade.”

Many took the streets to protest the failure to indict in New York City and many protests around the nation are planned for today.

+ Chicago police accidentally killed Bettie Jones, a 55-year-old black mother of five, when they were responding to a domestic disturbance near her home Saturday morning. Officers also killed her upstairs neighbor, 19-year-old Quintonio LeGrier, whose father, Antonio LeGrier, initially called the police. Antonio LeGrier had invited his son Quintonio to a family gathering but he chose not to go and when Antonio returned home early Saturday morning he said Quintonio was a “little agitated.” His son began banging on his bedroom door, trying to knock it down. That’s when Antonio called the police and called his downstairs neighbor, Jones, to warn her about his son and to not to open the door except for police. It’s unclear what happened next but Antonio said he heard Jones say “whoa, whoa, whoa” and as he came downstairs, he heard gunshots and then saw Quintonio and Jones lying on the foyer. In a statement, Chicago police said, “Upon arrival, officers were confronted by a combative subject resulting in the discharging of the officer’s weapon, fatally wounding two individuals.” They also admitted to shooting Jones: “The 55-year-old female victim was accidentally struck and tragically killed. The department extends [its] deepest condolences to the victim’s family and friends.” The officers involved were put on administrative duty but that’s all the information we know about the officers involved. Many Chicagoans are asking why officers “shoot first and ask questions later.”

+ According to various sources, U.S. police killed more people in 2015 than in 2014. The total varies from source to source but ranges between 975 and 1,186. The Washington Post puts the number at 975 with 37 of them being Black and unarmed, The Guardian at 1,126 and the website killedbypolice.net at 1,190. According to killedbypolice.net, 1108 people were killed by police in 2014.

+ Norman, Oklahoma is the first city in the state to adopt nondiscrimination protections in employment, housing and public spaces, covering sexual orientation and gender identity. In an unanimous vote, the city council approved the redefinition of the word “sex” in the city’s existing Human Rights Ordinance to include gay, lesbian, bisexual, and transgender people.

+ The Missouri Courage Scholarship is teaming up with Pride St. Louis to provide $20,000 in scholarships to rural LGBT students around the state. The scholarship’s founder, Jacob Wilson, who is getting his PhD in Higher Education, created the scholarship because he understands how hard it can be to be gay in a rural town. “It’s the start of changing hearts and minds in areas that have really been, frankly, neglected by a lot of LGBT groups,” he said.

+ It might be possible for same-sex couples to produce children who are biologically related to both of them, according to a new science article. Though it’s only been tested in mice, scientists can use stem cells to create eggs and sperm through a process called in vitro gametogenesis. Here’s the example Mic gave:

Suppose two female-bodied people wanted to have a child through IVG. Doctors would extract cells from one female person and use them to form gametes of the opposite sex — in this case, sperm. Then, they’d combine that sperm with a “naturally” derived gamete — an egg — from the other partner, thereby forming an embryo.

“For lesbian couples, one or the other would be able to have the embryo implanted in her uterus so she could carry the pregnancy to term, avoiding entirely the need to rely on individuals outside the relationship to assist in their reproduction,” [the article’s author, Sonia M.] Suter wrote.