If you’re outside the US and are like “why would your federal government be shutting down, that sounds alarming,” or even an American with the same question, you can read about the phenomenon in more detail here, but basically: a “government shutdown” occurs when different parts of the government, like the President and one or more chambers of Congress, cannot agree on how federal money should be allocated before the end of the budget cycle. Since an approved budget plan isn’t enacted, many federal agencies don’t have access to federal funds and can’t function. This is possible in the US because the branches of government are separated, and can’t necessarily override one another if they disagree. The budget disagreement at hand right now is over whether the government should defund Planned Parenthood.

A shutdown doesn’t mean that the government stops doing stuff or that anarchy reigns; many federal agencies keep operating, but also many civilian federal employees aren’t allowed to work and aren’t paid for the duration of the shutdown. Lifehacker has an explanation of what a government shutdown would mean for the average US citizen. 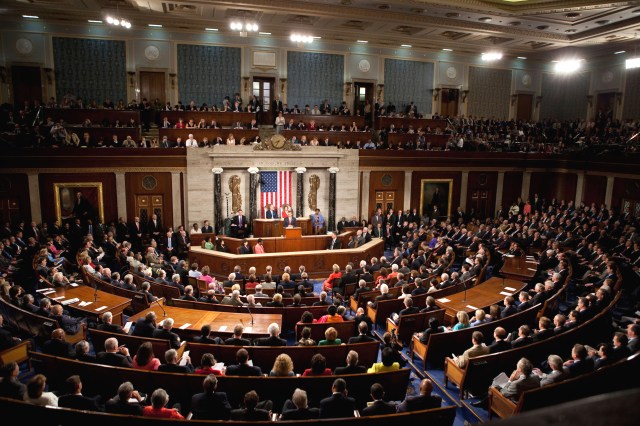 + The New York Times has an examination of how the fight for non-discrimination ordinances that cover sexual orientation and gender identity is increasingly becoming a local one, not a statewide legislative push.

+ If you’ve been following the career of Arizona’s Maricopa County sheriff Joe Arpaio, whose claim to fame is a deep passion for racially profiling Latinos and pushing the envelope of inhumane prison conditions, you might be interested in this story where his ex-lawyer talks about how determined Arpaio was to continue his racist policing.

Casey said he told Arpaio repeatedly of the difference between illegal immigration, a civil offense, and actual illegality — that is, breaking a law enumerated in a criminal code.

“If you have a truck with 16 [immigrants] in the back, and they tell you they’re here illegally, and they give a hand gesture to indicate their defiance, you still cannot hold them, you cannot detain them, they’re gone. Released,” Casey said he told Arpaio. “You’re borrowing trouble if you hold them.”

The sheriff, Casey said, would instead seek all exceptions to the rule, looking for loopholes to continue to conduct traffic stops despite Snow’s order.

+ New York City has joined the federal surveillance program “Countering Violent Extremism”, a program with disproportionately targets Muslim youth for surveillance even though, as Feministing points out, “three-fourths of law enforcement agencies in America list right-wing extremists as their biggest threat.”

+ The mother of Jeremy McDole, a wheelchair-using black man killed by Delaware police, was arrested for threatening the woman she believes called 911 on her late son.

+ This Oregon bakery was ordered by the court to pay $135,000 to a lesbian couple they refused to provide service to; now they’re refusing to do that, too.

+ If you’re big on SCOTUS deep cuts, you might remember some guy shouting anti-gay stuff during the Supreme Court arguments on same-sex marriage.

A Q&A regarding Mr. Grogan on the SCOTUSblog liveblog during the oral arguments.

Today, we unexpectedly get some closure on that: Rives Miller Grogan, apparently an experienced shouter at public political events, has plead guilty to the shouting in question and faces up to one year in prison.

+ HRC has a new report on bisexual visibility in the workplace.

+ Did Kim Davis meet with the Pope this week? Kim Davis’s lawyer says so, and the Vatican says it “does not deny the meeting took place”.
Unsurprisingly, LGBT Catholics are not thrilled, especially since LGBT advocates were denied an in-person meeting with the Pope.

“It was a kick in the stomach this morning,” said Nicholas Coppola, a Catholic New Yorker, referring to the meeting between Kim Davis and the pope at the Vatican Embassy in Washington. “I was the most hopeful with this pope and so this has been the biggest letdown.”

+ A Detroit Black Lives Matter mural, and an explanation of why it doesn’t say “All Lives Matter.”

“There is this huge disconnect between the cultural teachings and our bodies as women. [I want] to advocate for taking back our teachings about our bodies that our ancestors knew before the boarding schools or Indian Health Services came,” says Gonzales. “I’ve worked at Indian Health Services. I was not happy with the care that the Native women were receiving there. I needed to do something to step up and support Native women.”

+ Caitlyn Jenner will not be charged for the car crash on the Pacific Coast highway last year.

+ Skylar Marcus Lee, a 16-year-old trans activist, took his own life this week. He is mourned by his community in Madison, WI, and a memorial service will be held on Friday. He was a beloved youth leader who wrote and spoke powerfully on LGBT rights and racial justice.

+ Southerners on New Ground (SONG) attempted to make a statement at North Carolina Durham Pride in solidarity with #SayHerName, and had the mic taken away from them. Here’s their statement on what happened:

“A large #BlackLivesMatter Contingent made up of approximately 50 local activists and organizers with groups including Southerners on New Ground, Queer People of Color Coalition, El Cambio, and Get Equal was forcibly silenced and removed as they attempted to march in the NC Pride Parade, held annually in Durham, NC. The group began the parade with a banner that read, “No Pride for Some of Us Without Liberation for All of Us: We Can’t Breathe.” They were greeted with enthusiastic support of Pride Parade attendees as they marched through the streets chanting “Say Her Name” and “Black Lives Matter.” As registered Parade participants, the group was allotted two minutes to address the audience at an announcing venue located at the intersection of Main & Broad Streets. Spokespeople for the group approached a Pride Committee official who was serving as parade mc and requested use of the microphone, which they intended to use to amplify a statement of solidarity with countless murders of black queer and trans women as contingent members joined arms in a show of solidarity. The Pride Committee official handed over the microphone, but not before requiring that the group not “say anything offensive.” They began to read the prepared statement: “We disrupt your Pride so that you are reminded that our Pride also matters and that we are proud of our roots. We are proud to have ancestors and kindred in folks like Miss Major, Storme DeLarverie, Sylvia Rivera and Marsha P Johnson who actively demonstrated what resistance meant by putting their bodies and their lives on the line for our collective survival.” At that point, the Pride Committee Official physically interrupted contingent spokesperson Laila Nur, a queer black woman, local organizer, and musician — by stepping on her feet and then snatching the written statement and microphone out of her hands. The #BlackLivesMatter contingent was then surrounded by Pride Security and Durham Police and told that if they did not leave the area they faced immediate arrest.”

+ Indiana’s Memories Pizza, which vowed to never cater a gay wedding, appears to have now catered a gay wedding unwittingly.

+ This is a dude who was invited on live television to talk about Edward Snowden and just talked about Edward Scissorhands instead.