26. The ultimate sense of coziness you’d experience while wearing one of these perfect-for-prairie-winter snuggies: 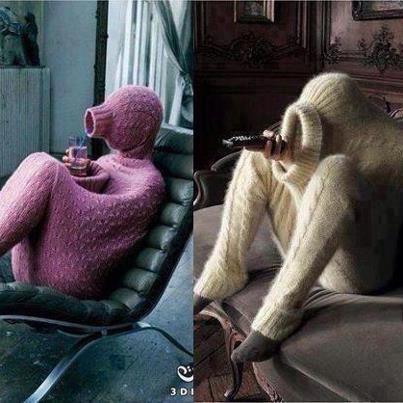 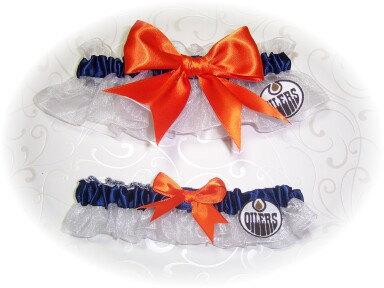 via maybeedmonton.tumblr.com
okay, THIS IS TAKING IT TOO FAR.

29. Feeling triumphant when you make it to a gay bar when it’s 40 below

30. Summer days that go on forever

34. The sense of mystery in not knowing if a woman is the gay kind of butch, or the works in the oil industry or on a farm kind of butch. 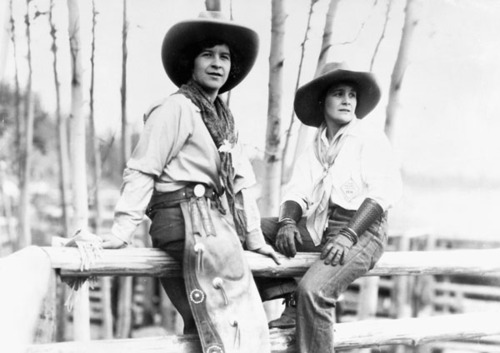 35. The sense of accomplishment when you discover that she is, in fact, gay

36. The smell of dust on a gravel road

37. Thunderstorms. I love how clean I feel after having danced in the rain, when the air smells so fresh and the summer dust has been washed from my skin. 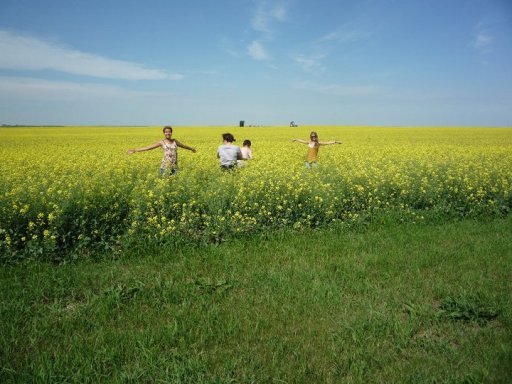 That’s me on the far left. Canola fields are fun, but what no one ever tells you is they’re also full of things that scratch and bite your legs!

39. Cowboys. I know it’s a stereotype, but yes, they do exist. Every now and then I see a man in full cowboy-gear just walking around downtown going about his business. When I was a waitress, I once served an entire table full of cowboys. They tipped well.

40.  The last remaining grain elevators. Between the 1890s and the 1930s, almost 6,000 grain elevators were built across the Canadian prairies. My Opa worked in one when he first came to Alberta from Holland in the 1940s. Unfortunately, grain elevators weren’t the safest places – all that wood, grain dust, and flour led to many fires and explosions. Today, hardly any grain elevators remain, but some have been turned into museums.

41. Having a whole train car or bus to yourself

42. Road trips to the mountains 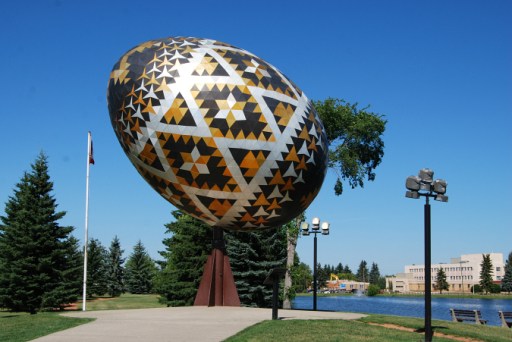 44. Hay bales against the sky 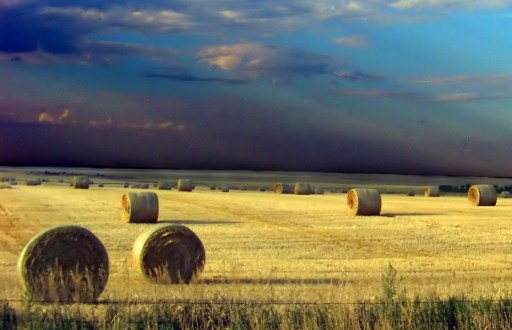 46. Vision. Your line of sight goes so far in the prairies, especially when you’re in the country, or in Saskatchewan. When there’s a thunderstorm and lightning lights up the whole sky, it looks like you can see the whole world and everything is bursting with electricity, energy, light.

48. The fact that the Idle No More Movement, Universal Healthcare, and the Suffrage movement all started here 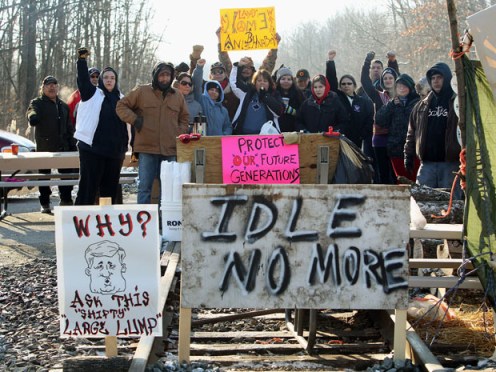 49. A newspaper article in which police officers spend six hours on snowmobiles trying to herd a cow and bull who’ve gotten loose in the city. There’s really nothing more Canadian-prairie than this article.

50. Waiting at the doctor’s office and finding an adorable picture of a young K.D Lang in Alberta Views Magazine. 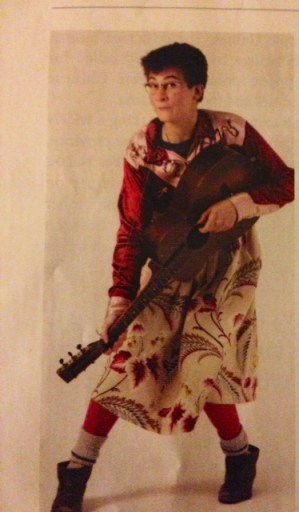