This year at A-Camp, we’ll spend a morning making cards and writing letters for queer and trans women incarcerated in the Prison Industrial Complex across the U.S. We were able to organize this through the work of Black and Pink, described by National Director Jason Lydon as “an open family of LGBTQ prisoners and free-world allies that support each other.”

by Chris Ward via Black and Pink

Black and Pink fosters relationships of support between LGBTQ prisoners and free-world allies that transgress the prison walls through coordinating pen-pal relationships, producing monthly newsletters that are distributed to over 8000 incarcerated people, and doing courtroom support and know your rights trainings. Black and Pink’s work is driven by the prisoners in the open family, with the goal of liberation via an abolitionist framework that centers on the Prison Industrial Complex (PIC), but understands the many other systemic issues that impact and respond to the PIC. In his latest message to Black and Pink’s membership, Lydon discussed how addressing climate change is a critical piece of the puzzle to work toward liberation:

“You may also remember when Hurricane Katrina hit New Orleans. The Orleans Parish Prison (OPP) was directly affected by the storms and the racist neglect of the government. …Extreme weather, like the increase in destructive hurricanes, is a consequence of global climate change. It is important that we remember to include attention to our planet as we continue in our struggles know that once there were no prisons, that day will come again.”

Lydon spoke with Autostraddle about Black and Pink, why writing letters is important to the physical and emotional safety of incarcerated queer and trans people, and the meaning of advocating for prison abolition in 2015.

Sending letters to incarcerated people is a simple and straightforward act of community, support, abolition and resistance. Lydon explained that letters generate visibility. “So when your name is called,” he said, “there’s more of an understanding that you are connected to something else beyond the prison walls.” This can make people safer in prison. He continued,

“Mail call generally happens in an open space. So when your name is called, other people notice that your name is called, and they know there are people on the outside looking out for you, and so if they’re going to harm you or harass you, they know there could be repercussions for doing so… Relatedly, if your name is never called, people notice that as well. They notice that there’s nobody looking out for you, that you are at higher risk for being targeted for violence, harassment, exploitation by other prisoners or prison staff, and coerced into dynamics that are unhealthy in order to get access to commissary funds, or to get access to basic needs. Or simply that they can have power and control over you, recognizing that nobody is going to be looking out for your benefit on the outside. So that’s one piece — it reduces the harm experienced.” 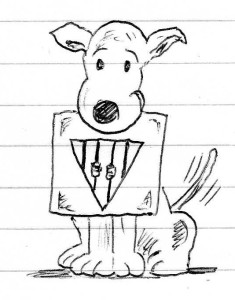 via Black and Pink

“The experience of getting a letter is one of the most important moments or feelings of connection to something. So not only represents connection, it IS connection for prisoners that are receiving mail. It’s a moment to be thinking about something beyond the prison walls, to be reminded that someone is thinking of them. Hopefully that leads to reductions of self-harm and suicide, because LGBT folks and prisoners in particular have enormously high rates of suicide or self-harm, and so we are providing ongoing connection between people on the outside and the inside.”

“We [describe ourselves as an open family] because prisoner members use that terminology to us. They say, you are my family, this is my only family. Black and Pink is often the only resource, the only community, that our members have a connection to, and in the free world have an opportunity — and I would suggest a responsibility — to respond back to that, and to work on building family, building connections with incarcerated folks that the movement for queer and trans liberation as it began, has always included prisoners.”

Lydon discussed this history further in context with the current state of the movement for trans and queer liberation:

“Too often we focus on things like marriage and the military, but with that we forget the huge part of where we came from, which is about criminalized queer and trans people being at the center of our movements. Black and Pink is one of the ways people can connect to be part of the roots where we come from and also center the lives of black transgender women, of white gay men convicted of sex offenses, of queer and trans people who are navigating policing on a regular basis. And so there’s a lot of potential for our movement to grow and be transformed by relationships with prisoners.”

Black and Pink is an abolitionist organization, which means it organizes with an eye to end the Prison Industrial Complex. Lydon explained, “abolition is both an end goal and the method for getting there.” In the context of Black and Pink’s work, Lydon said,

“We don’t work on any efforts that we are going to have to abolish later. So what we mean by that is we would work to end solitary confinement… but it would be called what Ruthie Wilson Gilmore calls ‘non-reformist reform,’ or what I always call ‘abolitionist reform.’ This means that if we eliminated solitary confinement, that would reduce the harm that is experienced by prisoners while reducing the power of the prison system — as opposed to other reform efforts, like increasing the number of cameras in the prison system. …Increasing surveillance in a system that is already hypersurveilled would put prisoners at more risk for disciplinary tickets… We’d see prisoners getting in more trouble by being recorded more often. We support efforts that are taking power away from the prison industrial complex.”

Black and Pink’s work is driven by prisoners in the open family. Lydon said, “…we always work with leadership support for prisoners: those that are most affected by the criminal legal system are the ones who are making the decisions about the efforts we are going to be working on.”

A Decade of Black and Pink

Black and Pink began ten years ago, and to mark the anniversary, there will be a national gathering in Boston this fall. Looking ten years further, Lydon said,

“Ideally, [in ten years] we wouldn’t exist right? Because we’d win and abolish prisons so we wouldn’t have to exist. Sadly, I don’t think we will likely win in ten years, but you never know — we’re gonna keep fighting and trying. That said, in the meantime, one of my hopes for the gathering in October is that we’ll have a new national structure, so rather than Boston being where all the leadership comes from, we will have a new national leadership circle of formerly incarcerated leaders around the US… The founding director is a cisgender white man – while I was still incarcerated, I’m not part of the group of people directly affected by incarceration and mass-incarceration specifically in the US. It’s important that our leadership transform to look like and be those most affected.”

One of the best ways to get involved with Black and Pink is to start a pen-pal relationship with a prisoner. If this is something you are interested in doing, you can check out Black and Pink’s list of guidelines and things to consider, and if you decide it’s something you can and want to do, get started!

You can also join a local chapter in San Francisco, Denver, Boise, rural southwest Ohio, Chicago, Boston, New Orleans or New York City. Lydon said, “…what people are doing in those areas varies depending on what prisoner members have asked. …there’s a lot of ongoing support trying to bail people out of jail, accompanying folks to court, helping people when they’re getting out of prison reacclimate to society and get access to resources.”

by Sasha Taylor via Black and Pink

On a personal note, this will be my first time at A-Camp, and I am incredibly excited to build community with new and old friends atop Mt. Feelings. We know how important finding community and camraderie in queer and trans spaces are, and we are lucky to have it, whether it comes for you in 3D at A-Camp, 2D on Autostraddle dot com, somewhere outside the Straddleverse, or maybe in some fourth dimension I don’t know about. I think it’s important that we remember our incarcerated queer and trans siblings who can’t share in those community spaces, because of the violence of a Prison Industrial Complex that targets and preys on queer and trans people, particularly queer and trans people of color — black trans women especially. I hope we can spread some of the love and support that comes in buckets on the Mountain to them.