Compared to the rest of the continent, East Asia may be seen to be most accepting legally of LGBTQ people. Every country and administrative region in this subcontinent (China, Hong Kong, Japan, Macau, Mongolia, North and South Korea, and Taiwan) have either decriminalized homosexuality or — in the case of Korea — never criminalized homosexuality in the first place. Gender transition is also recognized in most of the region, with most countries requiring surgery beforehand. However, just like Central Asia, decriminalization does not necessarily mean safety. Anti-discrimination laws are not commonplace, same-sex marriages performed overseas aren’t necessarily recognized, and — similar to South East Asia — cultural norms hold a sometimes larger influence on the treatment of LGBTQ people than the legal system.

“There is no ‘massive cultural stigma’ against sexual minorities (a popular way to term the LGBTQ community in Japanese, sometimes shortened to ‘sekumai’). Rather, there is the general rule of ‘the nail that sticks out gets hammered down’ which states that anyone who doesn’t ‘fit’ will be pressured or metaphorically beaten into conforming,” says Loretto, President of Stonewall Japan, which connects international LGBTQ people based in Japan.”Queer Japanese people are already taught to keep their personal relationships on the down-low so that isn’t really felt as too much of a pressure.” Their description of Japan’s “Don’t Ask Don’t Tell” model for personal matters mirrors Fajar’s experience of her experience in Indonesia.

As Loretto notes, Japan already “has the ball rolling” when it comes to marriage equality, as a number of municipal jurisdictions have already allowed for “partnership certificates” for same-sex marriages. Even so, the process of getting cities on board with such certification is long and complex. “My city, Sapporo, just recently got the right to apply for partnership certificates but there were months of meetings about the pros, cons, feasibility, and even the desirability of partnership certificates,” explains Loretto, citing concerns such as potential high costs, lack of actual benefits, and divorce. 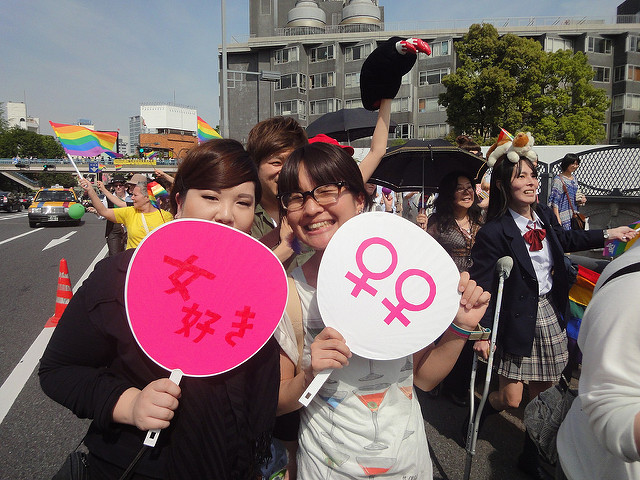 Anaraa Nyamdorj, Co-Founder of Mongolia’s LGBT Centre, draws some comparisons between South East Asia and East Asia. “I do believe that for a lot of South East Asian countries […] they’re still battling colonial heritage of draconian laws criminalizing same-sex consensual sex. For other Asian countries where our identities are not criminalised, most of us are still battling for full equality, for non-discrimination, and of course, although equal marriage is one of the main equality causes, rampant hate and violence, unemployment [and] poverty are all too real issues for us that need immediate attention.” The Centre faced immense issues in its early years due to concerns over their name “conflicting with Mongolian customs and traditions,” but they were allowed to register in 2009 and hosted their first pride in 2013.

Loretto does not believe the idea of LGBTQ identities being a Western invention is particularly representative of Japan, though interestingly they do note the use of English and Western concepts of gender and sexuality amongst LGBTQ people in Japan as a means of defining identity and educating others. “Most older Japanese terms are misleading or utterly inadequate in describing queer Japanese people’s experiences. I’ve never heard a queer Japanese person ever use a wholly Japanese term to identify themselves. There are certainly instances where we don’t have a word (ex. ‘fujoshi’, BL [‘boy love’]-loving girl), or they adapt an English term (ex. X-gender which is their equivalent of genderqueer/nonbinary/neutrois) but overall it’s been readily welcomed into their lexicon, culture, and identity.”

Taiwan’s marriage equality activists themselves had to battle with cultural norms denying the possibility of LGBTQ rights co-existing in Taiwan. One particularly effective tactic involved diving into local LGBTQ history. Chu-Yuan Teng from Marriage Equality Coalition Taiwan shared with Autostraddle a couple of news articles about historical attempts at same-sex marriage in Taiwan, both involving lesbian couples; one from the Taiwan Daily News in 1912 about a couple who ran away and eloped after the encouragement of one partner’s brother, and another from United Daily News in 1958, where another couple wrote to the Taiwan District Court asking for permission to marry, only to be turned down.

“Telling those stories about same-sex couples from [a] long time ago is what I will usually do when facing cultural challenges,” explains Teng. “From these stories, I tried to express that though Taiwan does have [the] Chinese cultur[al] background, our society is also open to multi-families.”

These efforts do have follow-on effects on other culturally similar countries, especially China. “Legalizing same-gender marriage can eliminate the gender norms from the law system of China and it will relieve stress from gender norms for everyone in China,” says Chinese gender and sexuality activist Li Maizi, part of the ‘Feminist Five’ that was arrested in 2015 for ‘provoking trouble’ and currently working as a coordinator for Rainbow Lawyers which works to promote LGBTQ rights in China. Li quotes Chinese Academy of Social Sciences sociologist Li Yinhe, stating: “Taiwan’s ruling proves that same-gender marriage is acceptable in Chinese culture, and is likely for the Chinese mainland to legalize same-gender marriage [within] a decade.” China’s LGBTQ community gained international attention in the last few years for so-called “sham marriages” between gay men and lesbian women, usually held to appease familial pressures while still maintaining their own queer relationships outside the marriage. 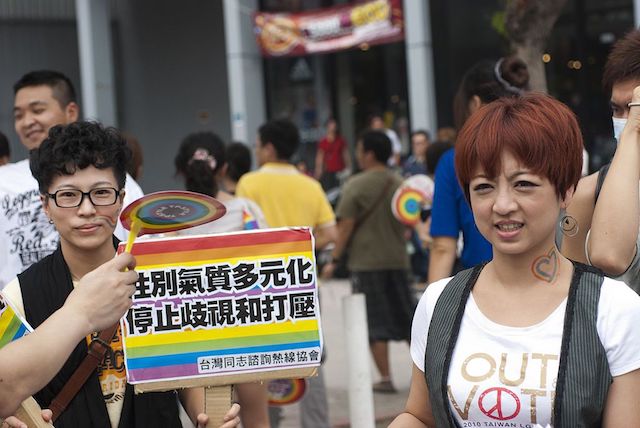 Teng hopes that their efforts will be a source of inspiration for the rest of the continent. “Maybe things are more complex in some other Asian countries, due to different racial or religious histories. But just like we’re inspired by the experiences of France or USA, I also think the trend of legalizing same-sex marriage will bring some effect to them.”

It’s clear that Asia’s immense cultural diversity and historical context brings with it immensely complex challenges and opportunities for its LGBTQ communities, whether their countries are more accepting legally and/or socially of their identities or are much more severe with their oppression. Taiwan’s ruling can serve as an inspiration for some to continue their efforts, but local needs and contexts will always take precedence.

That said, as Taiwan demonstrated, change is possible. As Nyamdorj stated: “As someone who’s been an LGBTI rights activist for the past 20 years, I can say that any progress anywhere around LGBTI rights has a direct, aspirational and inspirational impact on our community, giving us a push to strive for the same in our local contexts. Just because we’re Asian, it doesn’t mean that we have different ideas of love, commitment or cohabitation: they are [the] same because we’re human beings, and as human beings we want our love to be recognised, we want our relationships to be recognised, for us to have the same rights as straight, cis people.”

Special thanks to Yenni K, Jameel from My.Kali Magazine, Songket Alliance, and all respondents for their help.