I genuinely feel like I wrote the Thanksgiving leftovers Femme Brûlée post only a few days ago. I can’t believe it’s been a month! Where did December go? Maybe it’s just me but it always feels like this time of year flies by.  I’ve always thought it was no fair that most of the major holidays happen so close together and as a result are over in a blur. I would protest but there’s one thing I do at the holiday season that wouldn’t be sustainable if it lasted any longer, and that is eating my way through boxes of gingersnap cookies. 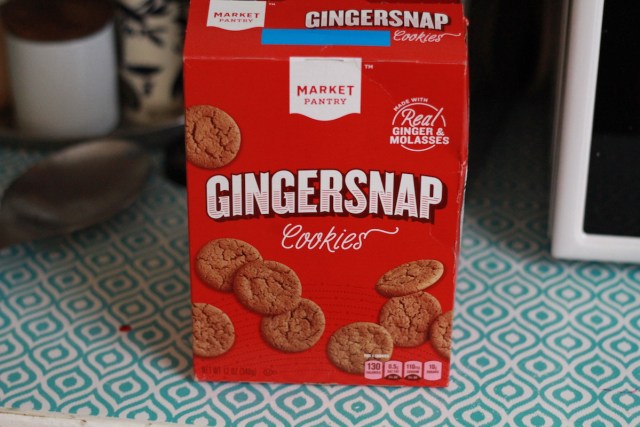 I know these are available all year, but I only ever want them in the month between Thanksgiving and Christmas. When that time comes, I. Go. Hard. I bought that box yesterday and it is now empty, and no this recipe doesn’t call for a full box of gingersnaps. I do come by my extreme gingersnap enjoyment honestly. I ordered my mom three pounds of these cookies last year as part of her gift and lets just say they were gone faster than you’d expect three pounds of cookies to be gone. I think that’s really what makes my love for gingersnaps so strong, one part is the crackly ginger spiced cookie perfection and the other is the nostalgia. The link they have to my favorite childhood memories, my favorite and only parent, and the magic of the holidays. Even as a child when our neighbors brought us giant trays of expertly decorated cookies, I still looked most forward to putting my pajamas on inside out, and dunking a gingersnap in a glass of milk while wishing for snow. Not that I had to wish that hard, we lived in upstate New York.

I was sitting on my couch in LA reminiscing about New York Christmases past when this recipe idea floated into my visions of snow flurries. Apple crisp is a pretty standard east coast winter dessert, and what could be a better edible representation of my childhood holiday memories than a pile of New York’s favorite fruit covered in warm spices and finished off with a gingersnap crumb topping? The answer is nothing. This is it. I added the pomegranate so this would have an extra level of winter fruit and I do not regret it one bit. It’s equally good without them though. This is absolutely one of my favorite recipes that I’ve created so far, both for it’s level of deliciousness and the fact that it’s super simple to make. It warmed my belly and my heart, and I hope it’ll do the same for yours. 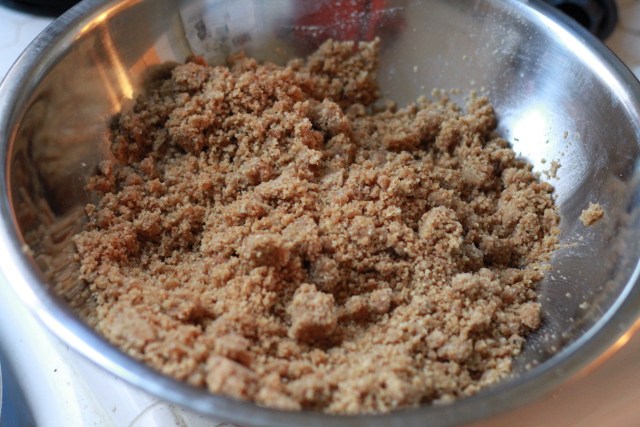 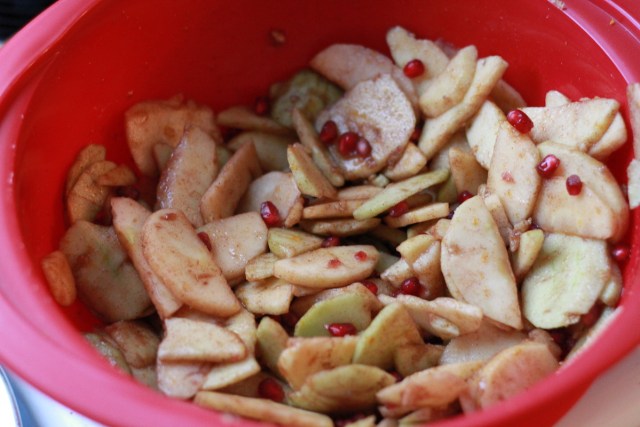 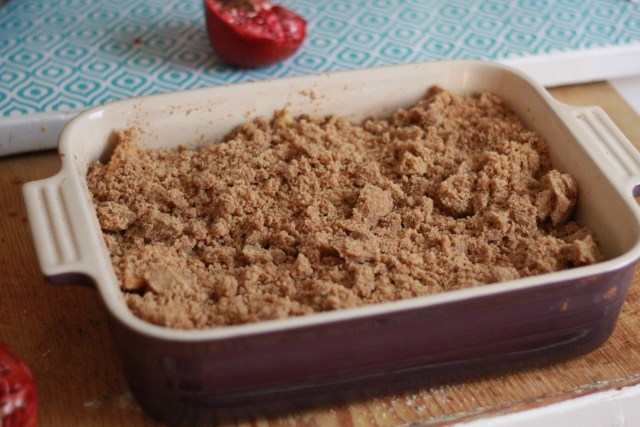 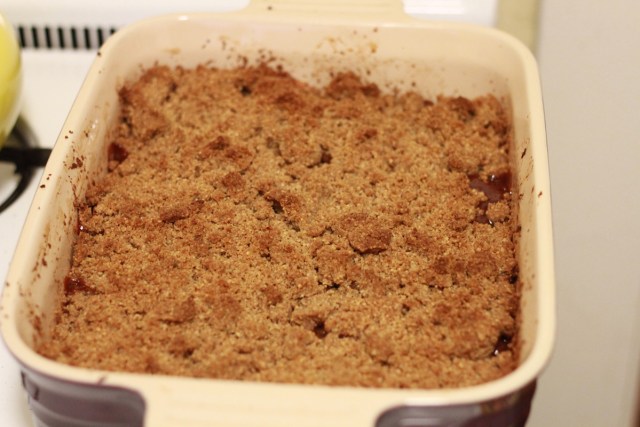 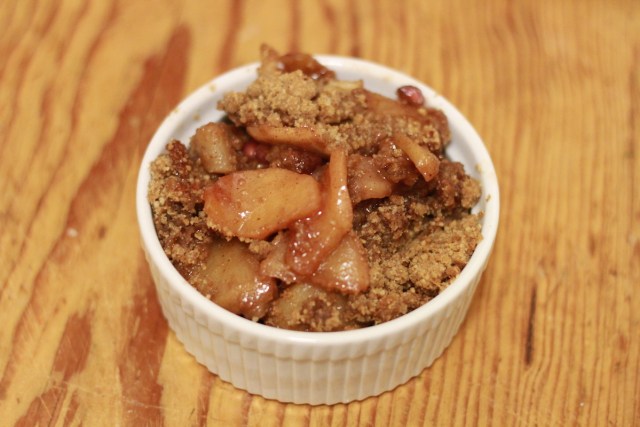 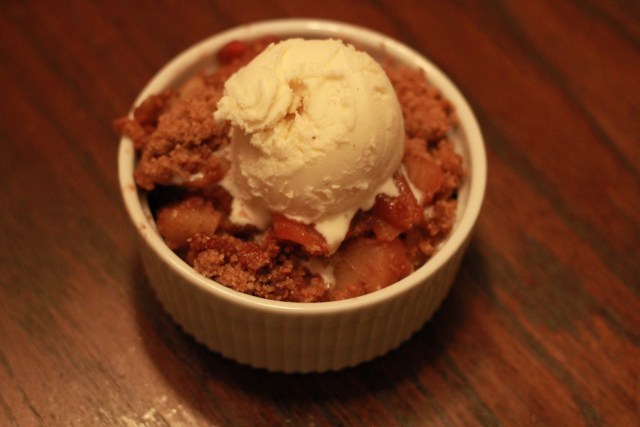