Howdy, space cowboys, and welcome to the official start of Hot 100 Season! Every spring, in the vein of lady-on-lady mag AfterEllen and lad-mag Maxim, we put together some sort of “Hot 100” deal right here on our very own website. However, our Hot 100 is different from theirs in that rather than ranking tons of famous women of all orientations, we do whatever we want with regard to who/what we want to rank.

In a completely unprecedented move, this year we’re repeating last year’s theme! Yup. Why would we do that, you may wonder? Well, we’ll tell you: because we got a shit-ton of traffic last time.

So: we’d like you to vote for the hottest/coolest lady-loving-ladies in the galaxy! Maybe you have some Megan Rapinoe/Julie Goldman/Amber Heard/Jenny Shimizu feelings, but maybe you’d rather vote for your girlfriend or Miss February or the third basemen on the opposing softball team or that girl with that tumblr or etsy store or indie video game you love. The only requirements are that your candidate is a real person (not a fictional TV character), identifies as a woman (cis or trans*) and is sexually oriented towards other women-identified humans (lesbian, queer, bisexual, pansexual, etc). Last year Rachel Maddow won, but we also got a bunch of non-famous people in there too and hopefully the same will happen this year.

The only difference this year is that we’re emphasizing that this isn’t just about being hot, but also about being cool, because “hot” doesn’t only mean “good-looking”! Think of it as an umbrella term that encompasses things like being smart or funny or good at making quiche. “Hot” means whatever you want it to mean. 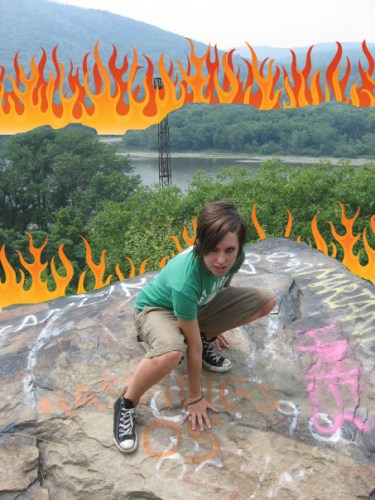 Additionally, unless Ellen Page or Kristen Stewart comes out in the next week and a half, neither is eligible for this list. I’m sorry. My heart hurts, too.

You will be asked to vote for only 5 women-identified humans, so maybe mull it over for a while.

Each person is only allowed to vote ONCE.

Each person can only vote for one person one time, if you vote for the same person 2-5 times on one ballot, your ballot will be thrown out.

You have one week — until May 8th — to vote! We’ll announce the winners as soon as we have a final tally!