The heavens declare the glory of Orphan Black! By which I mean: Tatiana Maslany, the best actor working in television right now, returns for a brand new season of BBC America’s sci-fi super show this Saturday night (April 18) at 9:00 p.m. To celebrate, I’ve crafted for you a Clone Club Guide to Emojis. I think you will find it very useful! 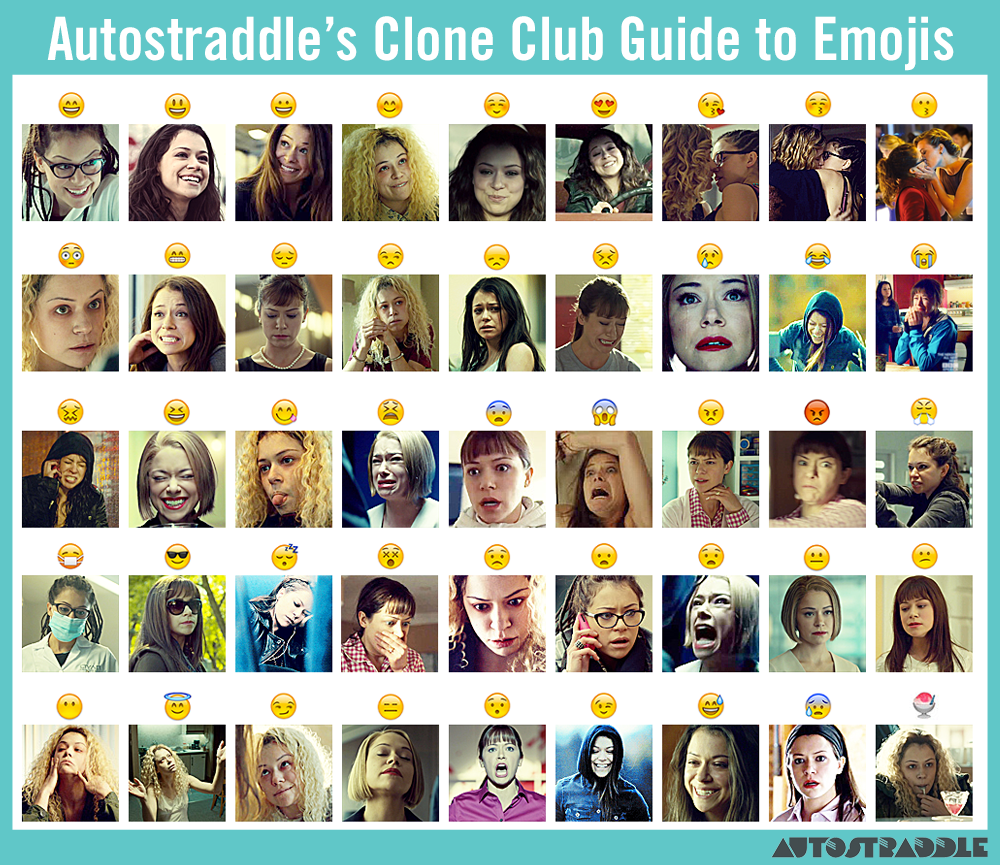 How psyched are you for the new season of Orphan Black? I AM SO PSYCHED. I’ll be recapping season three right here on Autostraddle dot com, so stay tuned for those shenanigans.