Over the last few years, sex toy companies and stores have asked us to review their toys in exchange for, you know, their toys. Today we’re reviewing the Puff Suction Vibe! 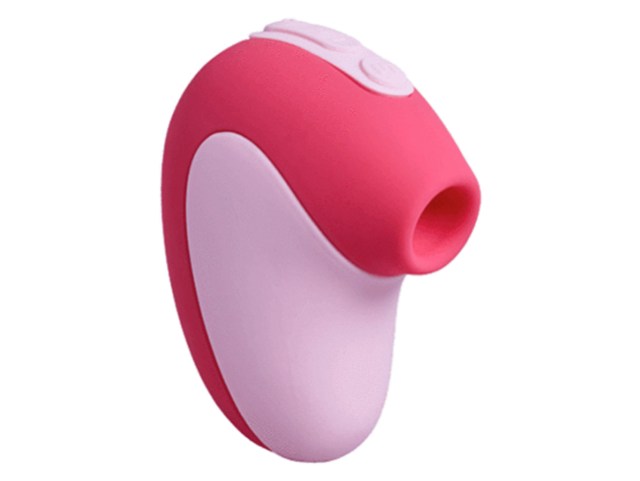 Eight minutes. That’s how long it took me to come when I used Puff for the first time.

It wasn’t a light sprinkle of a orgasm either. It was a flat on my back, one leg out in front of me and the other draped behind over the back of the couch while I said, “What the fuck?” repeatedly to the ceiling after I was done — type of orgasm.

It’s modest and unusual when you pop it out of the package and examine it for the first time. Everything that I have played with or owned from Unbound Babes has been an absolute hit. The Bender is a favorite of a few of my homies, I haven’t met an ass that The Shimmy hasn’t made squeal with joy, and The Clitoral Jolt gel makes my clit feel like a Mount Olympus after party.

The surprising feature was the sensation; Puff is the first toy I‘ve had that is powered by suction. My body’s response to it was unlike any other experience I’ve had while using a toy, which may explain why it took me under ten minutes to turn into a hot and sweaty, but very pleased mess, in the middle of the afternoon. I have heard quite a bit about suction powered toys and have been aching to try one, primarily because I love toys that can be pleasurable to all anatomies. It’s crucial to me that companies keep in mind that the way folx sexual relationships look is ever-changing and that their toys should be made so that all parties involved can enjoy them.

Puff has five settings and I highly suggest skipping past the first one and straight to number two if you really want to get a vibe on the suction feeling. The first setting is light and you can hear the hum of the motor but I couldn’t truly feel any suction until I went up to the next level. It really starts to kick into gear at level three, the suction became so much more powerful and even still, the motor didn’t get too much louder. I don’t have any housemates but Puff is ideal if you’re looking for something that won’t wake up anyone when you’re just trying to get off. It’s also waterproof, which is even better for all of you who have decided to face lockdown in our childhood homes and can’t comfortably have an orgasm in your old twin bed.

I thought the suction would somehow mimic a human mouth — well, the mouth of an individual who knows that a little light sucking can go a long way. It’s not like that at all — it’s way better. If there is a human who has a mouth that can do what Puff does, please send them my way as soon as fucking possible.

Speeds four and five are intense, so I dialed it back to three for a minute or two so I wouldn’t end up making myself overly sensitive and then not be able to come. The sweet spot for me was then clicking back up to five for a few seconds and then down to four and that’s where I got my literal screaming orgasm. It’s a petite size, it fits quite flawlessly in the palm of my hand, and it’s easy to grip..even when it’s soaking wet.

After coming down it was time for the cleanup and I was worried about that too. So, because Puff is a suction vibrator I was concerned that because of the hole, it would be more susceptible to trapping smells or fluids. I’m used to submerging my toys in boiling water to deep clean them or giving them a quick wash with hot water and toy cleaner after playing. You can do the later with Puff but make sure to give it a good shake after you do so that there is no water left sitting inside and let it air dry face down on a clean, dry towel for extra precaution.

I can see using this toy with partners to bring each other to orgasm and you can use it during foreplay as the suction feels amazing on the tongue, fingers, and nipples. Puff lets you get creative with coming and I advise heading to the Unbound site and placing your pre-order now. once it arrives in September, you can open your windows, let the fall breeze in, and lay on your couch for a little afternoon delight of your own.