When Emma Hernandez decided to stay in Boyle Heights and keep her mother’s bar out of financial ruin at the end of Vida’s knockout critically acclaimed first season, she did so with her eyes open. She knew that coming back to the very home she once ran from would mean sacrifice. She knew it meant walking down hallways that are haunted by sorrow – not just mourning the life of her deceased mother, but also mourning the lost queer coming of age that her mother’s self-inflicted homophobia cost her daughter.

Nothing about Vida is easy. 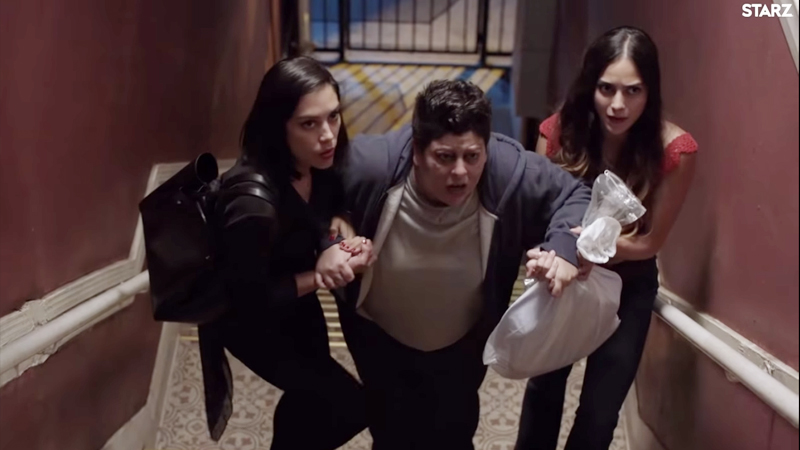 That remains true in the show’s second season as Emma and her sister, Lyn, work together to remount their family’s bar while also tending to the injuries of their stepmother, Eddy, who was despicably beaten in a hate crime during Season One’s finale. Lyn spent most of the first season as a walking hurricane of bad decisions – many of which she’s now being forced to deal with in the light of day, armed with not much more than a brave face. Eddy’s still wrecked with depression and grieving the loss of her Vida (Vidalia, the girls’ mother and show’s namesake). Somehow though it’s Emma who ends up shouldering the largest weight of her family’s pain.

Once again grappling with the scars left by years of her mother’s emotional abuse, Emma nonetheless refuses to sell away her family legacy to racist developers like Nelson, a Chicano who nickels and dimes his own community into further poverty and sees proximity to whiteness as wealth. The major conflict of the second season follows Emma as she needs to quickly turn a profit out of her family business before they all go asunder.

Vida continues to wrestle with the long-term effects of gente-fication, the gentrification of Chicanx and Latinx neighborhoods by younger, and often upwardly mobile Latinxs. Gente-fication is stickier than gentrification as it’s traditionally defined; it’s more intimate. It aches right at your skin — the pricing out of long time residents from their neighborhood by those who look like them, people who in many respects are the metaphorical children of the ones they are replacing.

Marisol, a teenage community activist who was peripheral in Season One and comes into much sharper focus this year, serves as a mouthpiece and Boyle Height’s protector. She’s fighting to keep the neighborhood from gentrifying, but doing so might come at great financial cost for the Hernandezes and put them right back in Nelson’s crosshairs. Here Vida rises to its own incredibly high standards, weaving together narratives of race and class that are nuanced and delicate. Choosing to handle them with care while making no easy decisions or shortcuts 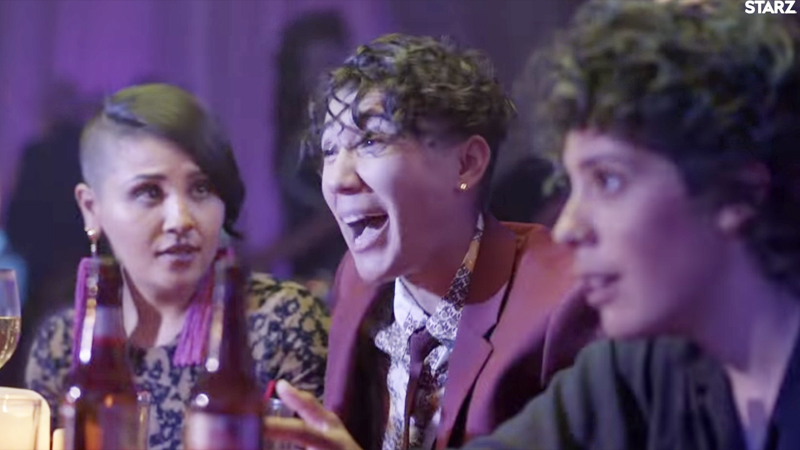 Similar loving attention is taken with Vida’s portrayal of queer and lesbian sexualities, both of which are on matter-of-fact display as the show digs deeper into Eddy and Emma’s respective gay worlds. Emma’s second season arc in this regard is like nothing else I’ve seen. She still eschews labels, but through her lens Vida is refreshingly upfront, unapologetic and honest in its queerness. There’s no cultural translation given for straight or white ears. More than once I found myself tongue tied at the screen. This is queerness I’ve understood it to be and defined it for myself — mucky, rumpled and complicated, but nonetheless rooted and proud of my heritage and ancestors. Emma is relearning how to love past the hurt she inherited from her mother, and often that process is misread as being ashamed of her own people or her own home. Nothing could be further from the truth.

Roberta Colindrez’s Nico, a new character added this season, is central in Emma’s reclamation. A lesbian military vet and bartender, Nico’s patience with Emma in both business and love is absolutely breathtaking. I’ve long argued that Colindrez is a queer heartthrob, and Vida allows them to truly shine. Nico’s casual air of confidence left me blushing. Her old school intelligence and willingness to find bridges between generations of gay culture is inspired. This year Vida invests in conversations about queerness that stretch boundaries and purposefully push back against online PC “discourse.” It puts a mirror on each of us that asks tough questions about what we’re actually comfortable with.

That doesn’t mean that Vida’s second season gets it right all the time. There is some, perhaps expected, sophomore clumsiness. Though the season is expanded to ten episodes this year, the narrative felt rushed. The final product seems a bit unfinished, as if there was quite simply too much plot to cover. I found myself missing the unhurried pace of the show’s first season, when showrunner Tanya Saracho allowed each character to unfold in their own time, with little regard to traditional television storytelling norms. As much as thoroughly enjoyed Nico, I also missed Maria Elena Laas’ Cruz, who sadly does not have enough to do this season and whose character suffers as a result.

The most important tenets of Vida’s phenomenal first season remain the same — Tanya Saracho has no interest in answering questions easily. She doesn’t want queerness that can be explained away by Merriam-Webster or a college Gender Studies 101 class. She has no use for gentrification that can be reduced into a simple “us vs them” narrative. What would even be the point of sisters who love each other without baggage? Vida is messy, perhaps even more so than it was in Season One, if that’s possible. 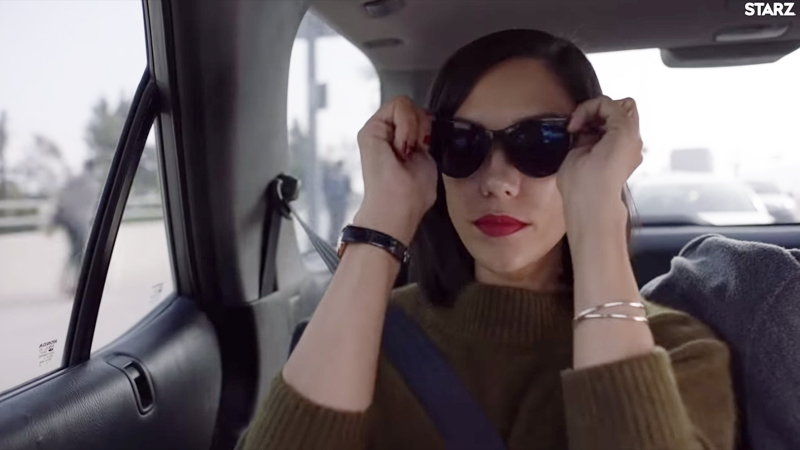 In less capable hands that might be a serious concern. Other great queer shows of the last decade have lost their magic by constantly pushing their envelope without just cause (Netflix’s Orange is the New Black comes immediately to mind). Maybe it’s because Tanya Saracho is a queer Latina who comes from the communities she’s writing about, maybe it’s that she purposefully crafted a queer Latinx writers’ room like none other seen on television – I don’t know, but what’s clear to me is that Vida, while masterfully detailed to reflect the actual lives of queer Latinxs, has absolutely no interest in bowing to the rules and regulations of what a “good lesbian show” should be. Their mess is the entire point.

Being a queer upper middle class Chicana raised by your working class Mamí under a veil of her own self-hatred and homophobia is more than just a mouthful to say out loud; it’s a network of familial hurt, pain and systematic oppression that can’t be unraveled into neat, separate boxes. Moving back home to your childhood neighborhood, an open wound in its own right, and working to salvage the best parts of your mother’s legacy while constantly being reminded of the agony she caused you – that doesn’t come with a Happily Ever After.

Tanya Saracho demands more from her characters, from her audience. She requires our discomfort, our willingness to bring all of our messy selves in front of the television. She asks that of us because it’s the only way that we can reach out to hold Emma’s hands (as if she would ever take it) and follow her, Eddy, Nico, or Lyn over the next ten episodes. These women flay themselves open, showing us the soft underbelly of their worst impulses and behavior. The least we can do, is do the same.