I had no idea what to expect when I applied to the Lambda Literary Foundation’s Writers Retreat for Emerging LGBT Voices. I only knew that the retreat came highly recommended by former Fellows and other people plugged into the queer writing community (i.e. not me). I went anyway, and let me tell you, it was the best $700 plane ticket I ever bought. It was literally the gayest thing I’ve ever done and that’s including writing for Autostraddle and that time I laid around in bed scissoring with a rugby player for three hours while drinking craft beer and listening to Sleater-Kinney.

I hopped off the plane at LAX with a dream and my cardigan. No, scratch that. I wish I’d brought my cardigan. I was dressed for my dream California weather, which for someone who hasn’t spent much time west of Nebraska, meant cut offs and t-shirts. Boy, was I unprepared.

So I hopped off the plane at LAX with a dream and no cardigan. I waited at the coordinated spot as queers started amassing for the rented shuttle to take us from the airport to American Jewish University where the retreat took place. Sidenote about American Jewish University: the campus is almost entirely kosher, supremely inaccessible, isolated from cafes and restaurants and almost anything else fun, and has a giant Israeli flag flying in front of its student center. So here we are, a bunch of mostly non-Jewish queers on a hilltop, isolated from almost everything, including good cell reception. Summer camp for adults, or Hogwarts; whichever metaphor does it for you. 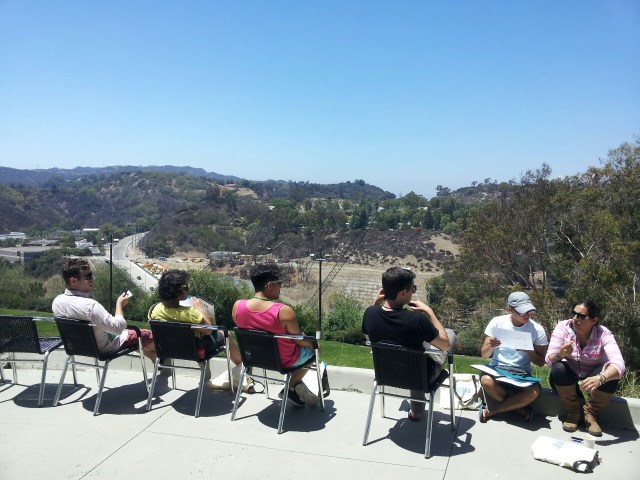 That night, we were all welcomed by the executive director of Lambda Literary Foundation, Tony Valenzuela, and LLF’s Program Coordinator, Kyle Sawyer. We also got a chance to meet with our individual groups and the workshop leaders. I met my amazing Nonfiction (Ravenclaw) group and our fearless leader, Sarah Schulman. Samuel Delany led Fiction (Gryffindor), David Groff led Poetry (Slytherin), and Malinda Lo led YA/Genre (Hufflepuff).

For seven days we workshopped our writing, slept in dorm rooms, scrounged for booze and cigarettes (both of which were hard to find in isolation), and bonded. This was the first time I was surrounded by 50+ queer writers. It rocked my socks. Here are some things I learned:

1. My identity is valid. I’ve been out for eight years. For seven of those years, my identity as a queer, genderqueer person didn’t change. My gender presentation was all over the place as I tried to figure out if I liked wearing skirts or baggy pants (or both!). Because my gender expression changed, no matter what I kept telling people around me, few people believed I was a real genderqueer. Whatever that means. But at this retreat, I was able to request gender neutral pronouns, was able to identify as a female-bodied, femme-presenting genderqueer, and no one questioned my identity or motives. You would think this would happen in any queer space, but unfortunately that’s not true. So the fact that it was no big deal, and I didn’t have to fucking explain myself to anyone, was monumental and affirming. 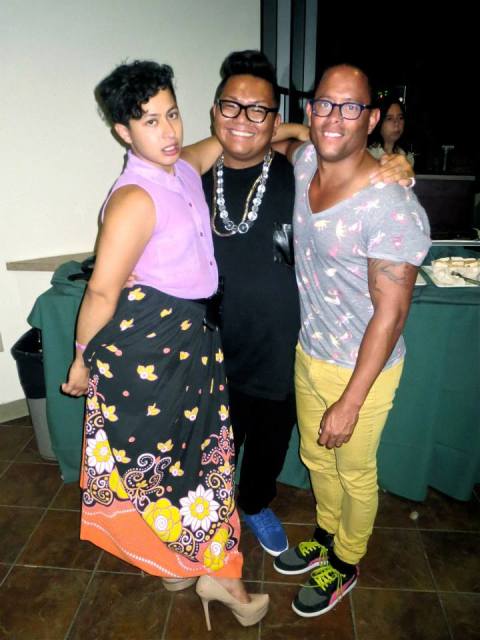 So much fabulousness
via Joshua Barton’s New Amurican Gospels

2. As a queer writer, the cards are stacked against you. The corporate publishing industry has its white gay male darlings (David Sedaris, Augusten Burroughs, Michael Cunningham). We have our white lesbians who happened to publish at a time when “LGBT Lit” didn’t exist as a categorical option so they were shelved and promoted with everyone else (Dorothy Allison, Jeanette Winterson, Rita Mae Brown). And we have our token queers of color (James Baldwin, Audre Lorde, Sapphire). But in terms of conglomerate, large-scale publishing, it’s hard to get attention if you’re a queer writer, especially if you’re writing about queer things. Most big publishers have their one gay book for their fall or spring release lists, and all of us queer writers are then competing for that same slot. Instead of helping each other reach a bigger audience, we’re competing against each other to get noticed. Of course, there are other options, like independent publishers and small presses. Amy Scholder, the Editorial Director of The Feminist Press, gave a talk at the retreat about non-corporate publishing options. This is why community building is so important. 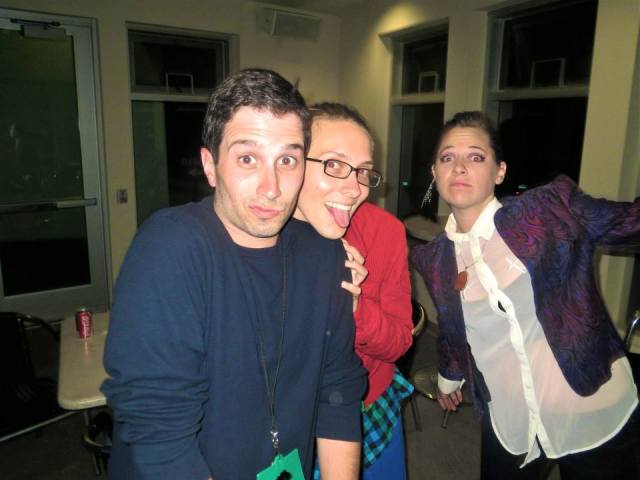 3. I should be promoting other queer writers. If our student readings at the end of the retreat were any indication, this community is full of bang-up talent. Everyone at the retreat was there because they were great writers, but when queer writers do get published, they often don’t get the benefit of publicity or press from mainstream media. As a community, that’s where we need to step in. We need to promote queer writers and artists, especially through word of mouth and on the Internet. Our voices can reach farther than we think. So join that queer book club, or go to that open mic, and support the talent in our community. 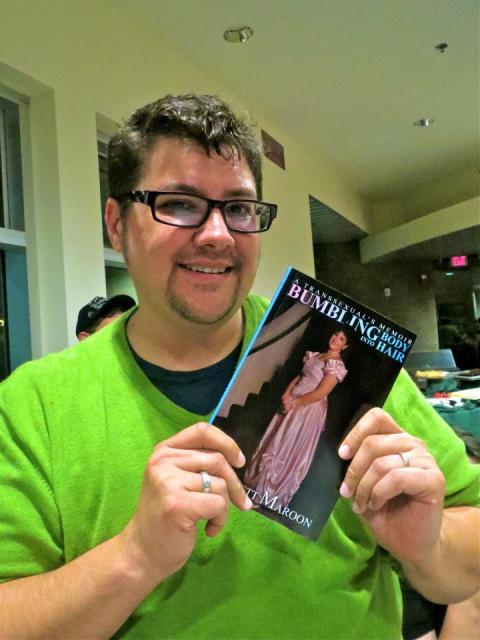 4. The “queer” community is varied and divided. I think we all know this, but sometimes I forget the degree of variation in community politics. Kyle Sawyer presented a Trans*Ally workshop about writing trans* characters. It took us nearly an hour and a half to get through a list of definitions. Two points of contention: the word queer, which some people didn’t identify with, especially people of color who viewed the word as whitewashed; and the word cisgender, which some non-trans* people rejected because it was not a label they picked. We all had a tense, marvelous conversation that highlighted the dissonance in the community.

Some points worth mentioning: Samuel Delany (a walking queer history book) pointed out that a decade before Stonewall  before “gay” became the mainstream label he and his friends used “queer” to identify themselves. To him, queer started as a term used by the working class and people of color.

It’s also important to point out that wanting to pick a term for yourself comes from a position of privilege. While I believe that everyone should identify however they want, using the term cisgender is a small way to position yourself as a trans* ally and to stand in solidarity with the trans* community.

5. HIV/AIDS is On Going, Going On. For most of my queer existence, I’ve been fairly removed from the fight against HIV/AIDS. Except for attending fundraisers and occasionally posting stuff on Facebook, I never really thought too much about it. This retreat gave me a serious reality check. The fight against HIV/AIDS and more importantly, the fight to support those living with HIV/AIDS is an important responsibility of our community that I, for one, never want to forget again.

6. Queer people of color need safe spaces, too. This year, the LLF retreat hosted the first ever Queer Writers of Color Caucus. In an open forum, we talked about issues particular to the queer-of-color community, and came up with strategies for LLF to attract and retain more queer writers of color. As an organization, LLF has come under fire in the past for being whitewashed. At the Lambda Literary Awards, Cherrie Moraga took LLF to task for its history of neglect when it comes to queer people of color. In the past few years, under the leadership of Tony Valenzuela, LLF has tried to change that perception by reaching out to queer-of-color populations. At the caucus, we came up with more ways to do outreach, one of which is spreading the word in our own communities. So if you’re a queer writer of color, apply to the retreat! 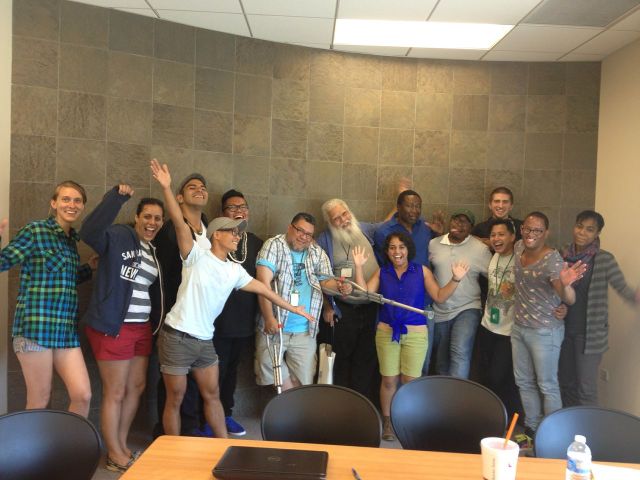 7. Our mentors are important. For any writer, it’s important to have mentors who care about your work. For queer writers, I discovered just how important it is not only to have writing mentors, but to have writing mentors who are queer. While we want non-queer people to read and love our work, there is nothing like having an insider perspective and critique. In the wider world, we are forced to explain our writing, our lives and our identities. It’s easy for our writing to get bogged down by marginalia and footnotes. But at this workshop, I brought my work in without explanations. And my classmates got it. They got it. So find your queer mentors, and value them. 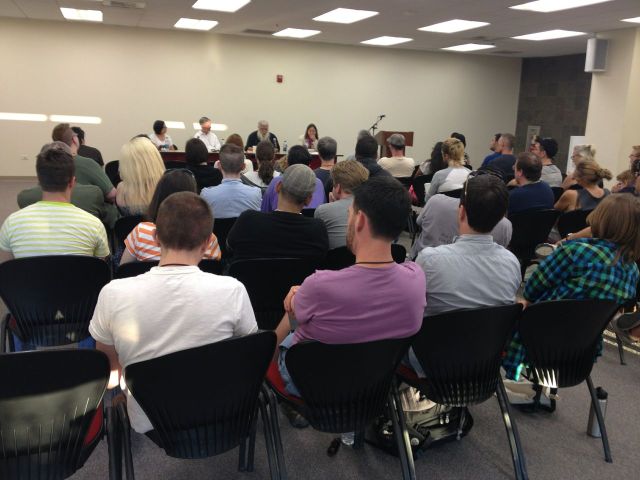 8. Community is everything. Ours is a community that has survived so much. We’ve lived through struggle, and just because queer rights is a visible fight now does not mean that we can be apathetic about community building. We are still very much endangered. We need each other. 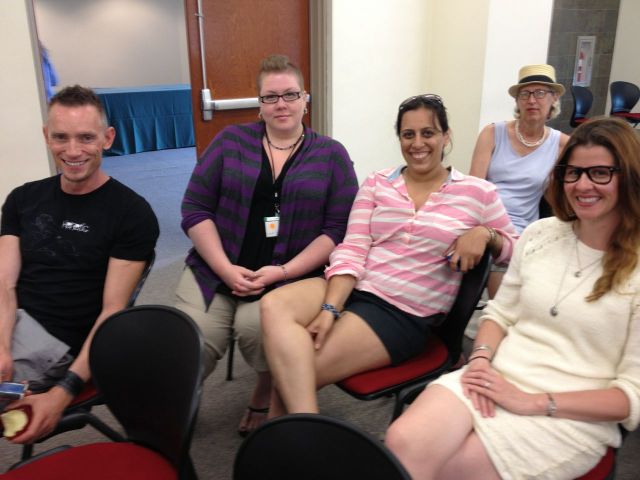 I don’t care what House I’m in. I just want to be in Hogwarts’s GSA.
via Lambda Literary Foundation

If you’re a queer or trans* writer, I encourage you to apply to the LLF Writers Retreat for Emerging LGBT Voices. Go learn about the 2013 Fellows. Like their Facebook pages, follow them on Twitter and Tumblr, and support the next generation of people who will be bringing our stories into the world. 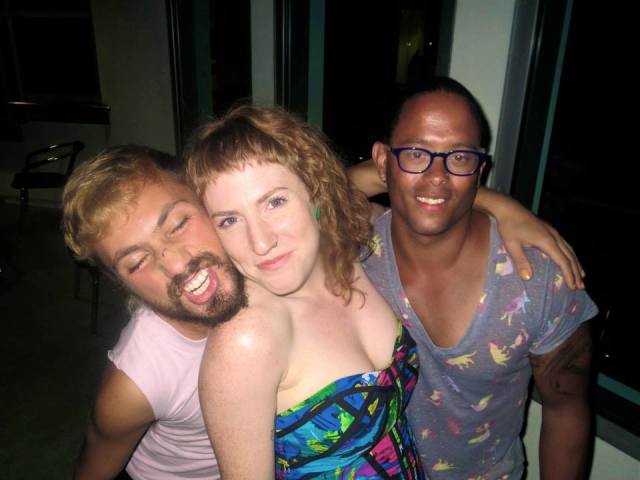