You can still be fired for being LGBT if you live in one of the 28 states that doesn’t provide full nondiscrimination protections for LGBT people. But in the near future, one court case might just change that.

The 7th Circuit Court of Appeals said it will fully review Hively vs Ivy Tech College, a case involving a lesbian professor who claims her former employer discriminated against her because of her sexuality. Kimberly Hively, a law professor, says she experienced workplace discrimination starting in 2014 and was denied a promotion six times by Ivy Tech College because she’s a lesbian. Hively is represented by Lambda Legal. 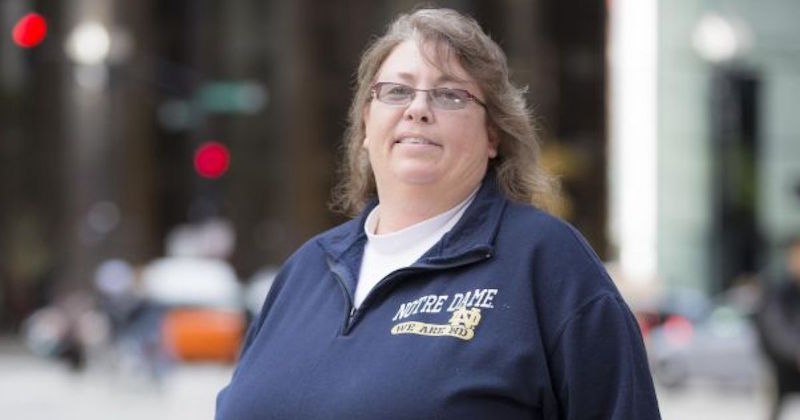 “For too long, LGBT employees have been forced to conceal their true identity at work out of fear of backlash and discrimination,” Hively’s attorney, Greg Nevins, said in a statement. “It’s a modern day ‘don’t ask, don’t tell’ policy in the workplace. Not only is it wrong, it’s illegal — and we need the court to make it clear.”

“It seems illogical to entertain gender non‐conformity claims under Title VII where the non‐conformity involves style of dress or manner of speaking, but not when the gender non-conformity involves the sine qua non of gender stereotypes—with whom a person engages in sexual relationships. And we can see no rational reason to entertain sex discrimination claims for those who defy gender norms by looking or acting stereotypically gay or lesbian (even if they are not), but not for those who are openly gay but otherwise comply with gender norms. We allow two women or two men to marry, but allow employers to terminate them for doing so.”

This is yet another case in a series of cases at different courts asking the same question if sexual orientation and gender identity are covered under Title VII of the 1964 Civil Rights Act. It’s evident that LGBT people aren’t clearly protected under “sex” discrimination of Title VII. It’s super important that Congress extends the federal anti-discrimination law to cover sexual orientation and gender identity through the Equality Act to provide clear-cut protection for LGBT people not just in the workplace but in housing, education, public accommodations, credit, juries etc.

According to Bloomberg BNA, the decision may ultimately fall on the Supreme Court.

“The U.S. Supreme Court may ultimately decide the issue if Congress doesn’t pass the Equality Act (S. 1858, H.R. 3185), which would amend the Civil Rights Act to explicitly include sexual orientation and gender identity protections in employment, public accommodations, education and housing.”