Cruel To Be Kind is a photography project by Candy Feit that explores the ways in which our sexual pleasure can be based in our emotional pleasure – or displeasure. Feit, a New-York-based documentary photographer and artist who focuses on creating deep narratives about people and their relationships, writes in her artist statement: “These photos investigate the connection between pleasure and pain, and how kink can blur the line between where the body ends and the brain begins.” The images, which include a wide variety of acts including bondage, knife play, blood play, needle play, and degradation, showcase glimpses of nakedness (both literal and emotional) and connection between the subjects in ways that I have not been able to stop thinking about since originally seeing these photographs more than six months ago. “It’s all in the moment between the smack, the punch, the pinprick and the slash, and the emotional release that comes when the pain is acknowledged,” writes Feit.

It is with pride and excitement that I tell you we’ve published a gallery of 14 images from Cruel To Be Kind on A+ today, so if you’re an A+ member you can head over to that post and check out the gallery immediately. If you’d like to see the gallery and you’re not an A+ member, now might be the perfect day to subscribe! And if you’re interested in learning more about the project from the photographer herself, you’re in luck – we interviewed Candy about her inspiration, her process, and her intentions with the project and we’re publishing that interview right here on the main site for everyone to read. 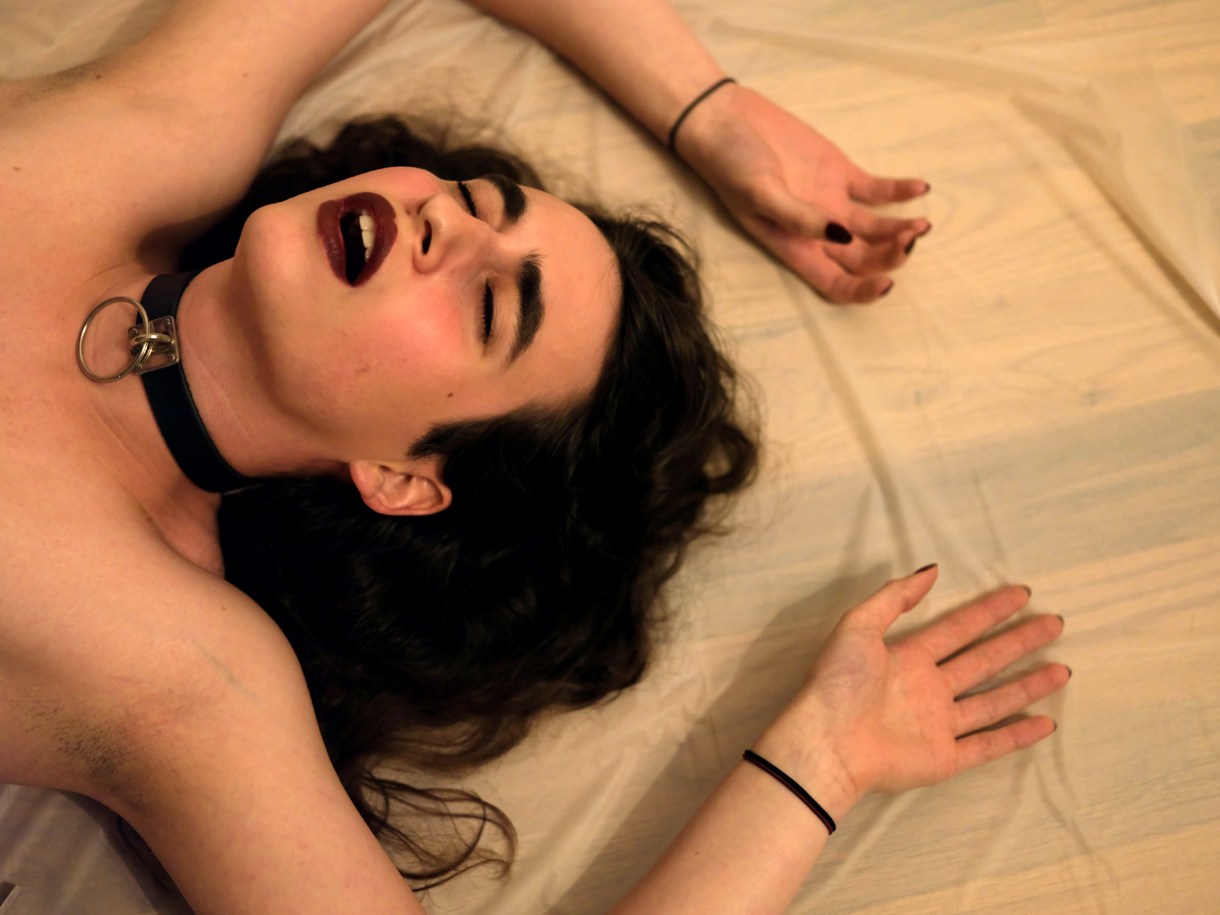 How did you come to this project? Did you set out to document this work or is it something that “found you” so to speak?

The project found me. A friend of mine started talking to me about a person she had met who introduced her to kink. She had a pretty profound reaction to it – something really resonated for her and so we spent a bunch of time talking about it. She had identified as straight for as long as I’d known her but something about playing with women in this particular context was engaging her in a really interesting way.

She introduced me to a friend she had met through the scene and we really connected. She was just super thoughtful – very engaging and had this great way of explaining her kind of kink and play in a way that was both very emotional and physical but also quite intellectual.

So once I met her and a couple of other folks in her scene I was sure that this was something I was really interested in exploring photographically. It did take quite a bit of time to figure out what it was I was trying to document and what interested me about what I was seeing.

How does this work speak to other photography work you’ve produced over the course of your career? Is it very separate from your other work or does it feel as though it is a piece of a larger whole?

There are things about this project that are a total departure from my previous work. I’ve been working as a photographer since 2004, mostly in west and south Africa and South Asia – so it was different for me to work on something that is centered around a pretty small community in New York. I shot the project digitally which is a departure as I usually work in medium format film.

I’ve been working on a project in Southern India for the past six years centered around a group of trans women. So I am used to negotiating around a pretty substantial language barrier and of course being a foreigner – so trying to be sensitive to that. But in many ways this project was more challenging and more outside of my comfort-zone. I know the people I have been photographing in India really well at this point and there is an intimacy with them that’s been built over time. With this project – speaking the same language, being able to ask and understand questions – it was a real gift.

Because I also shot the work digitally I could pretty immediately have dialogue with the folks I had photographed. So while I was sure what I was photographing was interesting and meaningful to me, I could see from their reactions that I had captured them in a way that they also felt was both beautiful and revealing. The dialogue and feedback with them has been really valuable.

One of the things you wrote in your artist statement for this project is “kink can blur the line between where the body ends and the brain begins.” Can you expound a little bit on this?

This was really one of the things I noticed right away. I’m not sure if it’s because I was lucky to meet the people I did who introduced me to the scene, but everyone was really open and clear with me that they engaged in kink in both a physical and an intellectual way. Of course each person experiences this really differently, so forgive me for generalizing my answer bit. But when someone first explained to me the difference between sex and kink my mind was really opened. I didn’t really know much about this world at all so I am sure I had some preconceived notions of what kink even meant (and still this is an extremely complicated topic). But almost all of the play I photographed had nothing to do with orgasm, genitals, or anything else related to “conventional sex.”

That became one of the most interesting things for me to explore. The intimacy and vulnerability totally divorced from orgasm.

It feels like every Pride month we as a community end up in a (depressing) discourse about respectability politics. Particularly at this moment in time, why is showcasing this piece of our community – kink, pain, healing, and how they intersect – important to you?

Such an interesting question.

It’s funny – I started pitching this project around about six months ago and have had a lot of positive responses from people really connecting with the work deeply. But the negative responses I’ve gotten both from queer people – only 1-2 – were extremely negative. Like, “why would I do this work when it’s obvious that all of these people are obviously traumatized” – which totally blew my mind.

I have to say that response really confused me because that was exactly the opposite of what I experienced after talking/watching/photographing these folks. To me these photos are such a clear indication that are so many ways to connect. And that all of those ways – even if it “grosses you out” – are meaningful, important, and even beautiful. So the idea that in order to be acceptable queer folks need to hide parts of our queerness that make people uncomfortable is pretty repulsive.

To see the Cruel To Be Kind photo gallery on Autostraddle, click here.