Everyone is transfixed by the character of Bob Benson. We always knew his actions were not genuine. Who smiles that often? Who always buys two cups of coffee, simply to be generous? Who is always “on” like that? When Pete Campbell came in to Bob’s office and ordered him to stop smiling, and Bob finally dropped his smile, quickly, like turning off a light switch, it was a pretty delicious moment. We all wanted Bob Benson to be hiding something other than his homosexuality. But this representation of homosexuals as deceptive, not only about their homosexuality, but other details of their lives, maybe because of their sexual preference, is not new. It’s actually a trope we see often. 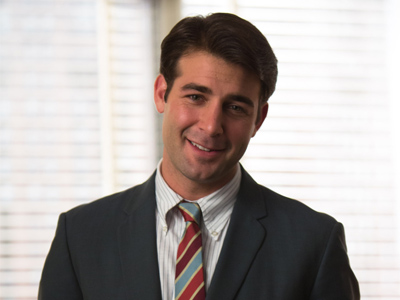 Let’s look at the character of Thomas on Downton Abbey. The character is dark and complicated. He isn’t supposed to be a source of amusement for the viewers, as some representations of gay men on television often are. He is a fully realized human being with flaws who happens to be gay. At least it would seem that way, until you realize that he also fits the classic stereotype of homosexuals as untrustworthy. Even his closest friends and conspirators can’t rely on him to keep his word. His nefarious actions are not portrayed as separate from his sexuality. 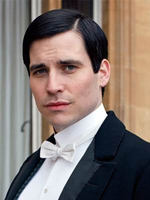 The actor who plays, him, James Collier, said part of his character flaws are tied back to his being part of an oppressed group. In an interview for Salon, he said, “He’s an outsider…It was really last year, I was thinking, ‘Well, why is he so angry?’ Everyone’s got a reason. And we don’t have back stories, we have to make our own up, and I think his is rooted in his sexuality.” It’s easy to say that Thomas is simply a bad guy because the world has abused him, and to a certain extent, it’s fair to say that being an outsider makes you a tad anti-social, but not necessarily downright cruel, which Thomas is. I hoped that Thomas could simply be a bastard because he is ruthless, opportunistic and cunning, not because he is gay.

When I first saw the Revenge character, Regina, Charlotte Grayson’s hard-partying friend, I wondered why she was so determined to befriend Charlotte. She was controlling of Charlotte’s time and tried to prevent her from speaking with her brother for even a few minutes. I thought she was part of the Initiative. I thought she may have been paid by some gossip rag that was determined to see Charlotte become the headline producing train wreck she was before. 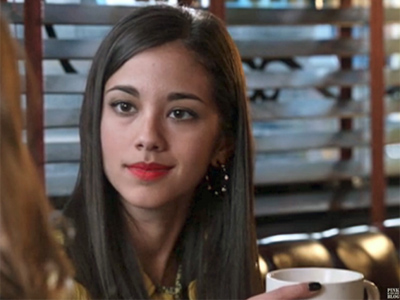 I was surprised but disappointed by the real reason Regina was so interested in Charlotte: she was attracted to her. On one hand, it seemed positive that Revenge added a queer character in addition to bisexual Nolan Ross. On the other hand, the choice seemed lazy. On a show that prides itself on twists and turns, it seemed too straightforward. It was also yet another iteration of the nefarious and untrustworthy homosexual. The show’s rich representation of bisexual men through Nolan Ross almost excused this choice, but not entirely. She also has something in common with Bob Benson and Thomas in that they desperately pursue people they know to be (probably) straight.

Underneath the manipulation there is a desperation to be loved, which makes them out to be submissive individuals with low self-esteem. The straight characters react in disgust to their desperation. It is a bit of an insult to queer people, not to mention slightly homophobic, to suggest they are all attracted to straight people and will do anything to “turn” them. Isn’t it a little backwards to assume that these individuals don’t have enough confidence in themselves, not to mention self -­-awareness, to seek out queer partners? Thomas certainly has high barriers to meeting gay men, but Bob has an inner circle of gay friends and Regina lives in the greater New York City area in 2013.

The deceptive queer character has been around for a long time. There is no better example than The Great Gatsby’s Jordan Baker. F. Scott Fitzgerald takes every opportunity to present her as the fraud that she is:

“Jordan Baker instinctively avoided clever, shrewd men…because she felt safer on a plane where any divergence from a code would be thought impossible. She was incurably dishonest. She wasn’t able to endure being at a disadvantage, and given this unwillingness, I suppose she began dealing in subterfuges when she was very young in order to keep that cool insolent smile turned to the world and yet satisfy the demands of her hard, jaunty body.” 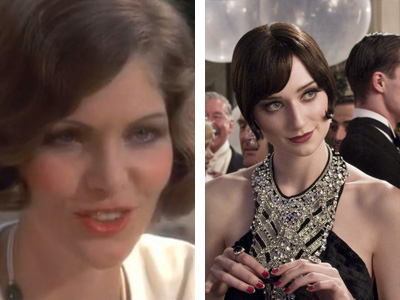 via IMDB and IMDB

As the paper, “Jordan Baker, Gender Dissent and Homosexual Passing in The Great Gatsby” by Maggie Gordon Froehlich points out, Jordan Baker lies about everything because she is a closet homosexual. We know she is a lesbian because Fitzgerald uses all of the appropriate code words: jaunty, hard, muscular. We also know that she lied to Nick Carraway about leaving the top down in a borrowed car, for no discernible reason besides the fact that she is secretly queer and therefore lies about everything from the car to her first golf tournament.

It is important to note that our culture has carried these attitudes from 1920s literature to television shows made in 2013. For some reason it is hard for our culture to accept that closeted gay people could lie about their sexuality and tell the truth about other details in their professional lives or friendships. This conforms to suspicions straight people have always had of homosexuals, whether they are out of the closet or not. There is disbelief that someone could enjoy or prefer a sexual activity other than the widely accepted norm. That reluctance to understand breeds mistrust. That mistrust manifests itself in characters like these, whose homosexuality and deceptive nature are inextricably linked.

Casey has written 1 article for us.