Ever since Overwatch, a bright, colorful and creative multiplayer first person shooter came out earlier this year, fans have been creating queer headcanons for nearly all the characters and drawing fanart and writing fanfic of these headcanons. Finally, all that hope paid off with the recent release of Blizzard’s holiday Overwatch comic, “Reflections,” which shows what our favorite Overwatch heroes are doing for the holidays. In the best sequence of the comic, we see that Tracer has a very charming home life and a very charming live-in gal pal. In case that wasn’t clear enough of a message, Blizzard later confirmed that Tracer is a lesbian on Twitter. 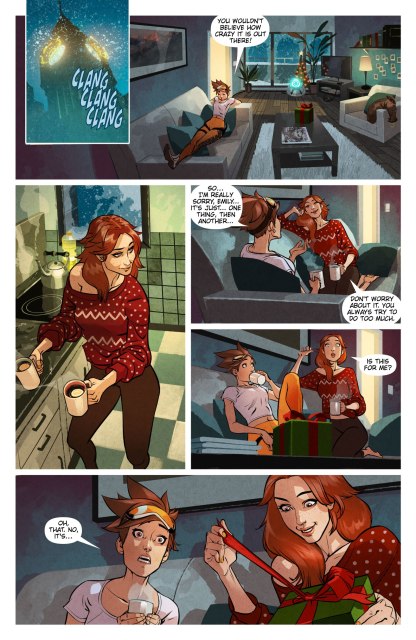 In this absolutely adorable comic we see Tracer settling down on a couch in a cute apartment with a cute redhead who’s bringing her a cup of cocoa.  When this redhead, named Emily, opens up a present from Tracer — a scarf — she gets a huge smile on her face and jumps into tracer’s arms and kisses her on the lips. Blizzard later confirmed that Tracer is indeed a lesbian and Emily is indeed her girlfriend whom she lives with. This is a great step forward for queer representation in video games. In several recent games like Dragon Age and Mass Effect you can choose to make your character queer, but here we have the main character of an extremely popular game being confirmed as canonically gay. Women and queer people have a ridiculously tough time getting respect and representation in gaming, and here Overwatch is giving us both. 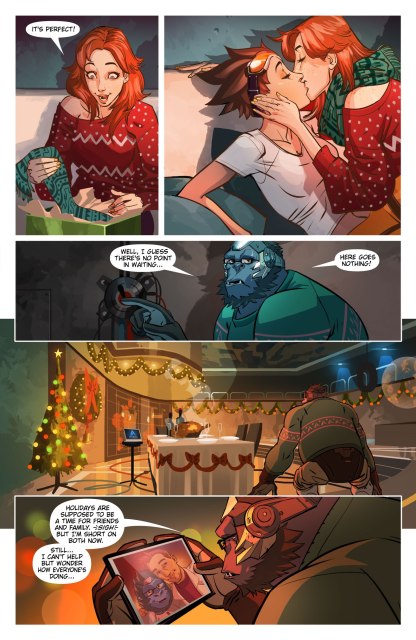 Tracer being gay is doubly important because she’s the mascot of the game, basically the main character. She’s on the video game packaging. She’s one of the most popular characters. And in addition to being gay, she’s very visibly queer-coded. With her outfit and goggles and that alternative lifestyle haircut, she would fit right in at any Autostraddle meet-up.

For those who have asked specifically, Tracer identifies as a lesbian.

This leads to a lot of speculation about which other Overwatch characters are queer. Since Tracer is a lesbian that probably means that Widowmaker is too, right? I mean, why else would everyone ship the two of them together? If you take one look at Zarya, a hugely buff woman who, like Tracer, has an alternative lifestyle haircut, you’ll immediately know she’s queer of some kind. And D. Va is obviously a nerdy trans girl while Sombra is probably a pillow princess. I think Hanzo and McCree are probably gay too. Then there’s this character who’s fat, wears glasses and is a woc named Mei; I wonder if she might be a transgender lesbian like someone else who fits that description. 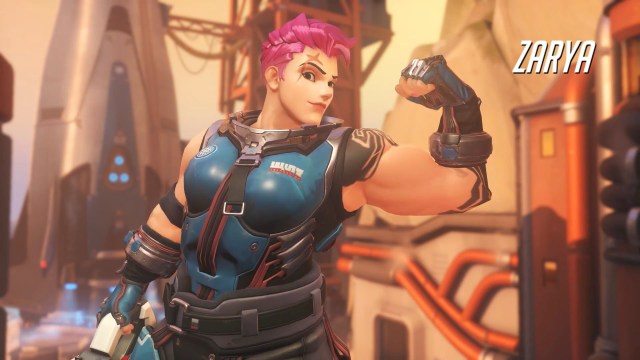 Now, I want to clear up some things that some angry (straight, male) Overwatch fans have been saying. No, they’re not “just” kissing on the lips because they’re British and that’s what friends do there. No, her girlfriend kissing her and not the other way around doesn’t make it less gay. And finally, no, having her come out at Christmas isn’t literally equivalent to having a gay pride parade at the Vatican. Sorry guys, but your fav is gay. There’s no version of the Overwatch universe where she’s gonna fall for you. You can stop hoping that she’ll notice you. She has a girlfriend, she likes the ladies.