I know we’re not supposed to judge books by their covers. But it’s really hard not to when the covers are from 1950s and ’60s lesbian pulp fiction.

These cheaply printed little novels have a pretty fascinating history: they were aimed at a largely male readership (though queer women were able to access them, too!) before the sexual revolution of the 1960s loosened up America’s ideas about sexuality. The authors  were usually men, but some queer female authors, including Ann Bannon and Patricia Highsmith, published, too. And the women on the covers buck the norm of the times with their sexual freedom and pursuits of pleasures and relationships outside of heterosexuality — while still being mostly if not exclusively white, femme-presenting, able-bodied, and cis, with a side of butch- and transphobia.

But while in the pages the ladies may enjoy each other in scandalous ways, the books typically end with everyone straight, dead or institutionalized. Sometimes all three!

That aside? The titles are ridiculously great, the blurbs are pure poetry, and the covers are hilarious. Many came from original oil paintings, and seem to be more about setting the tone of the books than about anything to do with the actual content. Which means they could be about anything.

To that end, here are 15 such novels, with their covers reinterpreted for the modern era. 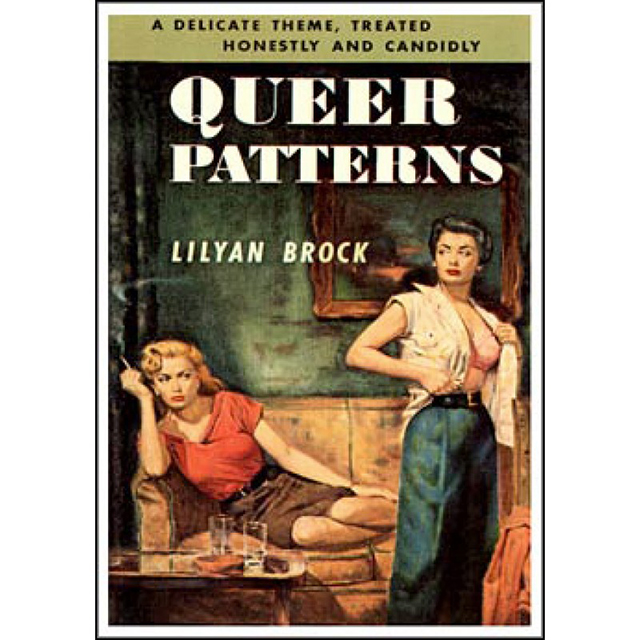 Plaid is the fabric of our lives, and this extremely important history book tells the story of how it came to be.

“She was a Hollywood star, but her home was the gutter.” 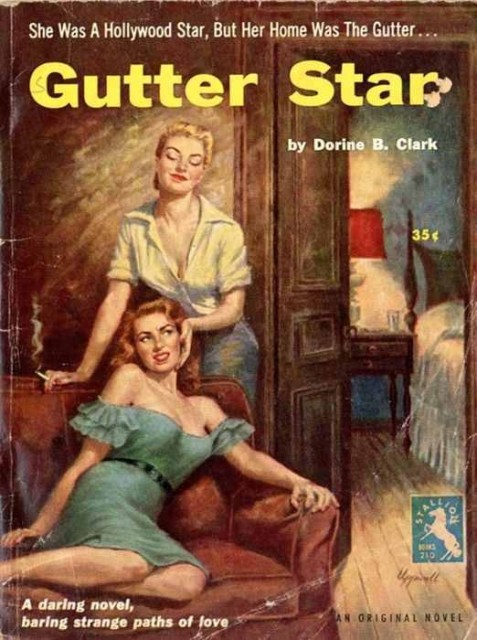 Look, it’s expensive to live in Hollywood, and everyone is a star. Plus, this place is practically the Ritz – did you see the bedroom has a door that closes? I doubt they’re even roommates, she can probably afford that place on her own. Ugh. Rent. Why.

“LESBIAN LOVE: Can a hunger so strong be so wrong?” 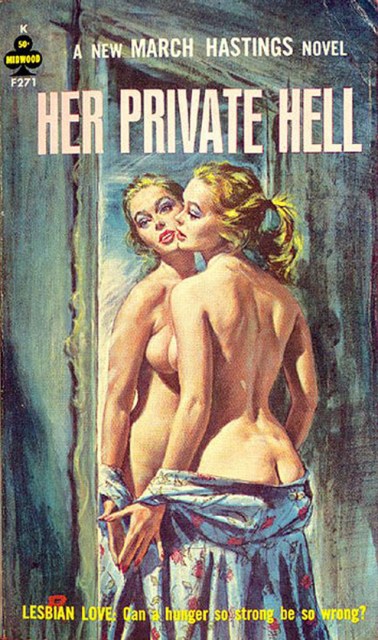 That’s the door to the kitchen and she knows she left an amazing vegan wrap with tempeh bacon and avocado in the fridge but doesn’t want to pull her dress back on because it’s been A Day and can’t she just lie down? But she can’t go out there naked because her roommate is home he’s been acting weird and now it’s just easier to lean against her reflection? Been there.

“The finest in adult reading.” 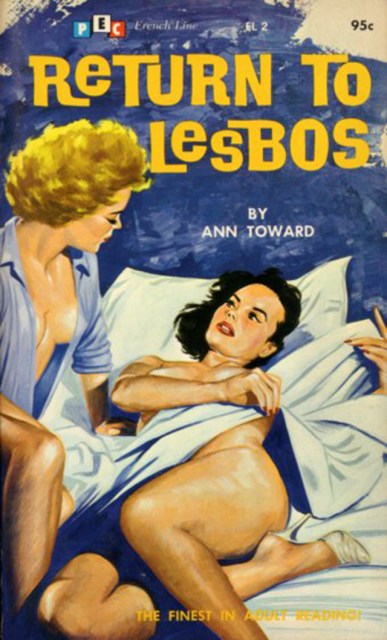 Traveling with your girlfriend, especially internationally, can be rough. This guide explains to how much sleep to get to fight off jet lag and to be sure to drink a lot of water because Lesbos is in Greece and it’s warm there! As you can see, one of their suitcases got lost and they have to share the meager pieces of clothing they do have and they’re totally doing fine, it’s not weird at all, they love it, no this wasn’t a mistake, are we really on this island for another six days oh god.

“A hired hand, a courting beau, and two women who would take on one of them… or each other” 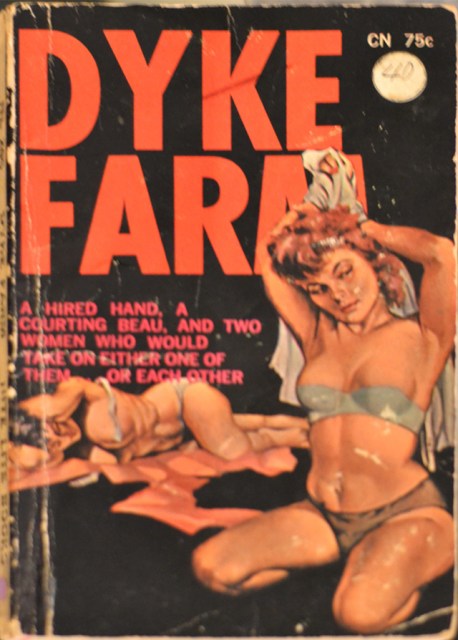 After a long day working on the lesbian farm, a lady just wants to roll around in various soft pieces of fabric and with her pal, okay?! God. It’s hard enough to grow lesbians from seeds, they take so much water (so thirsty!) and you have to keep talking to them, like, constantly, or they don’t process and grow properly.

Also, on this farm, unless you’re pulling a lesbian fully formed from the dirt, you’re never allowed to have your hands below your head, sorry, them’s the rules. Hands high, dykes in the dirt, can’t lose.

6. My Mother Was A Lesbian

“An actual-factual story told as it is by the person who lived through it. Plus other case histories.” 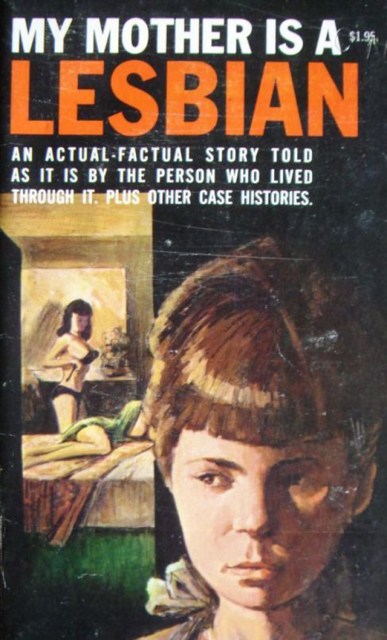 Pretty sure the word they’re looking for is “Mommi.”

“Eve was so beautiful and open to love – but she chose to seek satisfaction inside her own sex.” 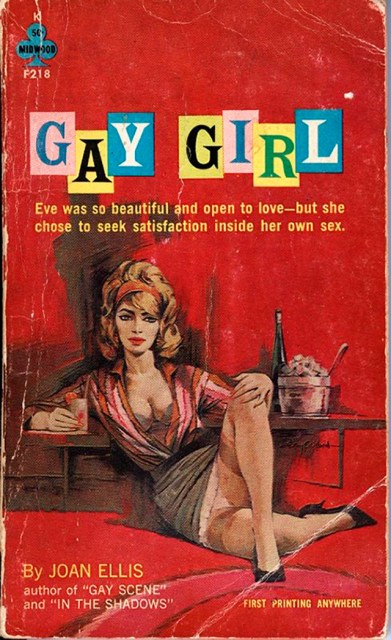 A guide to all things Cool Lesbian You Want To Talk To At The Party But She’s So Aloof And Beautiful That Making Eye Contact Might Make Your Stomach Explode Out Of Your Toes.

Never happened to you before? Just me? Okay!

“The bizarre world of the outcast sex — women who seek their pleasures with other women!” 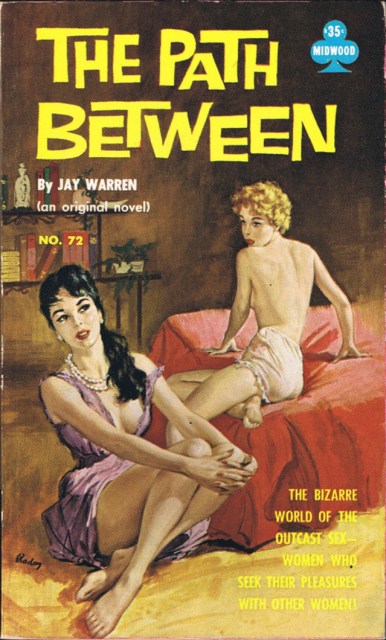 This is about the path between your house and your girlfriend’s house, and deciding if you have enough food in your fridge for dinner or if you’re really going to need to go back to her place to grab those crackers and that cheese.

“It’s just on my counter, I know exactly where the box is.”

“You’re wearing a dress though! I’m not even wearing a shirt!” 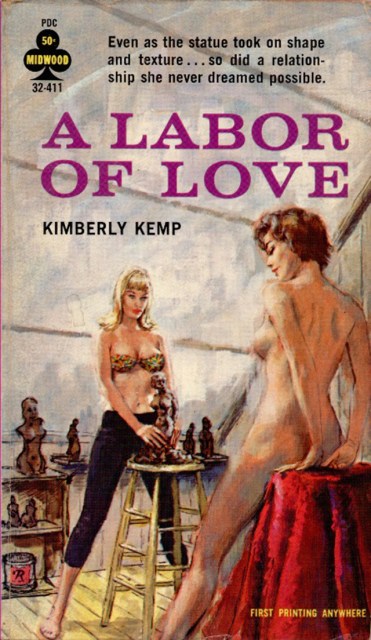 HELLO. IS IT ME YOU’RE LOOKING FOR? ‘Cause I wonder where you are, and I wonder what you do. Are you somewhere feeling lonely? Or is someone loving you? Also I’m pretty sure this is where the movie “Ghost” got its pottery scene, so enjoy some Unchained Melody while you read.

“She was Lovable, Kissable… and Killable” 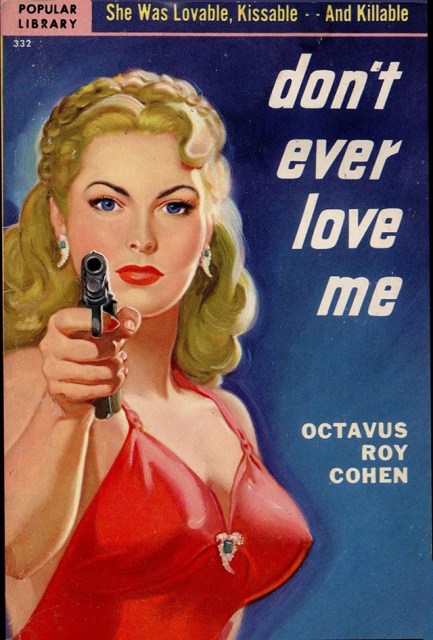 Cover of my memoir.

“An intimate picture of women in love… with each other!” 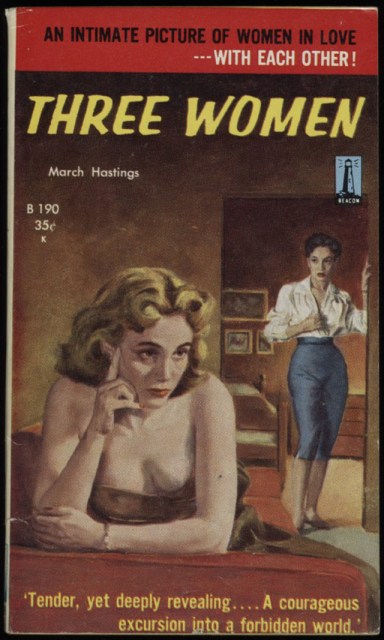 One of Hannah’s girlfriends just found out about her Tinder account and she is Not. Pleased. Hannah realizes she left her phone open on the table and is just about to launch into the pros and cons of polyamory, but will try taking off her shirt as a distraction first. 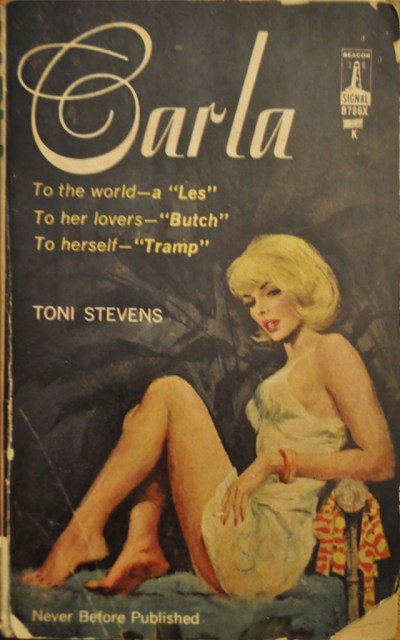 This is a self-help book all about knowing yourself, and also making other people call you by names that you are picking out for yourself. If you want to say you’re a tramp, great. If you want your lovers to call you Butch, go for it. The world may say you are one thing, but you are the one who defines you. 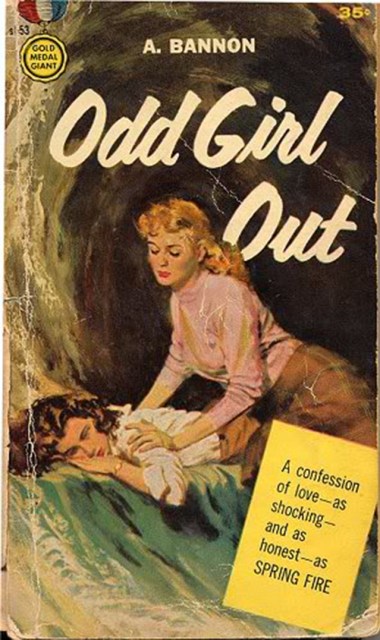 One can only make the shocking confession of love of this caliber within the Lady Cave of Mother Nature herself. 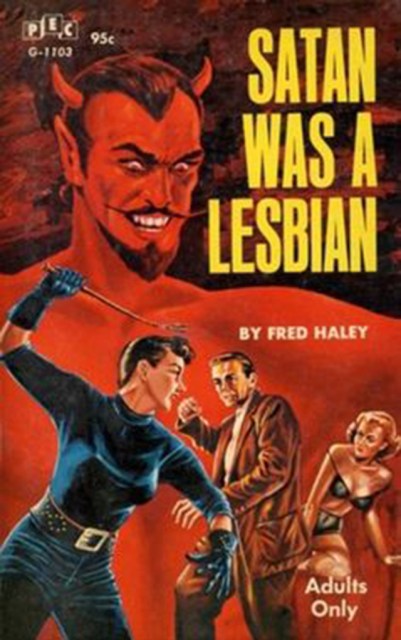 A hot take on the creation story of lesbians, but it’s nice to see a genderfluid presentation of a lesbian on the cover – you can have facial hair and still be a lesbian! Also, this is big if true, because if Satan really was a lesbian, the Adam and Eve story would make a LOT more sense. Who gives up supposed utopia for an apple? Please. Satan was a total babe and Eve was like, “Adam we need to talk.”

“The story of a virgin who was seduced into the wrong kind of loving!” 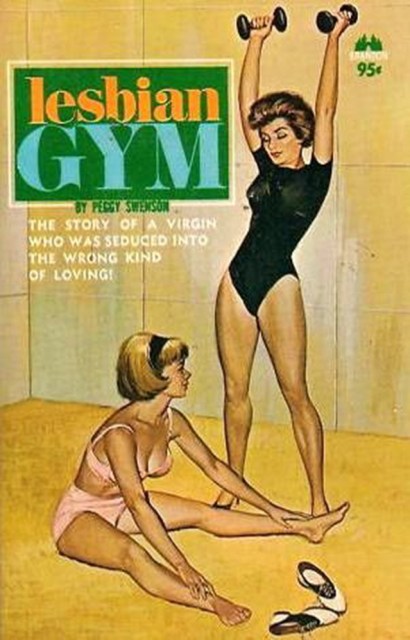 She asked if you could spot her; you said you spotted her the moment she walked in.