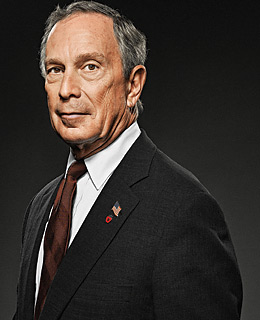 If marriage equality is an important issue to you, you’ve probably been aware of the push for same-sex marriage in New York state, led by Governor Cuomo. Efforts for marriage equality have failed before in New York, and it’s understandable to not want to put all your marriage eggs in this marriage basket just yet. But this time, there’s a surprising difference – so far, two-thirds of money for the NY marriage equality campaign is coming from backers with a strong history of donations to Republican politicians.

Their behind-the-scenes financial support — about $1 million in donations, delivered in recent weeks to a new coalition of gay rights organizations — could alter the political calculus of Albany lawmakers, especially the Republican state senators in whose hands the fate of gay marriage rests.

The donors represent some of New York’s wealthiest and most politically active figures and include Paul E. Singer, a hedge fund manager and top-tier Republican donor, as well as two other financiers, Steven A. Cohen and Clifford S. Asness.

At the same time, Mayor Michael R. Bloomberg, a billionaire businessman and philanthropist who has been a major contributor to Senate Republicans in New York, plans a significant push for same-sex marriage: giving at least $100,000 of his own money, hosting a fund-raiser at an Upper East Side town house, traveling to Albany to lobby lawmakers and giving a speech on the issue.

What’s motivating them? Paul Singer, for one, has a gay son who recently married his partner in Massachusetts.

It seems like it truly is nothing more than a moral and ethical imperative to support a cause they care about – and to encourage others to do the same. Some statements include:

Mr. Asness, described as “among the leading conservative philanthropists in the nation” and is quoted in the article saying, “This is an issue of basic freedom.”

Cohen who runs SAC Capital Advisers says: “We believe in social justice for all Americans.”

Loeb, a former hedge fund manager, says: “I think it is important in particular for Republicans to know this is a bipartisan issue. If they’re Republican, they will not be abandoned by the party for supporting this.” He goes on to suggest a whole new avenue of support is likely to open up.

Pam’s House Blend wonders what this means not just for the financial situation of the marriage equality campaign, but on the future actions of Republican congresspeople in New York. Like anyone else, politicians are dependent upon the people who pay them, and in this case their financial supporters are making their feelings fairly clear.

With 2012 showing all the promise of 2008 to be another blue sweep year in the Empire State, this would be an excellent time for a GOP Senator who would like to survive into 2013 to ask him or herself, “How can I ingratiate myself to some of the most generous of Republican donors, and shore up some credentials as a ‘moderate’ Republican?”

At a time when the Speaker of the House seems determined to make “Republican” synonymous with “anti-gay,” it’s nice to be reminded that there are people for whom a belief in small government doesn’t mean taking away American citizens’ rights. Hopefully others will take their hint!

A new drug study has shown that it may be possible to inhibit the passage of HIV from one person to another almost completely by starting a drug regimen as soon as the virus is diagnosed. “A new study of 1,763 heterosexual couples in which one partner had HIV and the other didn’t found that patients are 96% less likely to pass on the virus if they start taking antiretroviral drugs immediately.”

This week in Things That Are Cute: here is an angry letter that Zooey Deschanel wrote to Vogue Magazine when she was 17. “Why would you want to limit the spectrum of beauty to an “ideal” when you, as a popular women’s magazine, have the opportunity to expand it?”

While ordinarily we would like to avoid discussing this person on Sunday Funday, this is awesome: a really with-it high school sophomore has challenged Michelle Bachmann to a debate on the actual content of the constitution, in light of the fact that Michelle Bachmann’s statements on this matter have been rated by Politifact as “‘Pants on Fire’ false.” In high school sophomore Amy Meyers’ own words: “As one of a handful of women in Congress, you hold a distinct privilege and responsibility to better represent your gender nationally. The statements you make help to serve an injustice to not only the position of Congresswoman, but women everywhere. Though politically expedient, incorrect comments cast a shadow on your person and by unfortunate proxy, both your supporters and detractors alike often generalize this shadow to women as a whole.” 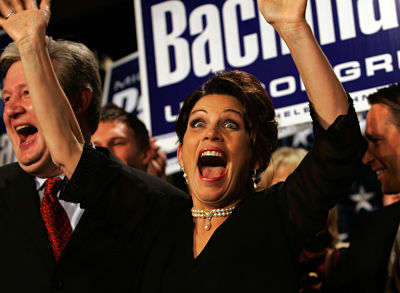 Amazon has signed on to renew its donation of $25,000 to the Lambda Literary Awards, in order to support its annual Writer’s Retreat for Emerging LGBT Voices. From the Lambda Literary Awards website: “Established in 2007 as the newest program of LLF, the Writers’ Retreat is the first of its kind ever offered to LGBT writers: a one-week intensive immersion in fiction, genre fiction, nonfiction or poetry taught by some of the LGBT community’s most talented and celebrated authors and instructors. Students of the Writers’ Retreat spend the week working on their manuscripts and attending workshops conducted by publishing industry professionals. Writers’ Retreat Fellows have gone on to publish an impressive array of works.”

Chris Mosier, a trans triathlete, has won a sponsorship from TRX. The prize includes money for racing and training expenses. Mosier says that “with this sponsorship, I am hoping to bring some awareness to trans people participating in sports, and some of the issues we face. The first step of that is to let people know there are trans people in sports.” 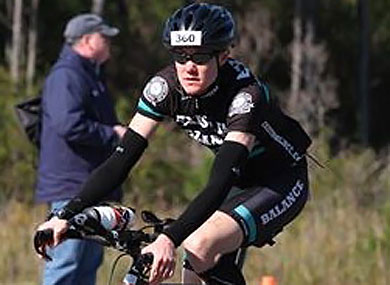 A North Side Chicago police station has been converted into a home for LGBTQ elders. Somehow this seems appropriate. “Mayor Richard Daley, an LGBT rights champion who leaves office Monday, helped make the arrangements as a parting favor to the community. The area is represented by Alderman Tom Tunney, the first openly gay member of the City Council. Apartments will be priced for lower-income renters.” 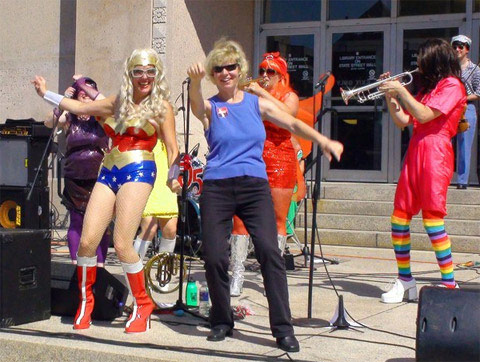 There is now a book confirming quantitatively that our First Lady is, in fact, “fly as hell.” “Fully 87% of professional Black women credited First Lady Michelle Obama with dispelling stereotypes about the accomplishments and actualities of being a Black woman in America.”

Hi have you listened to our Eurovision Playlist yet? I’m listening to it right now as I write this, I’m not kidding. Anyways, while Serbia is maybe the most obvious queer lady favorite for their cute haircuts and catchy jams, Dana International is also fucking great and trans and the entrant from Israel, and while “Ding Dong” is maybe not an example of songwriting greatness, in-house Eurovision experts have confirmed that she “really killed it” as far as the performance goes. Here, you can watch it!

Sorry this isn’t an otter or a kitten, but it is a wizard with sunglasses on. Ian McKellen is gay, so it’s totes relevant. 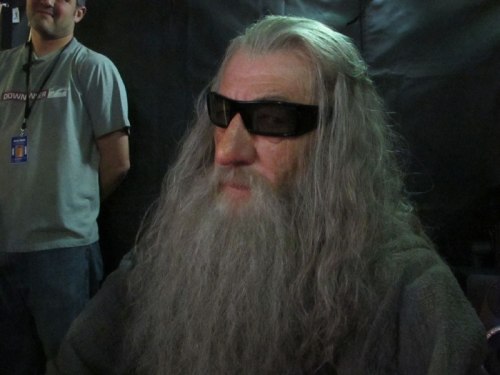