Hey, are you having the best day ever? 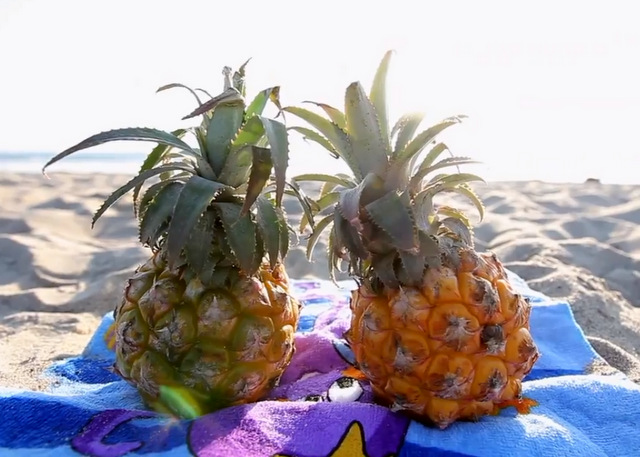 Tiny Pineapple has the best day ever in this new episode of The Adventures of Tiny Pineapple: Best Day Ever, featuring Hannah Hart. But then… well.

I mean, I know if there was no conflict, we wouldn’t be compelled to watch it. At least that’s what my grandmother used to say about Brenda and Sonny. But what if, instead of sad things, the conflict was that Tiny Pineapple was too tiny for things he didn’t want to do to begin with? Yeah? Like being shot out of a cannon, for example, or holding open the doors at a used car lot, or being best friends with a Dalek? Seems like Daleks would want larger best friends, you know? But Tiny Pineapple would be cool with that! Tiny Pineapple would be cool with so many things, man! If he only had the chance. 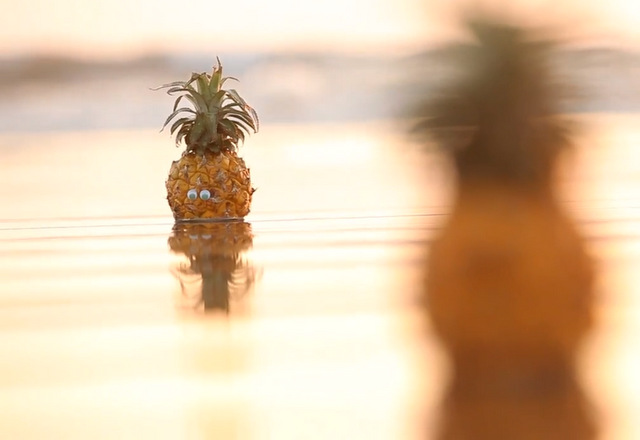 But listen, there’s a reason I’m playing Armchair Monday Morning Quarterback and not writing for TAoTP, and it’s not just because I don’t have a video camera or a tiny pineapple — it’s because I don’t have the talent, or the VISION that this team of writers and producers has. And Carly Usdin, Robin Roemer and DeAnne Smith have a vision I trust, reader. I had a chance to speak briefly with Robin Roemer, and this is what she said:

Tiny pineapple is forever optimistic no matter what happens to him. And shit happens to him. He appreciates the little things. He is affected by things and feels joy and pain very easily, but ultimately he’s a positive force. He teaches us that we can bounce back from anything.

Can’t argue with that, reader. Cannot argue with that. So let’s just take a deep breath and hold onto the night, hold on to the memory, of Tiny Pineapple’s best day ever. 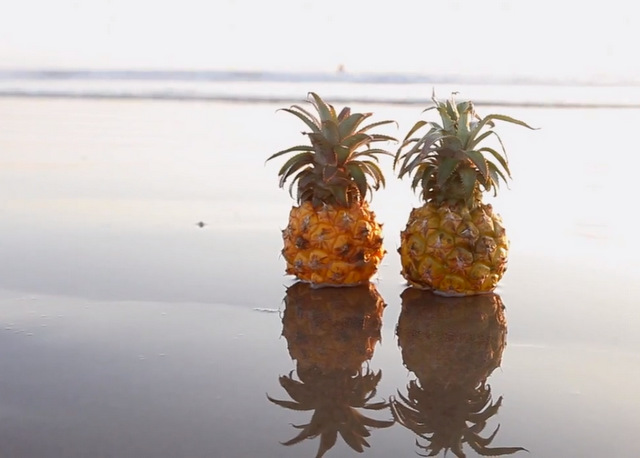 To brighten your day, Autostraddle has been given the exclusive honor of debuting Marni Kellison‘s (composer, bear) hit track from this episode, “Best Day Ever.” Said Kellison of the track, “I wrote this song for Tiny Pineapple called “Best Day Ever.”” When asked about her inspiration or writing process, Kellison replied simply, “I was JUST about to go eat. Hang on.” She elaborated moments later.

Robin texted me and said “Dear Marni, we need you to write a song called “best day ever” for the montage of tiny pineapple and his best friend who dies the same day they meet. Love, us” When I asked if the song needed to have a tinge of tragic inevitability, Robin responded in the affirmative, further describing the desired tone as “It’s so happy but you know it’s too good to be true.” 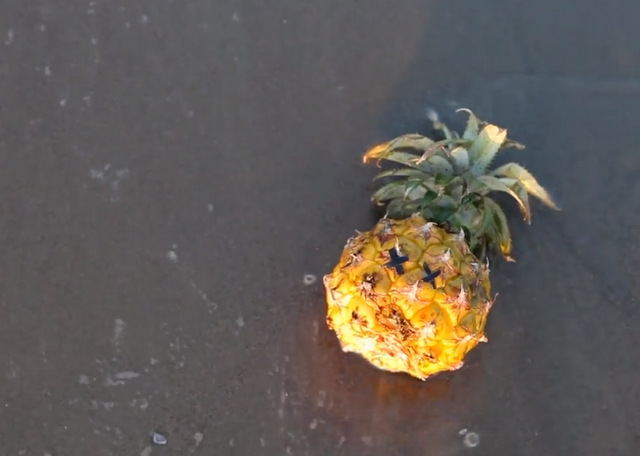 Laneia has written 924 articles for us.