Friends and lovers, it’s time for another episode of everyone’s favorite bitsy, low-growing tropical fruit: Tiny Pineapple, and his adventures! Before we envelope ourselves in this week’s episode, why not learn a little more about pineapples, from the good folks at Wikipedia. Here’s an excerpt from the section titled “Botany.”

The ovaries develop into berries which coalesce into a large, compact, multiple accessory fruit. The fruit of a pineapple is arranged in two interlocking helices, eight in one direction, thirteen in the other, each being a Fibonacci number.[10]

Pineapple carries out CAM photosynthesis, fixing carbon dioxide at night and storing it as the acid malate and then releasing it during the day, aiding photosynthesis.

What the fresh fuck is a Fibonacci number and why hasn’t anyone on this team already written an article about it in Planet Money-style English that employs simple diagrams and hilariously captioned pictures of unrelated but relevant things which might include kittens?? Jesus you guys I don’t ask for much. And hey, take a second to contemplate what would happen if your ovaries turned into berries that then fused themselves together in a mathematically pleasing way. I mean you’d really have to reevaluate your entire life.

HEY SO OK like I already said, it’s time for the new episode of The Adventures of Tiny Pineapple! And we’re gonna watch it together, here, on this website we call home, Autostraddle. This little moonbeam is titled “Worst Day Ever,” so. You can probably see where this is going. 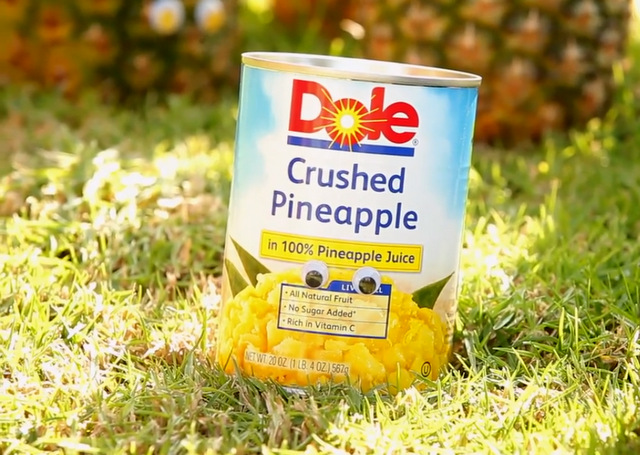 I hope next week’s episode involves a girl on a bike, DeAnne Smith. Maybe you could pull some strings? Think about it. Call me.

Hey there reader friend, if you could be any fruit on this or any planet, what fruit would you long to be? I think you should consult your fruit’s Botany section on Wikipedia before making a commitment. You should always aim for informed decisions, dear friend. I would wish to be a pre-18th century French wild strawberry.

sign up for our newsletter
Related:DeAnne SmithThe Adventures of Tiny Pineapplewebseries