Autostraddle is back at Sundance — virtually! Drew Gregory is coming to you daily for the next week with all the LGBTQ+ movies at one of the most prestigious film festivals in the world. Follow her on Twitter for more.

I’m covering Sundance coming off of two weeks of being sick with Covid after an additional week of quarantining with my girlfriend while she had Covid and all the while scrolling Twitter as both of our governments continue to fail us. So many lives have been lost worldwide, so many more are struggling financially or with illness or both. And as climate catastrophes and the wealth gap increase, the inequity in our society seems doomed to grow more and more.

This cynicism is useless. I know that. It’s self-pitying and distracting and a waste of time. But it’s just where I’m at — for now.

I’ve felt waves of this before, periods of time where political realities felt hopeless. I have learned to understand that we do not fight for a better world because we will someday achieve it — we fight because within that fight we are achieving it. I know the best course of action is action. And, for me, the first step out of cynicism and back to action has always been found in art.

This year at Sundance there are three documentaries about women in music — women who are tasked with navigating the hostile industry and our even more hostile world. All of them find escape and expression through music and through their art the films find possibility.

Isabel Castro’s Mija follows Doris Muñoz, a music manager who first found success with the artist Cuco. She is the only member of her family who was born in the US and the film begins six years after her brother was deported to Mexico. Her financial success has allowed her to begin the process of getting her parents green cards — which will not only ensure their safety in the US but finally allow them to visit their son.

When the film begins, Muñoz is still representing Cuco, but at a certain point there’s a falling out. It’s not clear what happened but Muñoz questions if she has what it takes to make it in the music industry. This question is heartbreaking given the enthusiasm and care we’ve already seen her display. Fortunately, she finds another artist, Jacks Haupt. Haupt is also the first in her family to be born in the US and with her introduction and their connection the film blossoms into a work about mentorship among people with shared experience and about the pressures faced by children of immigrants.

Castro combines childhood home videos with beautifully shot cinéma vérité footage and thoughtful narration from Muñoz. This is an intimate film about two women at the beginning of their careers, helping each other to imagine a future for themselves and their families. As they face the industry and the United States’ inhumane immigration policy, they at least have each other, they at least have music. 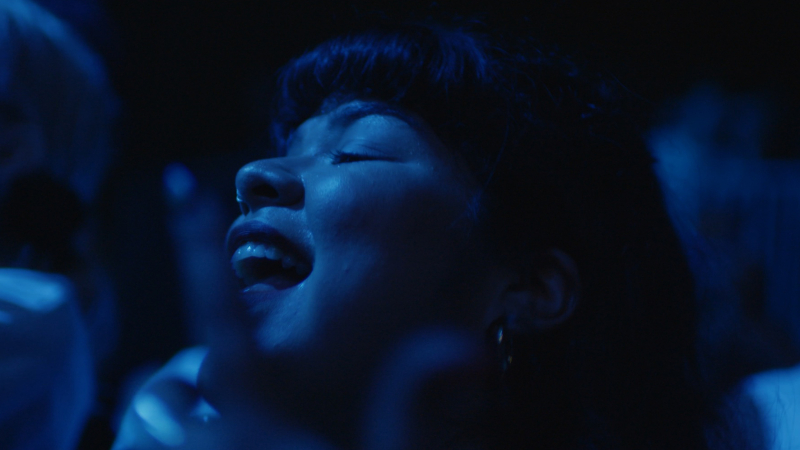 Rita Baghdadi’s Sirens is also about two women collaborators. Lilas Mayassi and Shery Bechara are the guitarists of Slave to Sirens, dubbed the Middle East’s only all-female thrash metal band. It’s a band of five women but Mayassi and Bechara are the personalities of the group and therefore the primary subjects of this film.

Like Mija, Sirens is also shot primarily cinéma vérité with occasional narration from its two leads. As they discuss their music and we watch their first tastes of success, the realities of being women in Lebanon, artists in Lebanon, and queer in Lebanon run throughout. Succeeding as an artist is difficult for anyone in any society and the added weight of their experiences are felt as they try to create.

The film spends time with Mayassi and her girlfriend — well, not girlfriend, person she is dating — who lives in Syria. Mayassi describes the relationship as a fantasy, any tangible future feels unclear. Eventually the details of Mayassi and Bechara’s past are revealed and their friendship conflicts and band conflicts deepen. This movie is about so much more than dyke drama but it is also about dyke drama.

We watch both women settle in themselves and reconcile with each other. It’s a harsh world and it’s easy to take that harshness out on those closest to us. But eventually they learn to trust — enough to be there for one another, enough to create together. 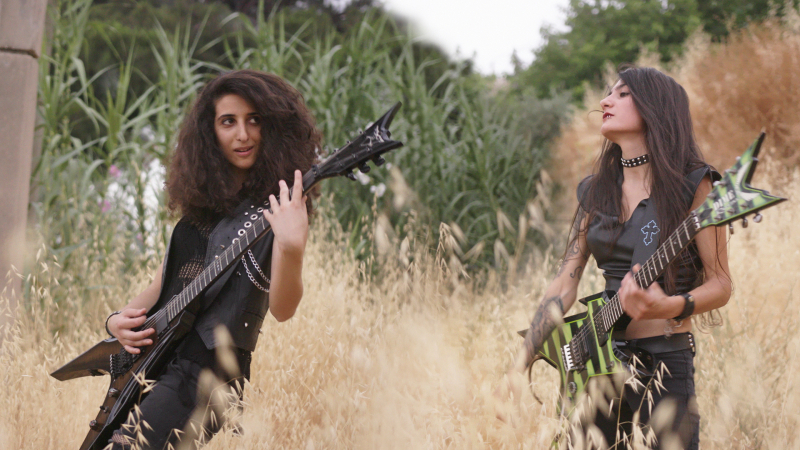 The last doc is Nothing Compares, Kathryn Ferguson’s portrait of Sinéad O’Connor. My experience of this film was both embarrassing and enthralling. I cannot believe all I knew about O’Connor was that she ripped up a picture of the Pope on SNL — I cannot believe she wasn’t a staple of my listening since I was angsty teen. But, of course, the film explains exactly why that was my experience having been born the year after this famous controversy.

With dreamy recreations of O’Connor’s childhood, the film — especially in the first half — feels more like true crime than a music documentary. It’s fitting for a subject who as a child faced abuse from her mother and the Catholic Church and as a young adult from the media. “They killed me,” O’Connor even says at one point. “But I didn’t die,” she adds.

It’s a function of a society determined not to change that I knew she’d ripped a picture of the Pope but didn’t know why. I didn’t know it was after performing an a cappella version of Bob Marley’s “War” or that it was to protest the child abuse rampant in the Catholic Church. The film shows how O’Connor used her platform to fight against racial injustice and child abuse and the world responded by basically saying, “Shut up you bald bitch.”

The film explores how her gender-nonconformity impacted her reception, though it leaves out any mention of her bisexuality. Still, her queerness is intrinsically linked to her mistreatment. At first her otherness appealed to people as a curiosity, but when she acted how they didn’t like, they were quick to use it against her.

There were obviously outspoken musicians before O’Connor, but the film draws a direct link between her activism and the later activism of many other female musicians. Speaking today in voice over, O’Connor is clear that she was always called to be outspoken, far more than she was called to fame. 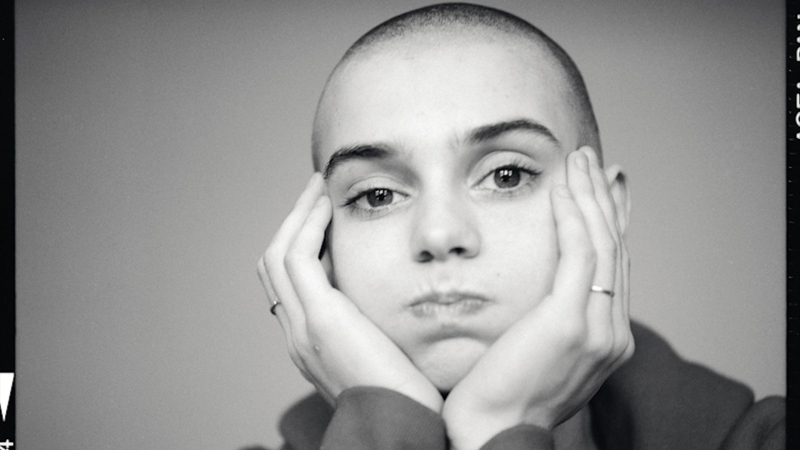 Sinéad O’Connor in Nothing Compares

We do not fight for a better world because we will someday achieve it — we fight because within that fight we are achieving it.

Drew has written 279 articles for us.