Jodie Foster is a very very private lady, so don’t be too sad that you weren’t notified until about three hours ago that she and her darling girlfriend Alexandra Hedison were officially married over the weekend. Did you know Alexandra Hedison was once on Melrose Place? Hey here’s a picture of Alexandra and Jodie having brunch last October. 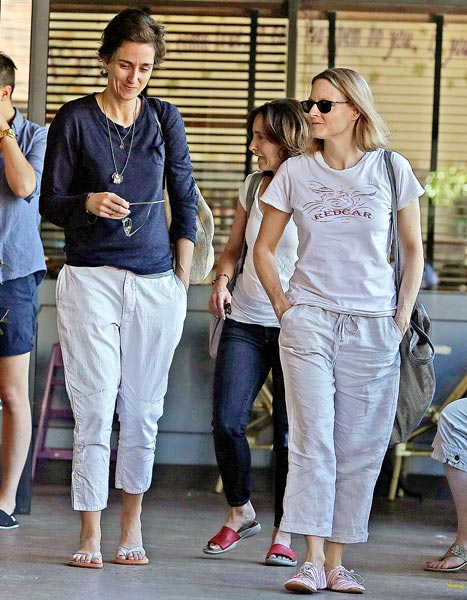 I really thought ‘Bottomless Bloody Marys’ meant something entirely different. Thank god you had these extra pants in the trunk.

There are approximately zero details being made public for now, so we’re free to imagine the ceremony and reception however we like. Jodie Foster in a zoot suit? Check. The entire wedding party dressed as the cast of Little House on the Prairie? Yes. Alexandra Hedison speaking her vows via interpretive flute? You know it. Guests enjoying Me-N-Ed’s gluten-free mini pizzas and Franzia? Stars are just like us! Dogs as ring bearers? FERRETS AS RING BEARERS.

You let your imagination run wild, my queer sisters and otherwise gendered and identified persons. Don’t let anything stand in your way. Jodie Foster and Alexandra Hedison sure as hell aren’t.