Kim Funk is a queer cartoonist who drew the mini-comic “Three’s Company,” which has nothing to do with John Ritter and everything to do with being awkwardly enamored with someone. I identify with this. It is likely you will as well.

Kim draws lots of feminist-y, political comics, including “The League of Extraordinary Feminists” with significant-other Suzy X, who is also a cartoonist. Kim is very charming and says smart things like this, which was said in an email to me:

“There’s no perfect way to go about anything; everyone’s improvising… Do what you like, make friends, and get someone to beat it out of you that you have a crush on them.”

The comic is simple and kind of cheesy (in a good way), but it’s also honest, clever, and heart-felt. The drawing style is an unpolished kind of brilliance that reminds me of how I used to doodle all over my math notes, except that these actually look good and aren’t surrounded by bad attempts at statistics and love letters to my professor.

Anyway! “Three’s Company” is about having a crush on an assumed-straight friend, so it’s basically your life story. 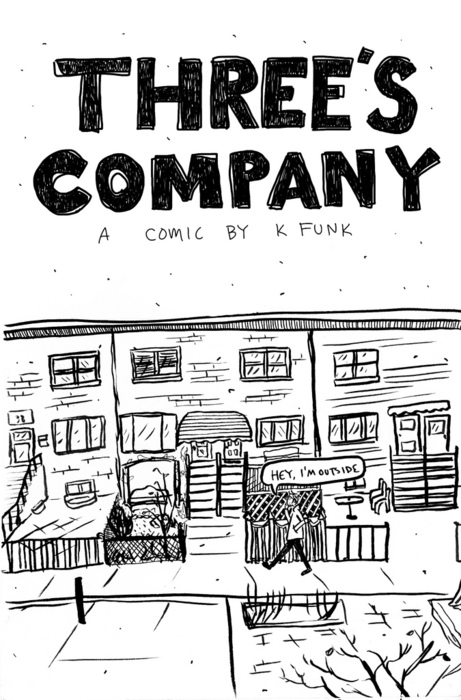