For the second time this month, we’re reporting on the murder of a Black trans woman in America. This time I’m sorry to say that it was 25 year old Dee Whigham of Shubuta, Mississippi. She’s at least the 16th trans person murdered in America this year, and continues the trend of mostly Black trans women being victims of violence. Her family has set up a GoFundMe campaign to help pay for her burial (warning for misgendering).

Whagham was found murdered, stabbed to death, at a Best Western in Ocean Springs, Mississippi on Saturday night, July 23rd. While she was, like so many of our slain trans sisters, initially identified as a man by police, thankfully her sisters corrected that information and had her identified as the woman that she was. The murder is being investigated as a possible hate crime. Thanks to hotel security cameras, police have released a photo of a man they think may be connected to the murder and are asking for help in identifying him. 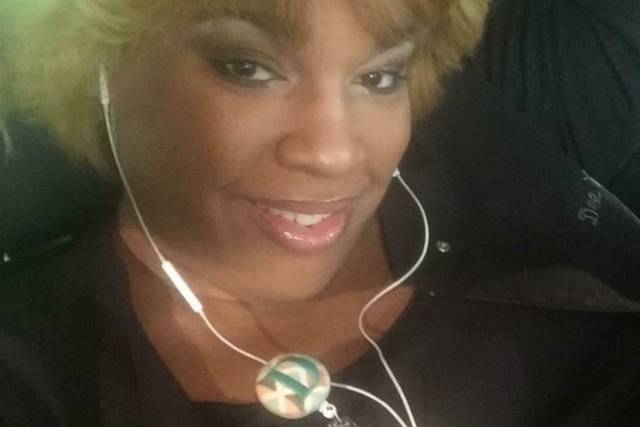 Dee Whigham was just 25 years old when she was murdered.

According to her family, Whigham was a newly graduated RN who was a hard worker and was even working extra shifts, overtime and a second job to help take care of her mother. According to her sister, Denisha, she was “truly a special person to [her] friends and family.” She was on a vacation with friends to visit the 7th Annual Gulf Coast Black Rodeo over the weekend when her life was taken from her.

Why the fuck is this still going on? Why don’t people see Black trans women as human beings? Why don’t Black Lives Matter? I’m tired of this. I’m tired of feeling guilty every time I breathe a sigh of relief when I see a name and realize it isn’t one of my friends. Honestly, cis people, and especially cis men, step it the fuck up. I’m trying to be optimistic about the progress that we’re making, about the good things that are happening and the allies and protections we’re gaining, but it’s hard when this keeps happening every couple weeks.

Another Black trans woman, Dee Dee Dodds, was murdered not even two weeks ago. At this point last year, we knew about fifteen trans women who had been murdered, which means that despite all the “progress” that trans people have been making in the media, in courthouses and in the halls of Congress, trans people are being murdered at the same rate they were last year, when we had a record number of reported trans murders. So far this year, we have this list of known trans people who have been murdered, but we can’t be sure how many more we’ve lost.

Again, I have to give credit to Venus Selenite, a Black trans woman writer and poet, who tweeted about Whigham’s murder this morning and brought it to my attention. She’s doing amazingly important work, and if you can support her in any way, please do. It’s important that we not just mourn Black trans women when they are murdered, but support and uplift them in life.