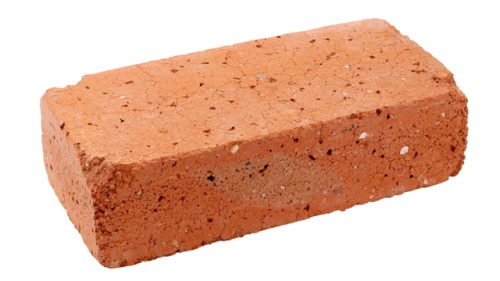 A new study shows that while highly creative people may be more open-minded than regular joes, they also tend to be more arrogant.

According to MSNBC, psychologists subjected 1,300 college students to “a personality test and various creativity questionnaires.” Of the six personality traits they looked at, they found that openness to new experiences was most strongly correlated with creativity. Extroversion and creativity were also linked. However, creative people were somewhat less likely to be humble. Says study author Paul Silvia, “Our research didn’t find a huge effect, and we certainly aren’t claiming that all creative people are insufferably arrogant but, on average, people with a lot of creative accomplishments were less humble and modest.” Silvia explains that a little arrogance in creative people could be a good thing, allowing them to withstand the constant criticism that comes with their vocation. But overly arrogant people may have trouble learning and improving.

The study raises a lot of questions, the most obvious one being: how do you measure creativity? There turn out to be a lot of ways, including asking participants to respond to a drawing or giving them a series of insight problems. MSNBC notes that in the arrogance study, the creativity data was self-reported, which narrows things down a bit. Some creativity self-assessments include the Khatena-Torrance Creative Perception Inventory, which asks subjects to rate how much they agree with statements like, “I have a vivid imagination,” and the Things Done on Your Own test, which asks how many times they have done creative things. Sadly, I couldn’t find an online version of either of these tests. I did, however, find the fearsomely-named CREAX test, which I gleefully took.

CREAX appears to combine a whole bunch of different kinds of tests to measure your creativity along different dimensions. I’m ashamed to say that I did pretty badly on it — I think I really bombed the part where it asked me if I like to look at “the bigger picture” (of what?). I did really enjoy one aspect of the test, though: the part where they ask you to list all the uses you can think of for a brick. This turns out to have a name — Guilford’s Alternative Uses Task. Some of my alternative uses included “put in yard and find bugs under” and “cooking implement for a troll,” and when I was done I was real proud of myself — which did give me some insight into why creative people might be arrogant.

My responses were essentially useless (trolls aren’t real), and so is much creative work. Novels, for instance, are wonderful, but you can’t use one to build a car or cure cancer. So if you’re going to write one, you have to have some internal conviction that it’s worthwhile. Ideally that conviction would take the form of “this work is awesome,” but it’s easy for that to bleed into “I’m awesome,” and some such bleeding may be necessary for you to convince yourself that you’re the one who needs to make the world yet another book. So maybe it’s lucky that creative people sometimes have an inflated idea of their own importance — if they didn’t, we might be condemned to a world without useless things.

Creative Types Are Full Of Themselves, Study Confirms [MSNBC]