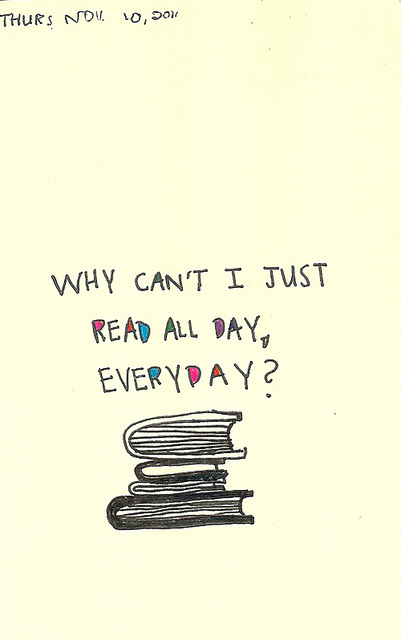 HELLO and welcome to the 12th installment of Things I Read That I Love, wherein I share with you some of the longer-form journalism/essays I’ve read recently so that you can read them too and we can all know more about prison, sweatpants, 91-year-old fathers and Tao Lin! Also this week oddly sees marijuana as a recurring theme.

The Caging of America: Why Are We Locking Up So Many People? (January 2012), The New Yorker – Our prison system is totally fucked, solitary confinement is fucked and crime rates are down but it’s not because we’re imprisoning everybody (because we are). This article is really thorough and gets into a lot of shit like the racism of the criminal justice system and the futility of marijuana laws, amongst other compelling topics.

The World of Charles Dickens, Complete With Pizza Hut (February 2012), The New York Times Magazine – My favorite writer-about-books, Sam Anderson, visits a derelict failed Dickens-themed amusement park in Chatham. This is basically everything I love about the world in one glorious article.

The Odd Couple: Romney vs. Gingrich (February 2012), Rolling Stone – If you, like me, are physically unable to watch the Republican debates because you might facepalm your face off, you’ll appreciate this hilarious and well-written take on the current state of affairs (the article is worth reading for the perfection of his descriptions of Romney and Gingrich alone).

The Truth Will Set You Free (December 2011), The Morning News – I did not even know that there was gonna be gay stuff in here but there was.

Sweatpants in Paradise: The Exciting World of Immersive Retail (September 2010), The Believer – “[Hollister] employees are selected for their insane good looks and friendliness, which creates the disorienting customer experience of receiving attention from people way out of your league over and over again.”

High Society (January 2012), The Washingtonian – Everyone in Washington DC is stoned, everyone is Nancy Botwin, etc.

Cheating, Incorporated (February 2011), Bloomberg BusinessWeek – On AshleyMadison.com, the website for men who want to cheat on their wives with other women and vice versa! Although really I wanted to bang my head against the wall when this guy kept complaining that facebook won’t take his ads and that it’s so hard to find investors for this kind of enterprise — he eventually did, of course, get the $20 million he needed — obviously we here at lesbian-ville have yet to achieve a similar feat.

Daddy Issues (March 2012), The Atlantic – “Even if, while howling like a banshee, I tore my 91-year-old father limb from limb with my own hands in the town square, I believe no jury of my peers would convict me. Indeed, if they knew all the facts, I believe any group of sensible, sane individuals would actually roll up their shirtsleeves and pitch in.”

Much Ado About Whatever (July 2011), The Morning News – About Tao Lin’s Muumuu House “web fiction factory” –> “The authors involved with Muumuu are young, relatively unknown to the larger literary world, and seem in their writing vaguely depressed. In their fiction and poetry, nothing much happens to their characters. And they all write like Tao Lin.”

sign up for our newsletter
Related:'zines/magazines#longreadscuratedlongform journalismthings i read that i love

Riese has written 2794 articles for us.