This is Autostraddle’s “How To Survive A Post(?)-COVID World” series. In some areas, COVID restrictions are lifting, but regardless of how “post”-COVID some of our individual worlds might feel, a pandemic and its lasting effects rage on. These writers are sharing their struggles and practical knowledge to help readers survive, heal and thrive in 2021.
This article covers racist attacks and includes discussion of sexual assault with no graphic descriptions.

On May 5th 2020, Melbourne bubble tea shop owner Jennifer Li was attacked verbally and physically by a white woman and a white man who thought she was a “virus carrier” while she was serving her customers. She reported the incident, an unusual move for a diasporic Asian woman. “The way that we’ve been educated is that you don’t provoke things,” she said in an interview. “If you can let it go, just let it go.”

The pressure Li felt to just “let it go” is indicative of a widespread and insidious expectation that Asian women should not express anger. We are expected to be submissive and non-opinionated. We are discouraged from speaking up. Across Asian cultures, from China to Cambodia, the silent endurance of oppression, such as staying in abusive relationships, is often hailed as a virtue.

For Asian women in the diaspora, the denial of our anger exists at the toxic intersection of sexism and the model minority stereotype, enforced on two fronts by white Western culture and from within our own communities. The prohibition of our rage actively endangers us. But attempts to suppress our anger also reveal its power: it poses a threat. Our anger can be a tool of resistance in a post-pandemic world. Instead of burying or relinquishing it, we should learn to use it.

From a young age, Asian girls are conditioned to be restrained. “While growing up, I would see my brother’s tantrums explained away or not disciplined,” writer and activist Regina Yau told Soraya Chemaly, author of the book Rage Becomes Her. “Meanwhile, my parents and all the adults around me came down hard on any expression of anger from me.” Asian girls are taught to forgive, not to protest.

In Rage Becomes Her, Chemaly describes the punishment of women’s anger as “a powerful regulation,” one inextricably tied to the upholding of unjust power structures. She argues that women’s anger cannot be legitimized because that would require a reckoning with centuries of violence and discrimination. Anger is also a tool that we are deprived of using to liberate ourselves. “By effectively severing anger from ‘good womanhood’, we choose to sever girls and women from the emotion that best protects us against danger and injustice”, she writes. Asian women suffer this silencing in double measure –– not only is our anger an unacceptable form of womanhood, it is also disruptive to the model minority myth.

The effects of this silencing are very real, putting Asian women at risk of cycles of domestic violence, gendered violence and racist violence. In a toolkit for British health professionals working with female Asian patients who have been victims of domestic violence, anonymous survivors talk about how they could not protest for fear of escalating the violence. Some talk about how in their cultures, patriarchy is used to normalize abusive behaviour in men and boys, husbands and elders. These survivors are under immense social pressure to forgive and remain with their abuser. “My family told me [my brother] would lose respect if his sister got divorced. After a week, he took me back to my [abusive] husband and said I’d made a mistake and should not have left”, said a service user of Pukaar, a London-based domestic violence organization for Asian women.

In recovery from abuse, victims are expected to relinquish anger in favour of forgiveness in order to ‘heal’, an idea present throughout mental health discourse. TV’s Dr Phil put it like this to Oprah Winfrey: “You choose to forgive [abusers] for what they did to you… I just did not want to spend life energy with bitterness and hatred towards them because it changes who I am as a husband and a father and a friend and a person.”

The aim is to get the victim to a functional state within the dominant paradigm as quickly as possible. The problem is that the dominant paradigm has never worked for marginalized people. For us, there may be no such thing as a ‘functional’ state within the current paradigm. This is why it is particularly violent when mental health professionals ask us to give up our anger. In doing so, they disregard our context and strip us of a powerful emotion that can fuel positive changes in our own lives and our communities.

JS Lee, a Korean-American writer who is a survivor of sexual assault, found healing in staying angry. “The traditional sense of the term “forgiveness” carries too much acceptance and grace”, she said in an email. For Lee, forgiving her abuser felt like valuing him over her own self in a time where she barely had the energy left to care for herself. She found self-worth and self-care in learning to validate her feelings of anger towards her abuser. She also situates her experience within a long legacy of sexual imperialism against Asian women. “I still don’t forgive,” Lee said, “but I do try to understand the fucked up society that bred it, without taking their own responsibilities away.”

In Chinese-American Amy Tan’s novel The Kitchen God’s Wife, protagonist Winnie Louie, who is jailed for deserting her abusive husband, says that she “would rather sleep on the concrete floor of a jail than go to that man’s house!” Many years later, as she retells that story to her daughter Pearl, she gloats over how that awful man died on Christmas Day, expressing joy at no longer having to worry about him unexpectedly coming back into her now happy life. Winnie Louie uses her anger as a life-affirming force that helps her survive abuse and rebuild a loving family. This kind of regenerative anger is a force that can obliterate old toxicity and create new wellness.

As we are living through the burning 20s, with a rising tide of anti-Asian racism, the threat of climate change, and multiple social injustices, we need that revolutionary angry force. Angry Asian Girls (AAG), a Boston-based collective, fulfills that mission by running creative events that give voice to angry Asian women who want to push back against the supremacist mainstream. On their colourful Instagram, many posts combine anger and healing together to form positive experiences of joy and resistance. As Chemaly writes, “The anger we have as women is an act of radical imagination. Angry women burn brighter than the sun. […] In them, anger has moved from debilitation to liberation.”

At its core, anger is just another emotion. The reason it is coded as unacceptable and destructive is that it threatens to disrupt our currently unequal world. It is time for Asian women everywhere to use anger as a tool of liberation in a post-pandemic world, because anger in the face of injustice is love for ourselves and our communities. We have to learn how to deconstruct what we’ve been taught, so that next time we are angry, we won’t just let it go — we will use it for our own benefit. 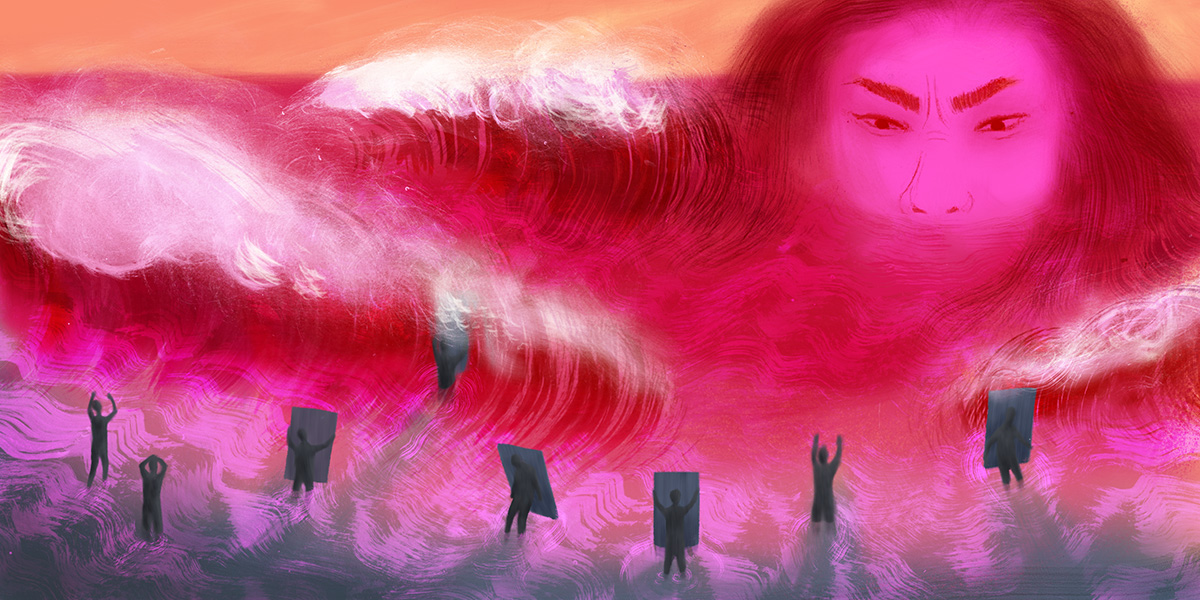 Diamond is an independent writer/journalist who focuses on contemporary social and environmental issues.

Diamond has written 2 articles for us.