It can be really tough to exist in the corporate world as a woman, particularly if you are a queer woman. The patriarchy works in insidious ways to keep you down, the media loves to tell you it’s impossible to have it all (whatever that means) and to top it off, you’re never sure if you can be honest about who you are as a human being without risking your job or your comfort. But we need more women in business and we need more queers everywhere, which is why we were so excited to learn that the Out for Undergraduate Business Conference exists, and is currently accepting applications for this fall’s conference. 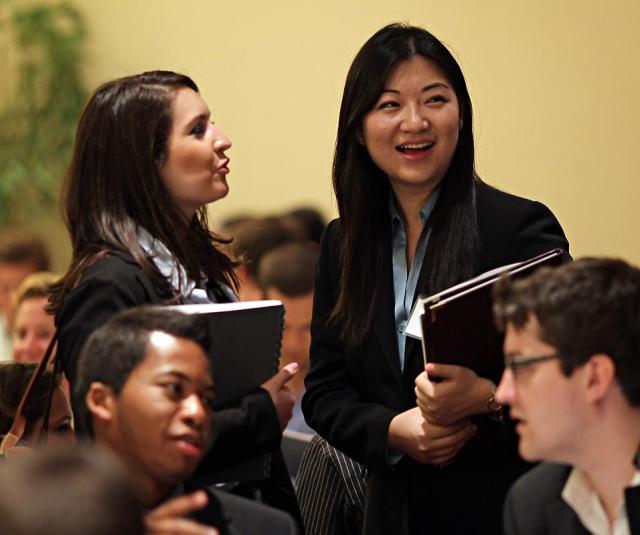 So what is the Out for Undergraduate Business Conference (OUBC)? It’s an annual conference that “brings together the nation’s most high potential undergraduate lesbian, gay, bisexual and transgender leaders for a weekend of education, inspiration, community development, and career recruitment.” This year it’s taking place on October 5-6. If you register by Wednesday (August 8) you will only have to pay a $40 registration fee. If you miss that deadline, don’t worry! Final registration goes all the way until September 17. Admission is competitive and the registration fee goes up to $60 after August 8, though, so if you’re keen on going I’d hustle with that application. There’s also a scholarship option and you’ll have a better chance of securing it if you apply early.

Baylee Feore, the chair of marketing for OUBC, spoke with me about why the conference is important and how it helped her. Feore graduated from the University of Pennsylvania in 2010 — after attending OUBC three times — and secured a job as a consultant at Booz&Co. thanks in part to the contacts she’d made at the conference. She joined the OUBC board of organizers because she found the conference so fun and valuable that she wanted to keep working to make it great for other LGBTQ undergraduates interested in business. As one of two women on the board, Feore has noticed that the conference has an abundance of male-identified persons applying and attending, but we’re hoping that by alerting all you business-inclined whip-smart Autostraddle college students of the conference’s existence, we can tip those scales and increase the diversity and inclusivity. It’s important to note that inclusivity is a top priority of the conference: it is billed as a safe and open space for everyone, with commitments to non-sexist and gender-neutral language, anti-racism, and a promise of gender-neutral bathroom options. 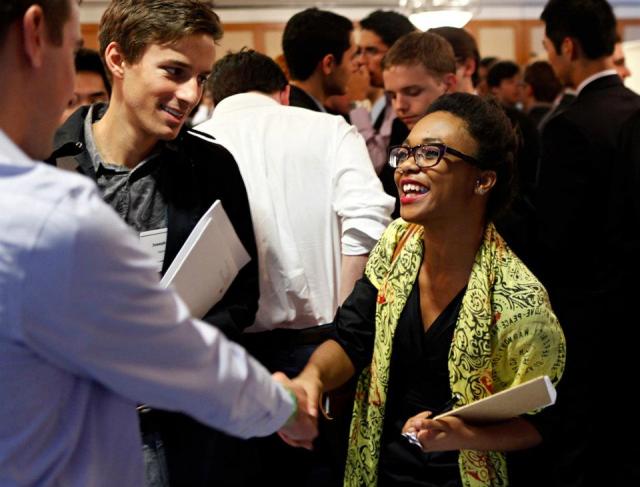 Personally, networking terrifies me but these humans look like they totally know what they’re doing. via OUBC 2010

The conference got its start in 2004 at Cornell University but has been held in New York City every year since. It’s been held at NYU’s Stern School of Business and at Lehman Brothers, will be held at J.P. Morgan Chase this year, and receives support from more than thirty top firms in the investment banking, management consulting, and accounting industries. To be honest, just knowing that big names such as J.P. Morgan Chase, Ernst & Young, and Goldman Sachs are sponsoring this event and publicly supporting the LGBT community is a pretty big deal. Feore said one of the most common concerns for young undergrads who attend the conference is fear, and seeing tangible proof that big names are supportive may help allay that fear for young professionals. “That’s a big part of the conference,” she said. “We educate people that it’s okay to be out, and it’s not necessarily going to have a negative impact on your career.” She told me that while she can’t claim every company in the corporate world is supportive, the sponsors are among the top 5-10 firms in their industries, “and it’s representative that they’re supportive.”

Feore also stressed that the conference can be a great learning experience even if a student isn’t sure they want to go into a business-related career. She met a girl at one conference who was very hesitant about working for a consulting firm. At the conference, the girl learned one of the sponsors has an entire non-profit division and now she works there. “Students frequently tell us the conference changed their lives and the success rate for job placement is very high,” Feore said. The team is hoping that eventually they will be a larger organization with more resources than their annual conference. “We want to become a real network for undergraduates,” Feore said. 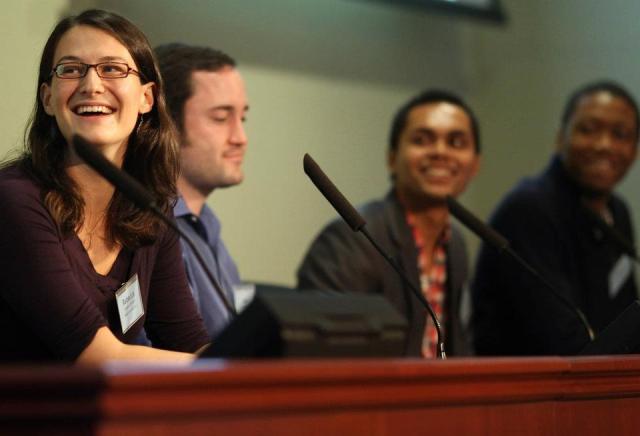 In a time when jobs are hard to come by no matter what industry you’re hoping to work in, finding a network of like-minded humans who not only affirm your identity but actually celebrate it and could help you find a job sounds like a dream come true.

If the OUBC is relevant to your interests, apply ASAP.