Happy mid-week Pop Culture Fix, friends and foes! (Just kidding, none of you are my foes!)

+ Hallmark’s upcoming movie, Wedding Every Weekend, will feature a lesbian wedding as one of those weddings that happen every weekend. These are Hallmarks first gays ever. NBC News’ article about it has absolutely delighted me for this quote alone: “Thank you Hallmark Channel USA!,” commented one man on Facebook. 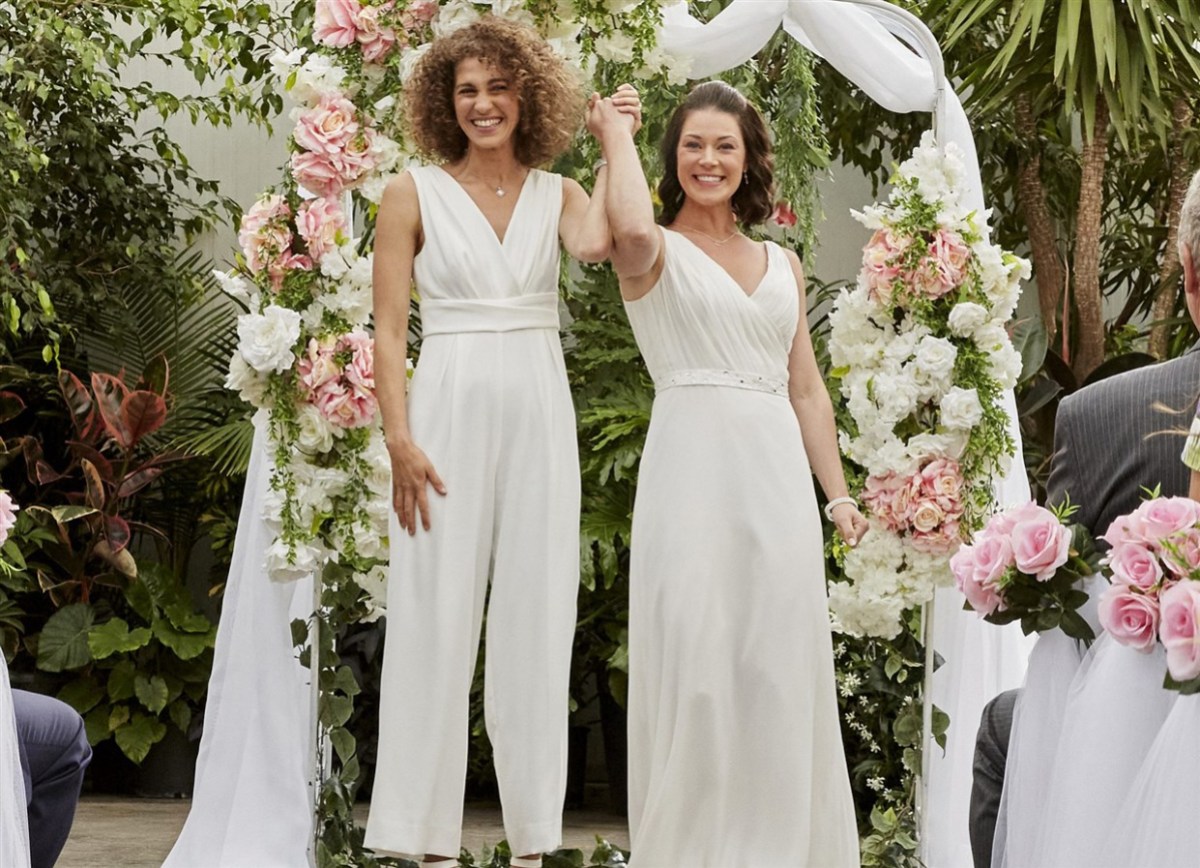 + Ruby Rose chatted with Entertainment Weekly about why she really decided to leave Batwoman.

+ Hold the phone: Keke Palmer had a Disney Channel series that didn’t get picked up???

+ Oh you know, just Stacey Abrams out here moderating a One Day at a Time panel at PaleyFest.

+ I believe you (and Carmen) will have plenty of feelings about TV Line’s list of Grey’s Anatomy characters, ranked.

+ Kimberly Drew’s profile of Janet Mock in Marie Claire is your must-read this week.

+ Yesterday, Twitter-er Thedude3445 asked us to investigate whether or not they’d found the actual first lesbian kiss on TV: “It was between country singer k.d. lang and an unnamed cow muppet during episode 9 of the JIM HENSON HOUR, back in 1989.” We cannot yet confirm this, but Natalie did find the full clip on YouTube and wwwwoooow!

+ Tamara Smart And Indya Moore will star together in Netflix’s A Babysitter’s Guide to Monster Hunting.

+ Roxane Gay will adapt her graphic novel, The Banks, for TKO Studios’ Marco and also obviously will executive produce. (If you’ve never read The Banks, you should; it’s illustrated by Bombshells‘ Ming Doyle. She and Gay are a dream team.)

+ Sarah Cooper is getting a Netflix comedy special that’ll be directed by Natasha Lyonne.

+ This is NOT good news: Avatar‘s creators have left Netflix’s live-adaptation of the series.

+ Over at Bitch, Rachel Charlene Lewis wrote a “goodbye to the Black bisexual messiness of High Fidelity.”

+ This isn’t gay but I love Top Chef‘s Carla Hall and she’s getting her own Food Network show!

+ And finally, the world’s last Blockbuster will soon be available to rent as an Airbnb.

Heather has written 1126 articles for us.