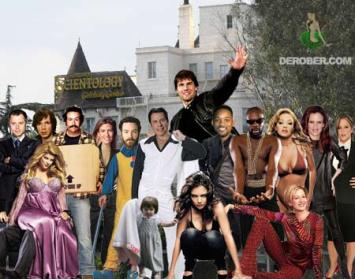 The first rule of media club is don’t talk about Scientologists. It’s just not worth it. They’ll sue you or slash your tires or something. Everyone is so sensitive, in any event, especially about the gay thing. So people try to stay away from it. Especially people like The New Yorker, because they are a very Serious publication. But there have been cracks in the Scientologist’s Media Control lately — a leaked Tom Cruise tape on Gawker, an Anonymous 4chan-esque hack, a few small articles here and there, heightened interest on John Travolta’s reasons to be involved with the church, a BBC documentary — and a major exposè in 2009 in the St. Petersburg Times.

This New Yorker article I’m telling you to read is still a pretty big deal. I mean I’m semi-obsessed with culty things like Scientology, and there was stuff even I didn’t know in this thing.

In Paul Haggis v. The Church of Scientology, The New Yorker tells the story of Paul Haggis! obvs, a screenwriter who renounced his membership to the Church due to a number of factors but most prevalently/immediately, their support of Prop 8 and refusal to take a stand in favor of gay rights. Also, Haggis has two gay daughters.

This is the longest article I’ve read on Scientology since a RADAR magazine article about five years back that got everyone in big trouble.

It’s a really fascinating piece — Haggis has such hindsight now and he asks the questions we ask when we look at the religion from our vantage point. He’s lucid and self-reflective. But more importantly, this article breaks alllll this stuff down for you like the history and the lawsuits and the allegations of abuse and some crazy shit about Tom Cruise.