Obama: And by the way, I want to acknowledge our first lady, Michelle Obama, who this year is creating a national movement to tackle the epidemic of childhood obesity and make kids healthier… Thank you, honey.

Laneia: “thank you, honey”
Sarah: i love her
Laneia: <3
Sarah: btw
Laneia: mhm classssy
Sarah: she seems so unpretentious
OMG I LOVE HER
sit down hahah
that’s what i would say
stop clapping fools!
Laneia: hahaaa
Sarah: look at the supreme court, up there at the front
not standing up
they’re so cute and stodgy

iix. thanks so much george w bush for your nonsense

Laneia: are you taking notes?
Sarah: i don’t think any of these ppl know anything about health care
Laneia: basically just make note that he’s backing / not backing this bill
and is willing to listen to other ppl’s ideas.
Sarah: yes that was cute

Obama: By the time I took office, we had a one-year deficit of over $1 trillion and projected deficits of $8 trillion over the next decade. Most of this was the result of not paying for two wars, two tax cuts, and an expensive prescription drug program.

On top of that, the effects of the recession put a $3 trillion hole in our budget. All this was before I walked in the door.

Laneia: “all this was before i walked in the door”
Sarah: ha, omg 1 trillion dollars
that is SO. MUCH. MONEY.

Obama: So tonight, I’m proposing specific steps to pay for the $1 trillion that it took to rescue the economy last year. Starting in 2011, we are prepared to freeze government spending for three years.

Sarah: ok yes i agree completely
federal gov’t should be cutting back just like the rest of america
probs no one agrees with me?
what is this freeze gonna mean
Laneia: you can’t CUT spending ANNNND increase infrastructure, though
Sarah: that’s what i wanna know
Laneia: i mean, you have to spend money to create jobs

Obama: “Like any cash-strapped family, we will work within a budget to invest in what we need and sacrifice what we don’t. And if I have to enforce this discipline by veto, I will.”

Sarah: oh shit he pulled out the veto
Laneia: VETO BITCH
Sarah: yeah but it’s going to SUCK in twenty years
Laneia: right like i agree w/ eliminating what doesn’t work
Sarah: and also china owns so much of our debt
Laneia: um yes
Sarah: everyone agrees with that
but what’s your idea of what doesn’t work
that’s the question
Laneia: right
like, um, providing free abortions to impoverished teens
Sarah: exactly
or clean needles
Laneia: yes, god.

Obama: To close that credibility gap, we have to take action on both ends of Pennsylvania Avenue, to end the outsized influence of lobbyists, to do our work openly, to give our people the government they deserve.

Laneia: UM BUT WHAT ABT THE SUPREME CRTS DECISION TO ALLOW ANONYMOUS DONATIONS
Sarah: YES WHAT ABOUT THAT

Obama: With all due deference to separation of powers, last week, the Supreme Court reversed a century of law that I believe will open the floodgates for special interests, including foreign corporations, to spend without limit in our elections.

Laneia: oh hello
Sarah: wait wait – god he is talking too fast
I CANNOT PROCESS
ruth bader ginsberg is so effing adorable, like my grandmother. 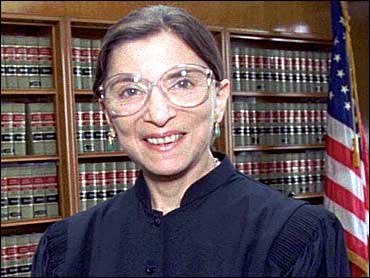 Obama: I don’t think American elections should be bankrolled by America’s most powerful interests or, worse, by foreign entities. They should be decided by the American people. And I urge Democrats and Republicans to pass a bill that helps correct some of these problems.

Sarah: i’m glad he is addressing this
Laneia: helps correct …. the supreme court

Obama: Tonight, I’m calling on Congress to publish all earmark requests on a single Web site before there’s a vote so that the American people can see how their money is being spent.

Sarah: yes yes yes, digital records
Laneia: oh hm publish earmark req’s. that’s a good idea
Sarah: those are SO IMPORTANT
i think the government should publish all records on the internet
like you shouldn’t have to request it and then pay for photo copies
Laneia: yes, srsly
Sarah: because like, this is 2010. and everyone in america should be able to easily find out who bankrolls their representatives

Obama: These disagreements, about the role of government in our lives, about our national priorities and our national security, they’ve been taking place for over 200 years. They’re the very essence of our democracy.

Laneia: he is so. fucking. bipartisan-hard

Obama: “To Democrats, I would remind you that we still have the largest majority in decades and the people expect us to solve problems, not run for the hills.”

Laneia: “i’m trying to change the tone of our politics”
=
dems, don’t be pussies
[paraphrasing]
Sarah: we should translate
Obama into autospeak

Obama: Just saying no to everything may be good short-term politics, but it’s not leadership. We were sent here to serve our citizens, not our ambitions.

Laneia: = repubs : don’t be bitches. be helpful
Sarah: “saying no to everything isn’t leadership”
i think literally every person in that room needs to hear that
including obama
Laneia: mmmhm

Obama: I’d like to begin monthly meetings with both Democratic and Republican leadership. I know you can’t wait.

Obama: “I know that all of us love this country. All of us are committed to its defense. So let’s put aside the schoolyard taunts about who’s tough. Let’s reject the false choice between protecting our people and upholding our values. Let’s leave behind the fear and division and do what it takes to defend our nation and forge a more hopeful future, for America and for the world.”

Laneia: = let’s get off our asses and just get some shit done so we don’t all look like overpaid cunts
also, stop the name-calling, assholes
Sarah: let’s reject the choice between protecting our people and protecting our values
i like that

Sarah: if someone had included “since the day i took office” in a drinking game, they’d be schwasted

Obama: And in Afghanistan, we’re increasing our troops and training Afghan security forces so they can begin to take the lead in July of 2011 and our troops can begin to come home

Obama: As a candidate, I promised that I would end this war, and that is what I am doing as president. We will have all of our combat troops out of Iraq by the end of this August.

Obama: That’s why we’re building a 21st-century [Veterans Affairs] And that’s why Michelle has joined with Jill Biden to forge a national commitment to support military families.

and now for the part about gay people!

Obama: We find unity in our incredible diversity, drawing on the promise enshrined in our Constitution, the notion that we’re all created equal, that no matter who you are or what you look like, if you abide by the law, you should be protected by it, if you adhere to our common values, you should be treated no different than anyone else.

We must continually renew this promise. My administration has a Civil Rights Division that is once again prosecuting civil rights violations and employment discrimination.

We finally strengthened our laws to protect against crimes driven by hate.

This year — this year, I will work with Congress and our military to finally repeal the law that denies gay Americans the right to serve the country they love because of who they are. It’s the right thing to do.

We’re going to crack down on violations of equal pay laws, so that women get equal pay for an equal day’s work.

And we should continue the work of fixing our broken immigration system, to secure our borders, and enforce our laws, and ensure that everyone who plays by the rules can contribute to our economy and enrich our nations.

[Laneia returns from her pee break]
Laneia: he better start talking abt dadt
oh did he already??
Sarah: yes.
Laneia: god stupid pee break
Sarah: “it’s the right thing to do,” and he will work with congress and the military that denies the right to gays to serve for the country they love. i think
fuck it was too long of a sentence
that was like a throwaway line!
bing bam boom

I campaigned on the promise of change, change we can believe in, the slogan went. And right now, I know there are many Americans who aren’t sure if they still believe we can change, or that I can deliver it.

But remember this: I never suggested that change would be easy or that I could do it alone. Democracy in a nation of 300 million people can be noisy and messy and complicated. And when you try to do big things and make big changes, it stirs passions and controversy. That’s just how it is.

A new decade stretches before us.

We don’t quit. I don’t quit. Let’s seize this moment, to start anew, to carry the dream forward, and to strengthen our union once more.

So. Pam’s House Blend has a rundown of LGBT reactions to his announcement of the appeal.

How do we feel? Well there was a ton of applause tonight, but the only moment of clapping and approval that really stood out to me was the moment after Obama called for the repeal of DADT. I mean, people actually agreed, you guys. Straight humans agreed that gay humans should be treated equally, and they did so in a public forum. That’s a big deal. I can’t believe I live in a world where that’s still a big deal, but I do and it is.

Obvs the next step is: get to it.

As the good man pointed out, cynicism is easy. But he made an appeal to the national character tonight in a way our last president certainly never could. Maybe that’s what endears us to him, even when he doesn’t do what he ought to do: that he seems to think being better humans is the solution to all our nation’s problems. He’s right. But will we get there, and will he honestly lead the way?