Mia Kirshner, Immortal Princess of Darkness, part-time carnival employee and Founder / Director of I Live Here Projects, is asking for your help. A gay couple in Malawi, where any homosexual act is considered a crime, chose to marry each other in a public ceremony last December. They now face up to 14 years of prison and hard labor. In her piece on HuffPo, Malawi Gay Couple to be Imprisoned: I Will No Longer Keep Quiet, Kirshner shows not only her dedication to human rights, but also a level of honest optimism (and it’s not naïveté, not at all), that you can’t help but embrace as your own:

“What I know is true is that there is no shame in being gay. Love does not understand gender.”

“I won’t give up on this beautiful country because I know that these draconian laws betray the great beauty of this country I love so much.” 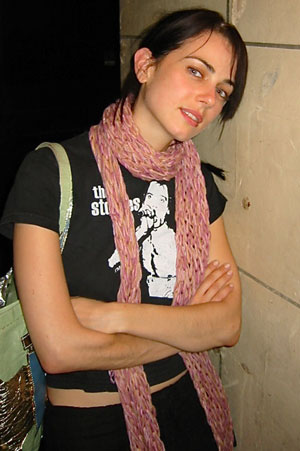 Here’s the deal: Mia is the perfect example of someone using their fame and accompanying resources for good, not evil. It’s clear that she views acting as a job – a way to make enough money to do charity work, not just a path to the most reliable coke dealer. Also, we can’t help but fall all over ourselves loving her because she’s been embracing gay roles and standing up for our rights long before it was considered cool. (Is it considered cool now? It’d f*cking better be.) This interview with Mia Kirshner from last year following The L Word’s abysymal final season includes some choice quotes reflecting Mia’s overall awesomeness:

AE: Did you like the way the series ended?
MK: No. No. No, I didn’t. But what can I say? We had so much freedom on The L Word, I think we became used to being able to have our say, and being heard on the show. But that’s not normal. That’s definitely a privilege that [creator and executive producer,] Ilene [Chaiken] and [executive producer,] Rose Lam gave to the cast.

Therefore, when things went down the way they did, it was surprising not to be asked, “Are you OK with this? What do you think of this?”

But they don’t have to do that. We were lucky to have jobs.

AE: What did you think when you got the script and found out Jenny was dead?
MK: I remember so clearly being so shocked at my own reaction. We were shooting the scene where Niki [played by Kate French] is trying to seduce [laughs] – I call everyone by their real name – Alexandra Hedison’s character at the club. We had just come back from lunch and finally, I had heard. There was all this speculation about what was happening, and it was really toward the end of the show. I remember being really upset by it, and being surprised by how upset I was.

There was the logical mind, where I was like: “This is just a character. You’re lucky that you worked so long, and it gave you opportunity to do so much.” But there was another part of me that was so sad because I tried to find the best in Jenny, in order to play her.

I agree with most of what people say about her, but here was a girl, if I can defend Jenny, who at the end of the day, seemed bi-polar to me. And an artist in search of herself. I never wanted Jenny to be a hero. I admired Ilene for making her a complicated, often unlikable character, but perhaps a truthful character that pushed people’s button.

But especially [during] Prop 8, what does this say about a show that was supposed to be about friendship? I guess I was just sad that there was no redemption on that end.

Later in the interview, in reference to a lady in a club in Vancouver coming up to her and telling her, “I hope you die”:

And what does she do with that money that she makes from her job? Shit that actually matters.

So, getting back to the Malawi couple, Tiwonge Chimbalanga and Steven Monjeza, Mia echoes the same grumbling, disgusted, why-is-this-common-sense-yet-not-common-practice feelings I think you’ll probably relate to: 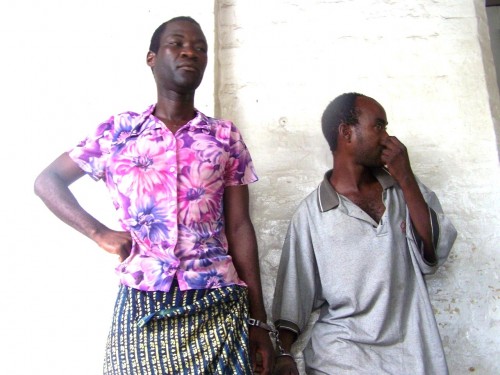 Steven and Tiwonge will stand trial this week. Instead of sitting around pissed off and wondering what to eat for dinner, why don’t you sign this petition to urge UNICEF to pressure Malawi to ditch the trial and set these incredibly brave men free. (@huffpo)

You can read more about Mia’s efforts in her ‘paper documentary’ / book, I Live Here, which I am now going to purchase and eat alive, just like Jenny would’ve wanted.

There’s a whole segment of the gay population – mostly the ones who listen to NPR on their way to buy more Three-Buck Chuck for their ugly sweater parties – that will be falling all over themselves when they learn that the producers of NPR are releasing their own lip-dub version of Lady Gaga’s “Telephone” on Thursday. (@accesshollywood)

At long last Mary Glasspool is finally going to become a gay lady bishop in Long Beach, CA! “My commitment is to reach out to those who think or believe differently.” You go, girl! (@presstelegram)

Queen Latifah and her personal trainer who, I don’t know you guys, they must be really close friends or something because it looks like her name is on the deed too, how weird, have bought a new mansion in Hollywood. Pictures are over at Queerty. It looks baller. (@queerty)

I can’t remember, are you guys into KStew? What about KStew in lingerie? Surrounded by other pictures of KStew? If you’re into that, it looks like Elle has got you covered. (@ohnotheydidnt)