Hey hey hey! As the world spins madly on, so do the lives of the humans who prepare Autostraddle sandwiches and scissorfists for you every goshdarn day. Today is a special day because today we are going to do two things:

1. Perform a moving tribute song for Laura Wooley, who will be stepping down as Associate Editor and returning to Writerville as she embarks upon a journey to Fordham Law School. Law School! That means she can join our ex-Managing Editor Sarah in an law firm called Palmer & Wooley solely dedicated to handling situations wherein Ilene Chaiken is fucking with our shit.

Without any further ado…

Changing of The Guards

Laura Wooley Steps Down From Associate Editor Position, Goes To Law School, Will Still Write For Autostraddle Though Don’t Worry

It is with a heavy yet radiantly red-hot heart that we bid farewell to Associate Editor Hot Laura — except not really, because she’s still gonna be writing for us, she just won’t be writing/editing for us every day as she has been for the past 1.5 years as Associate Editor. But thinking about this transition has got me thinking about how things change so much around here, like all the time, from week to week and year to year, and only a few things have stayed the same. I’m in awe of these few things that have stayed the same, like how I’m in awe that my 2005-purchased iPod nano remains functional all these years later.

Anyhow, only a handful of people have been here the entire time, writing and working for AS consistently without any major break since that first spring of 2009. Mostly it’s just the founding fathers: Laneia, Crystal, Alex, Robin, Me. But it’s also Laura.

I’ve cyber-known Laura since 2008 — I had this personal blog, Autowin, and I had a solid contingent of bloggers who regularly commented and I loved these bloggers like a cyber-family and one of those bloggers was Laura. She read Stephen Dunn because I told her to and I listened to the playlists she’d e-mail me because she told me to and because they were the best. After she submitted her photo to our “8 Against 8” campaign, she became known as “Hot Laura.” 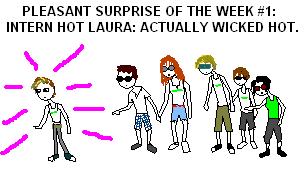 drawing by stef via pride 2009 recap

We launched Autostraddle in March of 2009, and in May of 2009 Laura was one of the 14 interns who jumped aboard to help steer our shaky ship to richer waters. Did we accept everybody who applied? Perhaps. But back then qualifications didn’t really matter because it wasn’t about writing the articles so much as it was about writing the future, about holding us up when things seemed hopeless, about making our work feel useful, about spreading the world and recruiting, recruiting, recruiting. Some people did have actual qualifications though, and could write and do other helpful things. (Like Laura)

They’d come to New York, these interns, from all over the world, and they’d sleep in my humid-sticky-hot Harlem living room, climb around Central Park, get sloppy over bowls of pasta and carafes of wine in Little Italy. They wrote poems in little notebooks, and posts in their blogs, and Emily and Laura read Linda Barry and then made all these Barry-esque doodles. We’d hang out on my bed, weed smoke heavy in the air, half-empty beer bottles on nightstands, talking about stories we might write one day, maybe. They were 19 or 20, we were five or ten years older than that. The answer to “were we ever so young?” is FUCK YEAH.

At some point that first fall I remember being in Los Angeles with Alex and (our then-business-director) Brooke and asking Brooke if Laura was a Baby Genius, and Brooke was like, yup. Because I knew she was smart and creative and all those things all Autostraddlers are and I knew her outfits were the cutest and her recipes were the tastiest and her crafts the coolest. I mean, she makes her own lip balm and suspenders, masters stats and sociology and she can write, too, and do music. We all agreed that she was probs a prodigy and for that reason and many others, it was a no-brainer to promote Laura to associate editor when it became clear in early 2012 that we needed such a thing.

Despite our collective sadness at having to abandon the moniker Intern Hot Laura, we’d moved her up to Contributing Editor in 2011, and she’d written pretty kickass things, such as Tailoring Tips For Girls Who Wear Menswear, Surviving Winter: The Kit and Twentysomethings Living At Home Are Destroying The Economy!!!! 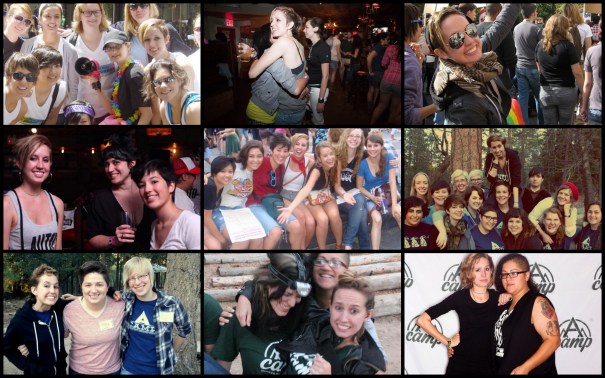 Moreso even than the Exec Editor and the Senior Editor, much of what Associate Editors do is behind-the-scenes and therefore invisible. Almost everything, really. So let me end this little tribute with a few of the things you can thank Laura for:

So, THANK YOU LAURA FOR BEING SO HOT. 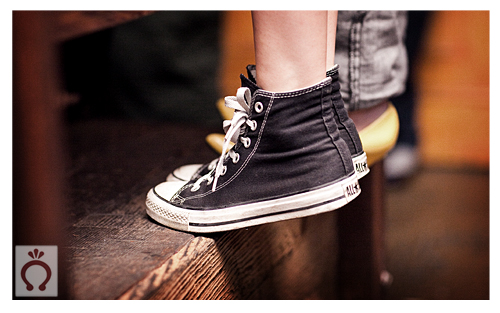 “Intern,” by Robin Roemer. 2009. Starring Laura’s feet. (with KC Danger’s feet behind her)

In the past, we’ve always promoted “from within,” but this time we felt like the website needed some new blood, new points of view. Maybe we could use some perspectives garnered from other publications besides our own. So without any further ado, the two women you’re about to gradually fall in love with! 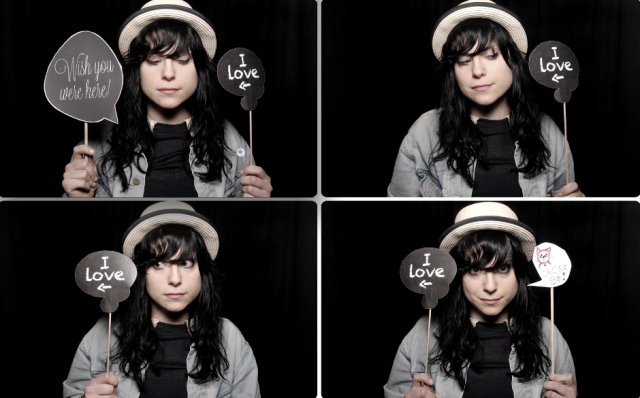 Lane Moore is a stand-up comedian, writer, actor, director, and musician in NYC. Lane is a writer for The Onion, McSweeney’s, Ms. Magazine, XOJane and Feministing, a former editor for Jezebel, and a talking head on VH1/MTV. Lane is also on the board of directors for the Women In Comedy Festival, where she performs/teaches writing workshops focusing on writing, gender and queerness. Lane self-publishes a comic book called Smarty Pants and is the creator, writer, director, and star of upcoming queer comedy web series Gold Stars. She is also the singer, songwriter, and multi-instrumentalist behind the band It Was Romance and creator of an upcoming podcast Are You Afraid Of The Snark? She enjoys walking faster than any human should walk, making friends with septuagenarians, and finding awesome stuff on the side of the road. You can and should follow her on Twitter.

+ Whenever I meet someone who says they’re a huge Buffy fan, I immediately know they are a good person and trust them implicitly.

+ That video of Kristen Bell freaking out about sloths was based on my real life. 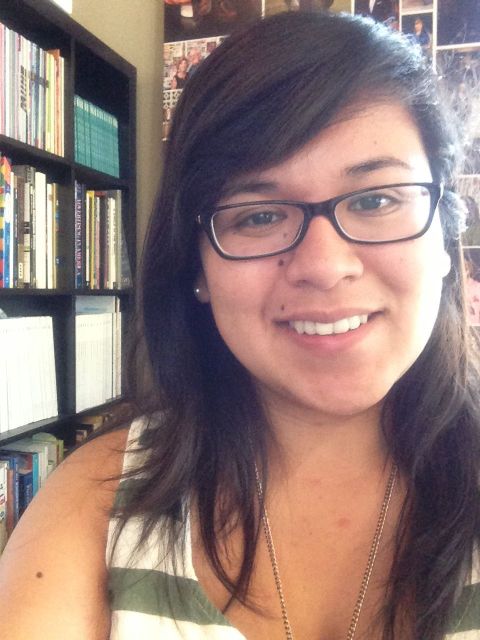 Yvonne is a queer Tejana who recently moved to Dallas, TX. She grew up in the Rio Grande Valley, where Spanglish is the official language and every taco shack is golden. She graduated from the University of Texas at Austin with a degree in journalism and is now a freelance writer. A former associate editor for L Style G Style magazine, her work has appeared in The Dallas Morning News, The Alcalde and other local publications.

When she’s not holed up in a café writing stuff, she loves to transform beloved Mexican recipes into healthier, lighter versions, watch Chopped with her girlfriend, and discover new places to eat with the help of Yelp.

+ My partner and I gave up fried food for a year just because our friends didn’t believe we could do it. Texas’ official state snack are chips and salsa; so believe me, it’s been so hard. But we’re halfway through!

+ My parents almost named me Guadalupe because I was born on December 12 which is the day La Virgen de Guadalupe is celebrated in Mexico.

+ I have a Dallas Cowboys debit card that a bank teller forced me to get four years ago. Just to be clear, I am not a fan of the Dallas Cowboys. Till this day, when I pay for things, people either give me high-fives or death stares.