The Republican Party Platform was debated on this week, and it breaks down like this: jobs jobs jobs abortion and gays. Basically, the Republican party has nailed down social conservatism from 1950, and plans to fuck all of us over with it. Thanks, guys! 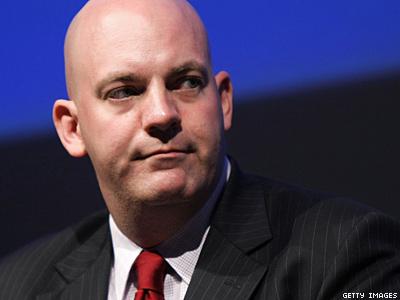 The Log Cabin Republicans are pissed about this sanctity of marriage business. In a press release from their website, Executive Director R. Clarke Cooper said:

The obsessive exclusion of gay couples, including military families, from the rights and responsibilities of marriage, combined with bizarre rhetoric about ‘hate campaigns’ and ‘the homosexual rights agenda’ are clear signs of desperation among social conservatives who know that public opinion is rapidly turning in favor of equality.

The Young Conservatives for the Freedom to Marry — you may remember that group from a month or so ago — also tried to persuade the Republican platform committee to stop opposing marriage equality in their official platform, but I suppose you can guess how well that worked.

Now, remember that the Log Cabin Republicans did not endorse Romney — that was GOProud. The Log Cabin Republicans were actually very influential in getting “Don’t Ask, Don’t Tell” repealed and actually filed the court case Log Cabin Republicans vs. The United States. They are fiscally conservative, and hope to influence the Republican party “by promoting the core values of limited government, individual liberty, personal responsibility, free markets and a strong national defense while advocating for the freedom and equality of gay and lesbian Americans.” 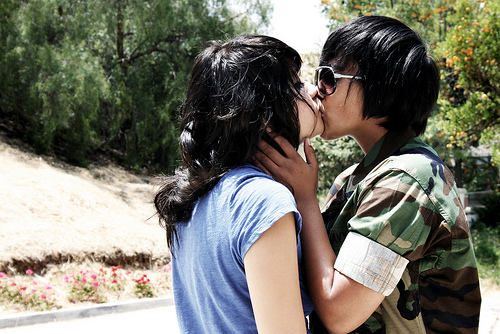 “I guess this is okay as long as they don’t get married or have abortions.”
via {The Next Family}

In the Log Cabin Republicans press release, Cooper goes on to say that this platform may be the last time the GOP includes the opinions of the Family Research Council about marriage, and does discuss the fact that platforms “rarely influence policy.” They commend the Republican party for taking out any reference to bringing back “Don’t Ask, Don’t Tell” and are happy to see that LGBT immigrants seeking asylum from countries such as Iran are not referred to negatively in the document. They are also confident that there will never be amendment to the constitution upholding the sanctity of marriage between one man and one woman.

Yeah, well, I’m glad one of us believes in humanity, because I’m not convinced the Republican platform is going to bow to the pressure of minorities any time soon. Really, 0% of black voters are for Romney. That’s a big red flag, don’t you think? The Republican Party has consistently alienated minorities and the middle class with their “Fuck you, I’ve got mine” mentality and are confident in getting away with murder.

Faithful to the ‘self-evident’ truths enshrined in the Declaration of Independence, we assert the sanctity of human life and affirm that the unborn child has a fundamental individual right to life which cannot be infringed. We support a human life amendment to the Constitution and endorse legislation to make clear that the Fourteenth Amendment’s protections apply to unborn children.

There are no exceptions for cases of incest or rape. Remind you of anyone? The platform also includes positive reference to states with those disgusting and horrifying ultrasound bills and mandatory waiting periods. However, the human life amendment has been included in one way or another in the Republican platform for 32 years, even after John McCain pushed hard in 2000 to get cases of incest and rape removed from the ban. 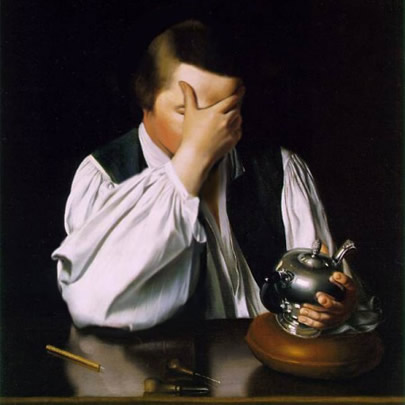 Really, I am 200% sure that abortion is what the founding fathers were talking about in the Fourteenth Amendment, which, might I remind you, includes,“No State shall … deprive any person of life, liberty, or property, without due process of law; nor deny to any person within its jurisdiction the equal protection of the laws,” and also a few words about citizenship and due process.  That does not say, “A fertilized egg is a person.” Would everyone please stop trying to make it sound like it does?

When is the Republican party going to realize that they are way too far gone in terms of social conservatism? It was funny in the beginning, right? It was funny to watch Republican presidential candidates mess up words and backtrack and have zero clue what they were talking about. It’s not funny anymore, because this is reality, and there’s an election approaching. This isn’t even fiscally responsible, because they’re wasting so much time and money on getting unjust laws passed, like Personhood and Sanctity of Marriage laws.

The Log Cabin Republicans are on the right track, but they remain too idealistic in regards to the Republican platform. It seems as though they are saying, “This is a step in the right direction” and keeping their fingers crossed for the future. But there’s no evidence that the future will hold any kind of growth or evolution from the Republican party. You can send letters and stand in front of pulpits all you want, but it’s hard to convince people backing their claims on the Bible with no regard to common sense, the separation of church and state, or actual fiscal responsibility.

I read somewhere that the GOP wants to make government so tiny it can fit inside a woman’s uterus. Maybe they also plan to insert their tiny government inside of my wedding ring. But even the Republican gays are putting their foot down — good luck with that one, GOP.