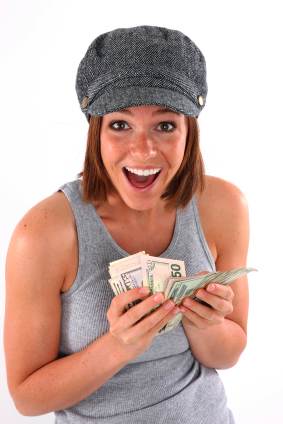 Irin at Jezebel disputed Maddy Dychtwald’s complaint, voiced at an event for Dychtwald’s new book on women’s economic power, that “young women she’d encountered were mostly interested in bikini waxes and how to get a man.”

But when Irin looked at Dychtwald’s book, she found that “one finding in Dychtwald’s book did give me pause.” She found some surprising statistics in Influence: How Women’s Soaring Economic Power Will Transform Our World For The Better.

Eight percent of all women in the survey fell into the “supportive traditionalist” category, the most passive and male-dependent one. But when it came to younger women — in their twenties in particular — the results were more dramatic:

“I was shocked to see that younger women were almost twice as likely as mature women to call themselves Supportive Traditionalists, even if they weren’t married. They were more likely than older women to worry about usurping the man’s role, to think money might make them less attractive to men, and to say that they’d see their partner as ‘more of a man’ if he took control of the finances.”

Jezebel’s article postulates that maybe the younger women haven’t been disillusioned yet. They’re still clinging to fantasies of men on white horses, while the older crowd had learned better by now.

We’d like to know what those statistics say about queer women, but we can guess that they’re probably dramatically lower. When you realize you’re gay, all that financial security offered by the patriarchy in exchange for some of your autonomy disappears overnight. Queer women no longer have access to that world. It’s a fact that can be kind of terrifying, especially when you consider 1) the huge amount of legal grey area surrounding gay partnerships and 2) how much more expensive it is to be gay. 3) According to a 2009 Williams Rpeport, Lesbian couples are more likely to be poor than married heterosexuals, and children of same-sex parents are twice as likely to live in poverty as those of traditional married couples, a new report shows.

When it comes to financial independence and security, gay women have a lot more to be worried about it. But at least we aren’t saddled with the Cinderella myths that straight women appear to be struggling with.

On the upside, it looks like Ramin Setoodeh has finally learned how to employ the first person singular to write an opinion piece (sometimes). On the downside, Setoodeh missed an opportunity to apologize or see the error of his ways — and for a writer who apparently is now claiming he writes opinion pieces rather than news articles, he’s going to have to work on that! We’ll have a full editorial yelling at Ramin later this evening, so hold your comments for that!

What do you say when your child comes out to you? Maybe more parents should ponder that, because you only get one shot at that conversation. The Wall Street Journal has an analysis of what different pediatric organizations think. Surprisingly enough, it turns out that kids with supportive families are far less likely to be depressed or to attempt suicide. (@wsj)

The unfortunate reality of gay marriage laws in the US means a dizzying patchwork of legal hoops for gay families. Marriage licenses that transfer across state lines are just one more thing straight people have that gays don’t, and that can lead to some headaches. This story of two women who moved from Massachusetts — where they were legally married — to Pennsylvania — where they weren’t — illustrates the point perfectly.

But frustration was evident as they told of the hoops they had to jump through, at extra cost, to amass legal documents they wouldn’t have needed in Massachusetts – including a second-parent adoption… At their lawyer’s advice, the two women have stored their legal forms on flash drives that they carry constantly.

Of course, the Defense of Marriage Act is one of the big roadblocks to uniform marriage laws. It is currently being challenged in federal court, so we’ll see what happens there. (@washingtonpost)

More and more lesbian couples are choosing to have kids, even in The Castro, apparently. (@sfgate)

After the Catholic Church made headlines again for the priest sex abuse scandals, what are the effects for openly gay members of the clergy? The anti-gay messages coming from the Catholic hierarchy beg a difficult question regarding the many gay priests in the church. Though “active homosexuals” and “supporters of gay culture” have technically been barred from priesthood since 1961, it is estimated that somewhere between 20 and 50 percent of priests are, to some degree, gay. But, owing to the vociferously anti-gay sentiment from the Vatican, these men are frequently silenced, left to languish in secrecy if they choose to continue following their calling to the priesthood. (@bostonedge)