“It started off as a white, gay, male organization many years ago,” Pierre De Voss, a five-year board member of the Triangle Project tells me. “Then the orientation changed completely. [Now] the vast majority of people served are Black and more women than men. The director is a woman, it’s very deliberative,” Pierre adds, easing my concerns over whether queer and lesbian women’s needs are represented within the non-profit that serves South Africa’s Western Cape province, the fourth largest province in the country.

Pierre, a constitutional law scholar, and I are discussing his work with the Triangle Project; “a non-profit human rights organisation offering professional services to ensure the full realisation of constitutional and human rights for lesbian, gay, bisexual, transgender and intersex (LGBTI) persons, their partners and families.” The Triangle Project provides health services, legal and community support, policy engagement and advocacy for a community that while it has legal protections still faces a great deal of homophobia. 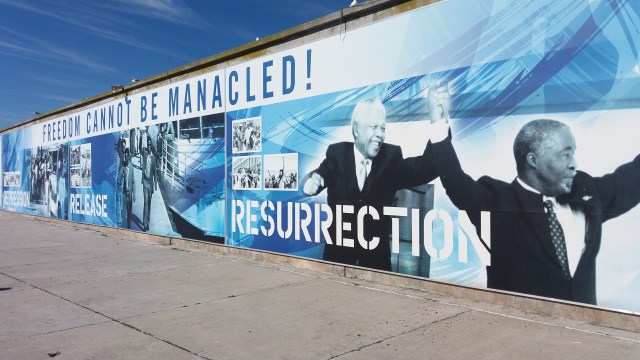 South Africa was the first country in the world, in 1996, to enshrine legal protections for non-heterosexual persons in its constitution and one of the first to legalize same sex marriage in 2006. But what do the lives of LGBTI persons living in South Africa look like, particularly Black LGBTI lives? I wanted to know. Lwando Scott, an academic at University of Cape Town, and Pierre’s partner, joined us for an interview exploring this and the work of the Triangle Project.

What is the Triangle Project (TP)?

Pierre: It’s an NGO that does activism and support for people in the LGBTI community, especially people who are more vulnerable because of socio-economic circumstances or racial discrimination.

What are the current legal protections for LGBTI South Africans?

Pierre: The Equality Act and the Employment Equity Act. You cannot be discriminated in employment in any field because of your sexual orientation. You can come out and transition at the office, there’s not a question in terms of the formal law that you could be discriminated against.

What about housing equality?

Pierre: Everything is covered by the Equality Act. Hotels, businesses, they cannot discriminate against you on the basis of your sexual orientation. But we need to do so much more in terms of education. The attitudes of people are not close to where the law is in terms of protection.

Lwando: It’s this kind of post-1994 [post-apartheid] South Africa where the transformation is not fully realized, it’s only partial. Particularly for people in the sexuality movements, their lives are not fully there in terms of realizing and enjoying the stipulations in the constitution.

What are some of your favorite Triangle Project programs?

Pierre: The Safe Space work where people are given this place to come together, life skills, and so on. Last year, I was invited to Stellenbosch University to talk about LGBTI rights. This student, a black Xhosa-speaking man in a dress, came to me afterwards and said, “I was in the Triangle Project Safe Space and if it wasn’t for that, I would never be at University.” That is exceptional because it’s not easy for someone to get out of what are socioeconomically very difficult circumstances.

When there’s an LGBTI hate crime, the Triangle Project is also very good at monitoring, giving support to the family, mobilizing the community and keeping the pressure on. There’s that lesbian who was murdered in Khayelitsha, there were 22 postponements [40 according to reported media]. The Triangle Project put up so much pressure that they moved it to the High Court and finally this person was convicted. The judge in that case said the law doesn’t recognize hate crimes but this was a crime of hate and so the sentence must be heavy.

What is the LGBTI community like in Cape Town?

Pierre: Extremely fragmented. If you are a rich, middle class white man living in Sea Pointe [the most affluent neighborhood] you’re very different from someone who lives in Khayelitsha [a Black township]. Just because people are part of the same discriminated and oppressed group doesn’t mean they’re not prejudiced, bigoted, racist or sexist. The people with money and social capital do not want to be politically involved because you already have your freedom, everything actually works for you. But if you are not empowered in that way, then the law is on paper, but not necessarily real. 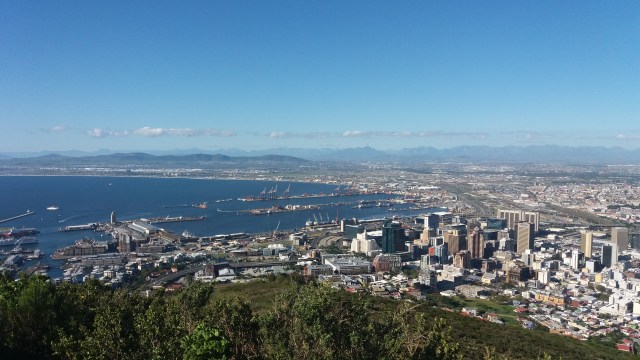 Lwando: It’s the discourse that white people are civilized but it doesn’t take into account the context that 80% of this country is Black. Whatever is going on, is going to look like there’s more Black people doing it by virtue of numbers. There’s also the class [issue]. One of the reasons people come to this conclusion about Black communities, particularly in the South African context, is that when you’re middle class you leave home sooner. You are more independent very quickly, which means you don’t have to negotiate a lot of your life with your family. Historically, what apartheid did, Black families don’t have [as much] money. As a black kid I don’t move out of my home as quick as the white kid does. Even if our homes are both homophobic, mine is going to look more so because I still live at home whereas you have moved out and don’t have to deal with that.

Pierre: South African ‘city culture’ has become less homophobic. In terms of popular culture like the Date My Family show where there’s a gay couple or one of the big soapies that had a same sex wedding when same sex weddings were allowed. In urban, hip culture, the homophobia has gone down a lot.

Lwando: But the urban/rural divide is also quite false in a way. You find in certain communities that the village freak exists without any sort of anxiety, “Yeah, this one is like this, but whatever.” There are other pressing issues. With the rural kind of milieu, there are also things that are just not named or spoken which gives license to people to be whatever they are without having expectations. Then you come to the urban and peri-urban area, the expectations are different.

Pierre: The identity politics makes it more complicated, because once you name it and put it in a box, suddenly it becomes threatening for some people. But if it is just a person who happens to be different, then it’s not so easy to say, “Oh this is Western imposition.”

Lwando: There’s this woman who wrote about the woman to woman relations in Lesotho. There’s women who have, what if you come from the West you look at, and think ‘lesbianism.’ But that’s not their label, they are not named or termed, they are just these women.

The Triangle Project is currently working to push for a strong Hate Crimes bill that will help put an end to corrective rapes and hate speech among other crimes. To support their work, visit their website.

Kari is a creative writer born and raised in Nairobi, Kenya who spent her formative years in Minnesota—where she often dreamed of warmer weather. She is an avid traveler, perpetual list-maker and sometimes performer. Her words have appeared all over the internet, on the radio and on stage. For more, check out her website, The Warm Fruit, or follow her on Twitter.

Kari has written 15 articles for us.