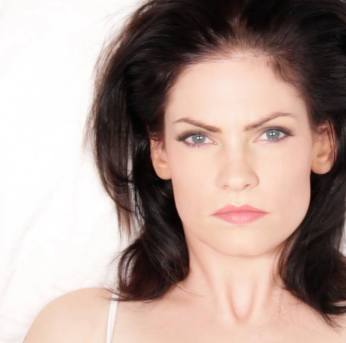 Back in February, I read a story about Jadin Bell, an Oregon boy who was bullied and subsequently hanged himself. I was brought to tears reading about his father’s quest to cross the country on foot in hopes of educating high school students about bullying and suicide.

I felt sad…angry…confused.  It brought me back to 2010 when Dan Savage created the It Gets Better initiative in response to the rash of LGBT suicides that year.  Every time a new story about another suicide broke, our community’s collective response was one of frustration and hopelessness.

How could this still be happening?   In this era of legalized gay marriage, GSA’s, Glee…how could our community still be struggling this much with self-hatred?

I had the idea for this tribute then, but it wasn’t until August when lesbian filmmaker Vanessa Libertad Garcia took her life that I finally decided to call upon some friends to help me say goodbye. While I did not know Vanessa personally, we exchanged emails and messages via social media on a few occasions.  She had actually reached out to me about an upcoming project just one month before her suicide.

Her public suicide note was an absolutely devastating and painful post to read, but I think it captured the hopelessness that these people must have felt in their final moments of life. We used portions of her letter in the video.

I read her post and once again, I cried. I cried for Vanessa, for Jadin, for all of them. I felt powerless, impotent. I wondered what more could be done.  I knew that I didn’t have the answer, but what I could do is say goodbye. This video is a tribute and a statement from us, the survivors.  My aim was to capture our pain and reaction to this epidemic.

All the actors featured in the video are members of our community – Dalila Ali Rajah, Conor Lane, Tyler Lowell, Haviland Stillwell, Tom Lowe and Lauren Neal. I asked them to read Vanessa’s suicide note, and simply filmed their response. We had to use Sia‘s song “Breathe Me” because her evocative, haunting words still remain the quintessential soundtrack to this tragedy, even almost a decade after its release.