You guys have so, so many feelings and questions! And you share them on Formspring and we love it and it’s great! Occasionally you have more feelings and questions than Riese, Rachel and I can process alone or together, even in a hotel room. It’s then that we turn to the world at large and say “Please! We haven’t the capacity / experience to answer these inquiries! Will you help??” 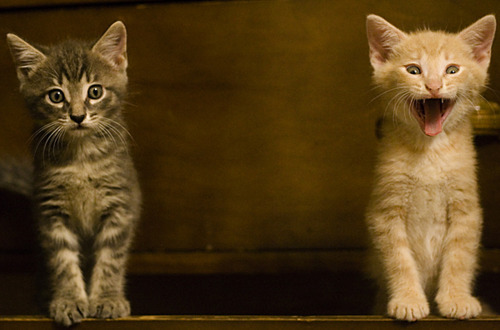 And that’s how Formspring Friday got born, bitches! Share your advice in the comments. Everyone will be a better person before the weekend’s over, just you wait and see.

21 Formspring Questions for You to Answer:

1. How do I create my own lesbian identity? i.e. I don’t know how to identify as a lesbian because I’ve only just figured it out, so what do I have to do to understand/feel comfortable with the idea of this being me?

2. I’ve never really ‘done anything’ with a girl. But I’m going to be heading to college this fall, and I’m nervous. I’m gay. I’m sexually oblivious. I guess what I’m trying to say without sounding really awkward is should I shave my girly parts?

4. I think I determined I’m gay but I’m scared and confused and have people telling me all this stuff..what do I do? How do I sort things? This is one of the smaller issues in my life but I really dunno what to do :S

5. I’m a femme and no one knows I’m a lesbian. Where can I find erm, gay clothing? Or shirts that are related to being a lesbian I suppose?

6. My gf & I have been together for several yrs but in the last few she’s changed in ways I never imagined–not all of them pleasant. Lately it seems we don’t share a single interest anymore. We seem to be polar opposites now. I’m confused about what to do.

7. How off-putting is bad skin? I’m an adult but I have eczema&other hereditary problems. I think I’m a decent person, but I feel like no one will take the time & get past what they see. Thus far no one’s proven me wrong & my self-esteem is kinda plummeting.

8. Westboro Baptist Church make me lose all faith in humanity, they make me too sad for words and I don’t know what to think or do about this. Is there anything I can do to counteract them?

9. So my girlfriend asked me to choke her. I was like… uhh, okay? And I did. Now I’ve done it more times, but I just don’t like it. She loves it. We’ve been together for a year. She always wants more intense things out of sex. I was content in September.

10. I’m very feminine and dont look gay so I am assumed to be straight by EVERYONE! Thus, I am forced to choose between coming out to errybody, which sucks, or enduring comments that suggest I am straight (bad cuz being gay is important to me) It Gets Better?

11. I think my mom got really confused when I compared being gay to roller coasters. Like before I go on a roller coaster I have to tell myself that the 23423 people before me came out alive, kinda like the millions of gay people. Is that a dumb comparison?!

12. So I kinda like this girl, and she likes me. she’s awesome, really. EXCEPT she has huuuuge stretched ears. I don’t mean small plugs I mean FUCKING HUGE okay. And I just…. I cant do it. I am SO SO SO turned off by it. It’s ruining her for me. I cant even go on a date with her. And she’s hot and lovely and my friends say I’m being too picky and shallow but like…. it’s her head! IT’S HER FACE! It’s horrible. It’s the same with nipple piercings and shitty tattoos. They’re deal breakers for me. Who is right / what do I do?

13. How can I get my mom to stop using gay and queer as an insult? I’ve had the rational ‘it’s hurtful and wrong and this is why’ conversation…but she basically just said that was silly and people are entitled to their opinions. How do I make her listen?

14. The wife and I are about to drive across country on vacation! We are trying to eat healthy and avoid fast food places. Any suggestions?

15. My girlfriend is moving away and she wants me to follow and move in with her. I’m concerned that it’s early in the relationship and she doesn’t know my craziness well enough to want to cohabitate. How do I tell her without it seeming like a break up talk?

16. Last night my gf broke down and told me that she was scared everytime we have sex… She feels guilty that I do ‘everything’. She doesn’t seem to hear that she makes me feel so good every single time! Got any tips to help me build her confidence?

17. I have a friend who is a dude and I think he likes me. I’m totes homo. I think he thinks a chasing Amy situation could happen. How do I nip this in the bud without being awk about it. I do love the guy, just not penis in vagina-style.

18. My mom says really awkward things such as “college admissions people cream their pants over that shit.” Especially in public. How do I make her stop?

19. I make THE WORST first impressions. I’m a really cool, smart person, but I just insane nerves and come off as really stupid and boring or annoying and out of control. i imagine you make really fantastic first impressions. do you have any tips?

20a. I started dating a real, live poet. She’s adorbs, but…I feel emotionally inept. SO many feelings. How do I share?

21. Is there a cure for lesbian bed death? I’m afraid we may have hit a brick wall.

Mkay go ahead an yell at me for calling you bitches and THEN help make these people whole, won’t you?