The idea that “representation matters” is all too familiar for those of us who aren’t straight, white, cis, nondisabled men in America. We don’t have the luxury of our stories being standard — so we’re expected to seek them out in community spaces, recall “the first time we saw ourselves” with perfect clarity, and make our own contributions to that cultural mirror whenever possible. Visibility is the name of the game. But too often, that game begins and ends with mass media. You know where else it’s important to show up? In political data.

If that answer threatens to put you to sleep, consider this: data is the language that politicians speak. They rely on it to steer their campaigns, set their priorities, make proposals, and keep their jobs. Doesn’t guarantee they’ll listen (see: the post-truth void that is the current administration), but you have an infinitely better shot if the numbers tell your story — especially if it’s not yet reflected in policy.

A new study out today from the Center for American Progress does just that. With “People Need Paid Leave Policies That Cover Chosen Family,” lead authors Katherine Gallagher Robbins and Laura E. Durso confirm what many queer, disabled, and otherwise marginalized folks have long suspected or already lived: that chosen families often provide the support our biological and legal families don’t, and that it’s past time for paid leave laws to catch up. 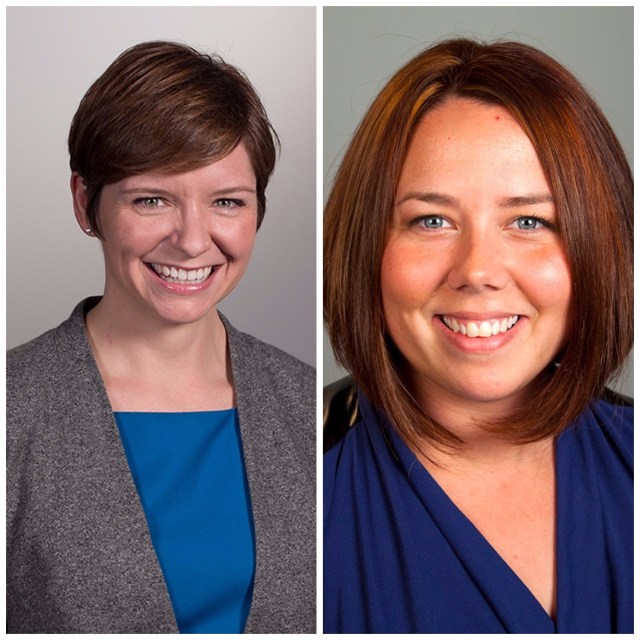 “One of the things I wanted to do upon arriving at CAP was really look at how different communities and different kinds of families were being shortchanged by government policy,” Robbins, CAP’s Director of Family Policy, tells Autostraddle exclusively. “We know that’s happening in many ways — everything from immigration and how that’s splitting up families, to criminal justice policy.” So she talked with Durso, Vice President of CAP’s LGBT Research and Communications Project, who came to the table ready to advance the conversation around queer families in a specific way.

“Marriage equality has been well-discussed, but really was not the end-all-be-all of the LGBTQ rights agenda,” Durso explains. “I think we in the queer and trans communities really put value on making sure that family can be defined in different ways that are meaningful for people.” For queer folks, this study marks a new opportunity to think beyond marriage and a normative definition of familial rights — so that you don’t only get to enjoy the fullest possible legal protections after you say “I do.”

“Virtually all kinds of people are similarly likely to report taking time off work to care for the health-related needs of a chosen family member. Two groups, though, reported markedly higher numbers: queer people and disabled people.”

Robbins and Durso surveyed 1,864 people (857, or about 46%, of whom identified as LGBT) about their experiences with health care, discrimination, family support, and more, focusing on whether they had taken time off from work to care for a chosen family member. The similarity of findings surprised even the authors, with “yes” responses hovering around 30% across all groups. “Supporting chosen family members is a remarkably common occurrence,” the study concludes. “Virtually all kinds of people are similarly likely to report taking time off work to care for the health-related needs of a chosen family member.”

Two groups, though, reported markedly higher numbers: queer people and disabled people, who both clocked in around 42%. “I would say that the other thing that perhaps isn’t surprising, but really stuck with me, is that of the two strongest predictors, LGBT status was one and having a disability was another,” Durso explains. That may not come as much of a shock to queer folks; the narrative of chosen family stepping in for an unsupportive biological or legal one is widely understood. But these numbers challenge outright the assumption that disabled people are exclusively care recipients, revealing the more complicated reality that we are often providers too.

“I think it busts the narrative completely open and, again, is one of those things that just reflects the reality of what people’s lives look like,” Durso continues. “You needn’t look any farther than the fight to protect the Affordable Care Act to realize it’s disability rights advocates who are fighting for all of us… I think that is incredibly important finding that will hopefully speak to policymakers who may only think within that dominant framework of who needs something, as opposed to who is someone who’s giving back.”

With these stats in hand, Robbins and Durso turned their attention to paid leave policy (which covers categories like paid sick leave, family leave, and medical leave) and the ways in which it currently falls short. “I think the primary thing to know about paid leave in this country is that most people really don’t have it,” Robbins admits. Right now, the U.S. offers workers no guarantee of paid leave, with the Family and Medical Leave Act — the one federal law concerning leave from work — only providing unpaid leave. The FMLA also works off a narrow understanding of family, which is exactly the kind of outdated measuring stick Robbins and Durso hope to do away with. (A Better Balance, which partnered with CAP on the study, created this guide for LGBTQ workers on the FMLA.)

“What we do know from data,” Durso says, “is that people end up using vacation or sick time of their own to care for chosen family members, and the system isn’t really set up for the different types of care that they can provide, or that they need for themselves.” Expanding these policies to account for chosen family isn’t without precedent, or even contemporary examples — New York City broadened its definition of “family member” within paid leave laws earlier this month, and seven paid sick time laws passed within the last year guarantee paid sick time to care for chosen family.

“‘I think that’s the next step, is to just take the numbers and go to lots of different types of policymakers and get this done.’ (Translation: send this study to your mayor.)”

Robbins hopes that “the immediate order is to get these data out to the folks who are already doing the work around these issues and help them influence policymakers,” with Durso pointing out that paid leave can be addressed by either an administration or a legislature, making it an ideal action item at the local level. “I think that’s the next step, is to just take the numbers and go to lots of different types of policymakers and get this done. We don’t have to wait for a state legislature to catch up. We can go and do this in a city or county right now — which is an exciting prospect for the information.” (Translation: send this study to your mayor.)

Even if you’re not a data nerd, this study generates momentum for disabled and queer folks by bolstering our experience with new kinds of evidence. “What I think our data show is that that lived experience is true, it’s backed up by data, and that people who’ve had the experience of building chosen family are not alone,” Durso says. “I think we can teach people something about how family works, and not just because we taught everyone that ‘who you love is who you love’ — but that we can think of family in a really broad and wonderful way. We have more to say about what family means, and we can influence the way the law works to help ourselves and our families.”

You can read the entire study at the Center for American Progress. We’ve got a long way to go — but the numbers are with us.