1. I’m 15 and for the first time in my life, a teacher calls me out on sleeping in class when I’ve been awake the whole time. I’m surprised it hasn’t happened earlier, because kids have made fun of my eyes since preschool. Times are a-changing I guess. I’m the only Asian in my class, one of three in my entire high school, and people bring it up all the time for the rest of the year. I get it. It’s funny, that time our old, kinda-racist teacher thought I was sleeping because my eyes are small. My eyes aren’t even that small! 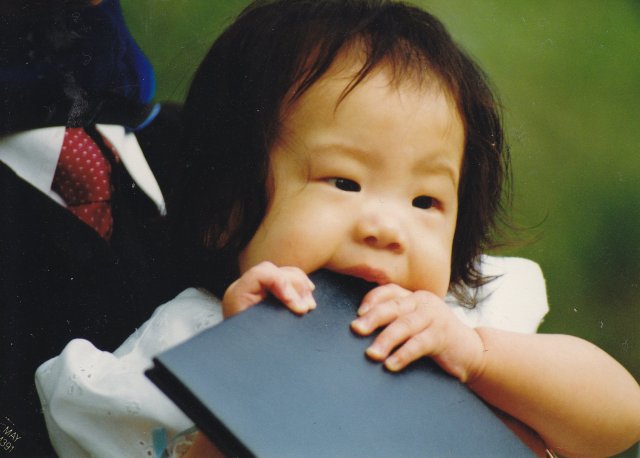 2. I’m 12 and my mom is teaching me how to smile so that my eyes don’t disappear. No one likes a squint. I’m 0% invested, so I don’t learn. I do know that the word for squint in Mandarin is mī, and it forms your mouth in a squint when you pronounce it, like a lyrical “me,” lips tight for the ‘m’ and barely parted for the ‘ī’. I don’t read much into that. It’s just a happy coincidence, like how “groovy” ends on a smile.

3. I’m 20 and sometimes my friend points out that my eyes disappear when I smile really hard. I think — I know — I think she doesn’t mean it in a shitty way (“I always forget that you’re Asian,” she’s also said), but every time I hear it, it burns red hot in my brain for the rest of the day. I’ve learned enough to know that when I was 15 and people said, “It’s funny because your eyes aren’t even that small,” they were also saying, “You don’t look that Asian.” I suspect this is the same kind of thing. Then I suspect that I’m doing a lot of introspection for a hang sesh with my friends.

4. I’m 17 and my mom is telling me that I don’t need to get plastic surgery. “Why would I get plastic surgery?” I ask. Chinese people like creased eyelids, she says. It makes your eyes look bigger, and many Chinese people get surgery to put creases in their eyelids for that reason. Luckily, I’m genetically blessed; my mom has double creases that appeared in her mid-20s, and my dad got his single creases soon after I was born. My eyelids are still young, smooth and sleepy-looking. I think she’s reassuring me that it’s okay if I’m not attracting any boys, because in a few years I’ll have beautiful eyes. I have negative interest in attracting boys. I have marginally more interest in the future widening of my eyes, because I’m a genetics geek.

5. I’m 21 and I’m scrolling through photos on Facebook after Houseparties, the spring formal event at Princeton. I hate this one photo of me where I’m smiling hard. My face looks like a pug’s, all wrinkles and rolls, and my eyes are gone. They’re just another set of pug wrinkles. I’ve learned enough to know that when people imply, “You’re not that Asian,” they’re referring to a fictional idea of an Asian person whose eyes are literal slits. I feel awful for once being proud that I’m not that Asian, as though being distinct from a stereotype is a personal achievement. I also look up how cheap that eyelid surgery would be in China. It’s pretty cheap. 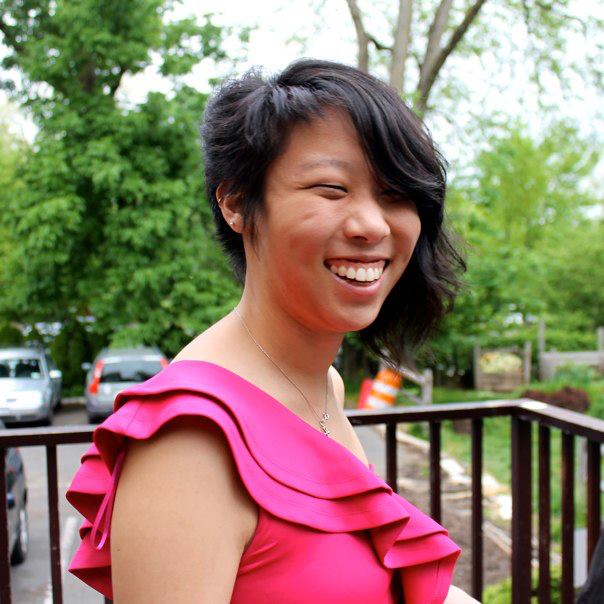 A rare photo of me pug-facing in a dress

6. I’m 3 and 7 and 12 and 14 and 16 and 18 and every year after that when I come home for the holidays, and my mom tells me my face looks too fat or too thin to show that she cares about me. She worries that I don’t take enough care of myself. The way my mom says “fat” taps into a deep and primal feeling. It’s not negative or positive, it’s just familiar, the extended “ffff” and the sharp, bitten off “at.” What I’m saying is that for almost as long as I can remember, I’ve thought about my face in terms of how other people see and talk about it. I don’t have a concrete idea of what my face looks like, just what it could look like.

7. I’m 23 now and I ask my Chinese-American friends whether they’ve ever considered getting surgery for their eyelids. The consensus is that they do think about it, regularly, but they don’t want the stigma of cosmetic surgery. We all know it’s a simple procedure that’s popular in China. The American part of Chinese-American stops them. I think in America, it’s easy to look down on cosmetic surgery when your ethnicity isn’t essentialized and reduced to a single physical marker. There’s an assumption that Asian people get eyelid surgery because they want to look more Western, and that offends me more than when my mom tells me not to smile so hard. Both views are oppressive, as standards of beauty are oppressive in general, but the narcissistic assumption that we would want to get eyelid surgery to look more white still reduces our “ethnic” appearance to a single physical marker. At least my mom, like many moms, is only trying to conform to a cultural aesthetic preference, a shared idea that bigger eyes are more desirable — and so are other features like narrow cheeks and soft, pointed chins. At least my mom sees me as a full-featured person.

8. I’m 23, and when I frown, I can see where the first creases in my eyelids will be, but I’m trying not to frown so much these days. 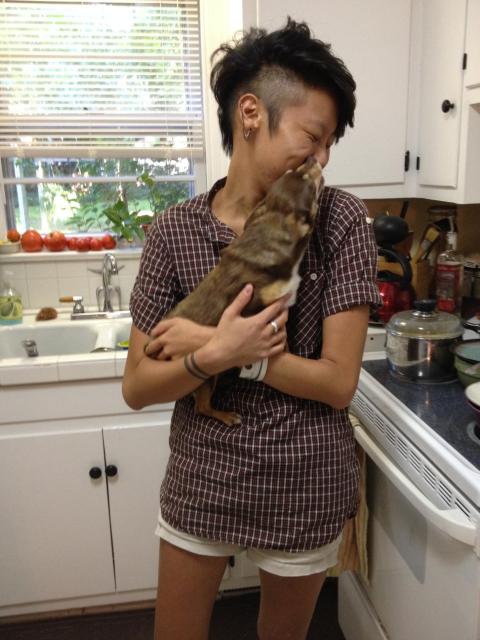