On the heels of last Tuesday’s sad news of Jamey Rodemeyer’s suicide, here’s an interesting/controversial take on how Lady Gaga’s got it all wrong when it comes to her self-help hero status. Jamey credited attending a Gaga concert to helping him accept and love himself, but Drew Magary thinks the effects of Gaga’s call for non-conformity could end up hurting these kids in the end, but not for reasons you may think. Here’s an excerpt —

“This is a quote from Gaga in a Rolling Stone interview:

My fans are a revolution. They are living proof that you don’t have to conform to anything to change the world.

Bullshit. Complete lie. If you want to change the world, you DO in fact have to conform to things. Gaga conforms all the time. She writes pop songs that conform to traditional song structures. She conforms to the music business by working for a major record label. She conforms to the media cycle by appearing on 60 Minutes when a new album comes out. This is because she’s a professional, and that’s what professionals do. They make the compromises needed to do their jobs effectively.” 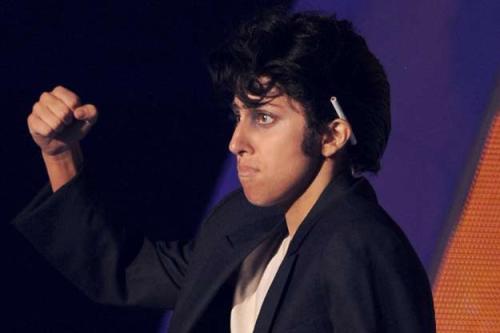 “The problem with telling kids that they’re fabulous as is and require no further work as human beings is that it will probably end up causing them to suffer an even greater sense of self-loathing because they refuse to cast a critical eye upon themselves. It’s false pride, it’s the pride you get from someone ordering you to be proud instead of the hard-won pride you get from working hard and building relationships with people around you. And it never lasts, unless you’re that dude who created Glee and you’re a complete fuckhead.”

It’s complicated, self-esteem and self-worth — and it’s unlikely there is a “truth” to this situation and, if there is, it’s probably somewhere between the Little Monsters and Deadspin (but isn’t everything, really?).