A few days ago our executive editor Laneia wrote about some of the bands she’s psyched to see when she heads to Manchester, Tennessee for the Bonnaroo music & arts festival. So as Jess G. did with the 2010 SxSW Spotlights, we thought we’d start introducing some of the up-and-coming acts that’re playing at the festival. Sound good? Okay!

So there are a bunch of great arts playing who we can probs all agree are amazing and shouldn’t be missed – Regina Spektor, The Gossip, The xx, She & Him are just to name a few. But you know about them, right? Yeah you do. So let’s talk about the acts that maybe haven’t yet pinged everyone’s radar. 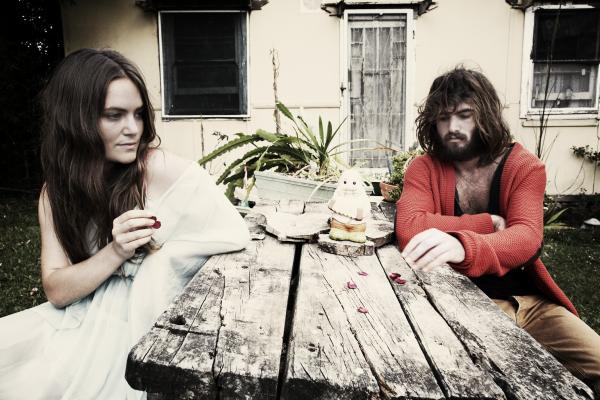 First up is brother-sister singer-songwriter duo Angus & Julia Stone, who’ll be traveling to Bonnaroo from my homeland of Sydney, Australia. These adorable indie folk siblings first came to my attention in 2006 with Chocolates & Cigarettes, an attractively-titled EP that introduced me to two very distinct and somewhat addictive vocal styles. It was shortly followed by the debut album A Book Like This, during which Angus grabbed his suitcase full of nothing and made me want to feel things I’ve never felt before.

Now it’s 2010 and Angus & Julia have just released a brand new album, Down The Way, that is definitely worth your attention. Check out the music video for the album single, “Big Jet Plane”.