So basically what happened is that a socio-economic activist blogger had some feelings about people “in Hollywood” using their fame and money to support a cause, while at the same time not coming out of the closet or introducing you to their life partners. Or, in the author’s words: “I have enough of false heroes and fake acts of honesty and sincerely. I have enough of Hollywood’s spineless greedy mentality slithering its way into human misery and feeding from it like a parasite.” That’s more descriptive. 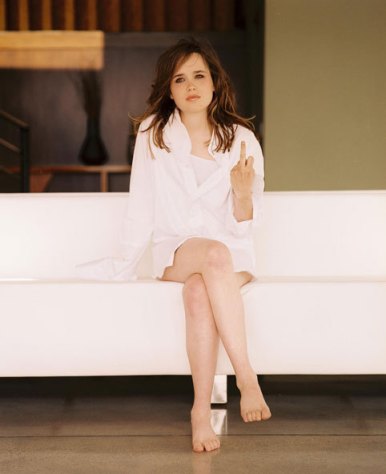 Specifically, the blogger felt like, with June being Pride month and the gays making strides all up and down the place, there should be more famous people standing up for the “oppressed gay minority.” The author said that presenting yourself as a good person but then not telling everyone you’re gay boiled down to hypocrisy.

The blogger went on to say that Ellen Page is a lesbian and also a hypocrite. Here:

“Ellen Page believes in truth? Here is the truth. A reliable source, which (in parts) agrees with my standpoint, revealed to V-Generations some of Ellen Page’s relationships she had. Like with fellow actors Ben Foster, Mark Rendall or Slim Twig or her female lovers Drew Barrymore and Clea Du Vall. (Note: I haven’t included non-famous people. No need to drag them into the mess.)”

Ok so then ONTD linked to the story (“story”) and the blogger’s readership jumped from 250 a month to 26,000 in two days and then The Most Cake picked it up and now I have to write about it, much in the spirit of Evan Rachel Wood Bisexual.

So! Here are my points, both tangential and related, in list-form:

1. Gay people know when other gay people are gay. I don’t know why or how, but we do. If you’re a gay celebrity, we know you’re gay. Ricky Martin being gay isn’t news. Ricky Martin coming out, on his own, to say that he’s gay, kind of is.

2. The process of ‘outing’ anyone, especially famous people, is tired and perpetuates the idea that being gay is weird or shameful.

3. I watched Outrage and had some mixed feelings about the outing of gay politicians, eventually coming to the conclusion that yes, I agree with Kirby Dick: if you’re actively discriminating against gays, via making laws or speeches or even bad jokes, and you’re gay, you should be called out.

How do you feel about all of these feelings? Is outing a public figure just a necessary step in the fight to normalize gay? When, if ever, is a person obligated to say they’re not straight? Are celebrities and politicians better able to navigate the fallout of being honest about their sexuality than other people? Are there any unflattering photos of Ellen Page? What’s your favorite Ellen Page outfit? Chuck / Fuck / Marry: Michelle Rodriguez, Kristen Stewart or Ellen Page? 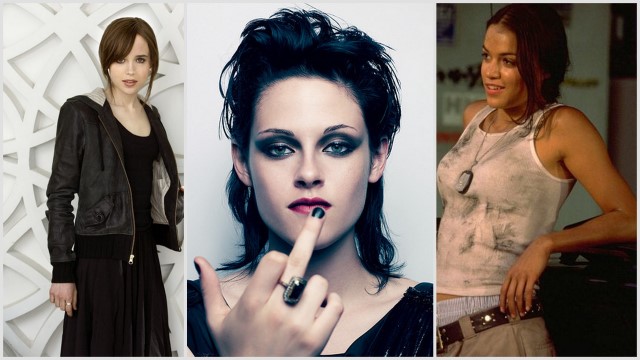