On Monday the black politics and culture website The Root released their annual “Root 100” list, showcasing 100 of the most influential African Americans ages 25-45. The first Root 100 was published in 2009 and honored the election of President Barack Obama by celebrating young black achievements in politics, business, the arts, activism, science, and technology.

This year’s list is different; the surrounding climate weighs heavy. Bigotry and white supremacy are once again finding their way to the forefront of political discourse in this country. In their introduction to the list, the editors of The Root note that “honoring the best and brightest of black America has become a revolutionary act, a form of resistance.” As is often the case with the ongoing fight for liberation, queer women and trans women are at the forefront, putting in hard work. Let’s take a moment to honor the black queer and trans women on The Root’s list who are leading the way. 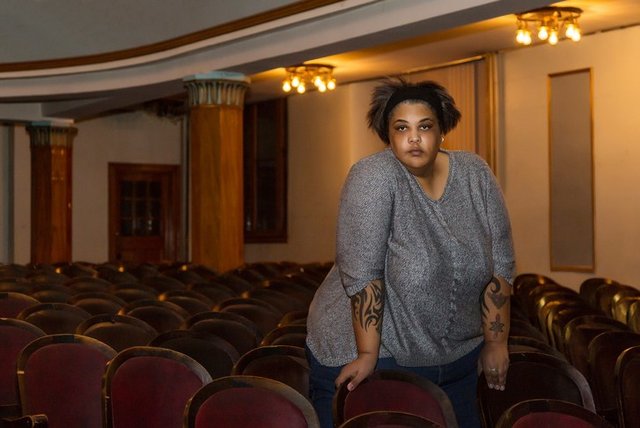 Roxane Gay is a force to be reckoned with. She writes unflinching, direct, cut through the muck, honesty. Whatever is your genre of preference, chances are she’s written in it and brought black feminist truth to it. Gay has left her mark in anthologies of cultural critique, short and long-form fiction, newspaper op-eds, and comic books. In June, she released her New York Times best-seller memoir Hunger, which focuses on her experience with obesity and the journey to live comfortably in her own body. Even with all of her national and international acclaim, the first time I read Roxane Gay’s work, it was published right here on Autostraddle! You can find Gay on Twitter: @rgay. 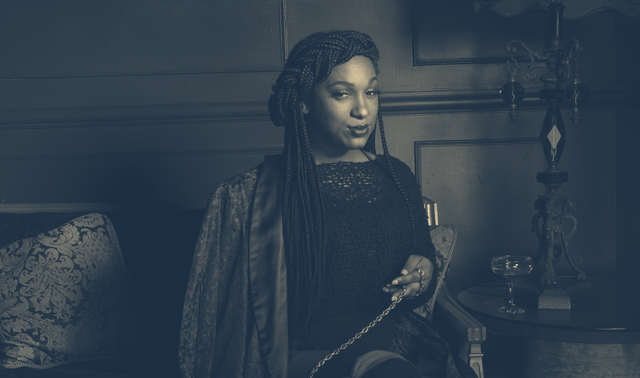 Elle Hearns is an organizer for Black Lives Matter and the executive director of The Marsha P. Johnson Institute, launching in Spring 2018. Named after the legendary black trans woman activist and Stonewall veteran, the Marsha P. Johnson Institute will work to meet the needs of women and girls of color as they face violence, especially transgender women. Their primary focus will be on those coming from trans and queer communities, poor communities, those who are undocumented, formerly incarcerated, or disabled. Where do we sign up? You can find Hearns on Twitter: @SoulFreeDreams. 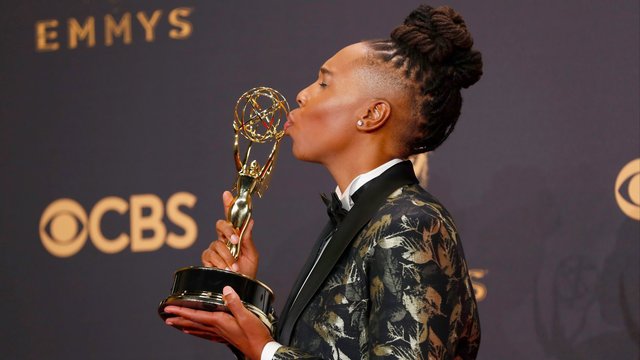 Lena Waithe at the 2017 Emmy Awards

Perhaps you’ve already heard of Lena Waithe this week? After all, on Sunday night she became the first black woman to win an Emmy in comedic writing. We have talked a lot about Lena Waithe on Autostraddle, and I hope we never stop. In addition to her critically acclaimed work as a writer and actress in Master of None’s “Thanksgiving” episode (which if you haven’t watched, you absolutely should! It’s on Netflix!), Showtime also recently ordered her coming-of-age drama called The Chi, which Waithe will write and executive produce. Lena Waithe isn’t waiting for Hollywood to tell her stories, she’s decided to tell them herself and they will have to catch up. Also, I’m still not over THIS SPEECH: 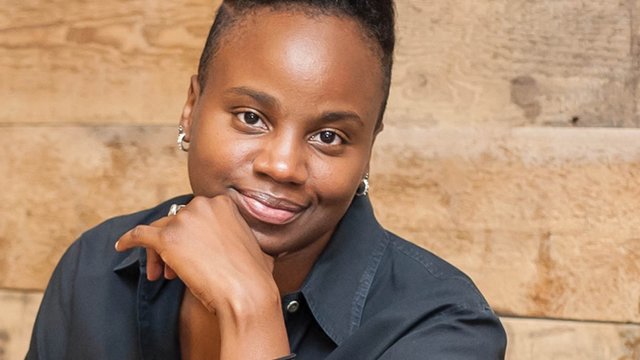 Speaking of black queer women who are not waiting on Hollywood to tell their stories, let’s talk about Dee Rees. In 2011, her award-wining indie film Pariah told the story of a teenage black lesbian in Brooklyn that broke my heart wide open. In 2015, Rees directed Queen Latifah in HBO’s Bessie, the biopic of queer black Blues icon Bessie Smith. Netflix won a bidding war for her most recent feature Mudbound at Sundance in January, and its expected to be a serious contender at the Academy Awards this year. When Rees accepted the Sundance Vanguard Award in August, she implored us to remember that “our voices are all we have.” A mantra that she has certainly taken to heart. 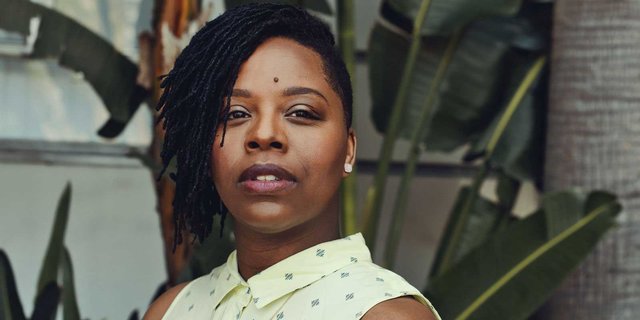 Patrisse Khan-Cullers is best known as one of the co-founders of Black Lives Matter, along with fellow activists Alicia Garza and Opal Tometi. In addition, she’s also the founder of Dignity and Power Now, an organization that advocates for incarcerated people and their families. Whether its police brutality and state violence, the prison industrial complex, or violence against queer and trans black bodies, Khan-Cullers is one the black community’s fiercest advocates. She never gives up. You can find her on Twitter: @OsopePatrisse. 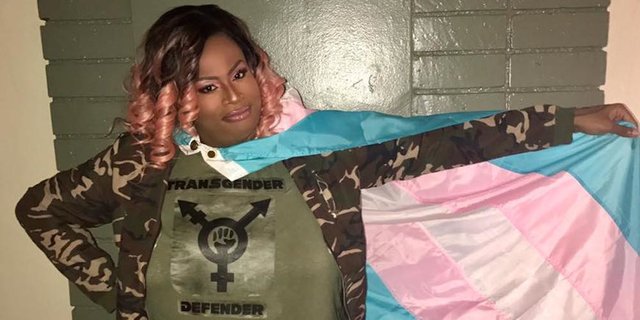 In June, Ashlee Marie Preston became the first out trans Editor-in-Chief of a feminist publication. As editor of Wear Your Voice magazine, Preston uses her publication to empower historically marginalized and disenfranchised communities. As a survivor of sexual violence, domestic abuse, and homelessness Preston is a firm believer of lifting others with you as you climb. She hopes to one day transform the media landscape, and reshape misconceptions about feminism. You can find Preston on Twitter: @AshleeMPreston.

Arlan Hamilton knew that women, people of color, and LGBT community members were treated unfairly when looking for start-up capital for their businesses. She decided to get involved in venture capitalism and advocate on their behalf. She was homeless herself at the time, but made it her mission to help her community and invest in those who are otherwise not invested in. Her company, Backstage Capital, now manages two funds totaling roughly $5 million. She’s just getting started. You can follow Arlan Hamilton on Twitter: @ArlanWasHere. 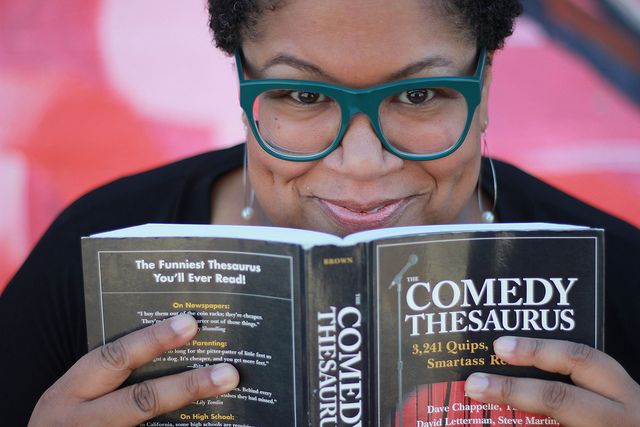 Samantha Irby’s New York Times best-seller memoir, We Are Never Meeting in Real Life, was released in May. In it she offers her thoughts on navigating blackness, body image, poverty, and past relationships. Her first memoir Meaty is currently being developed into a television series by FX Studios. In a 2013 interview with Bitch magazine, Irby gave her philosophy on dating: “I’ll take love in whatever package it comes. I’ve had girlfriends in the past; I’ve had boyfriends, too…. Mostly I just wish it were socially acceptable for me to settle down with a cheese sandwich.” Who hasn’t been there, amirite? You can find Irby on Twitter: @wordscience. 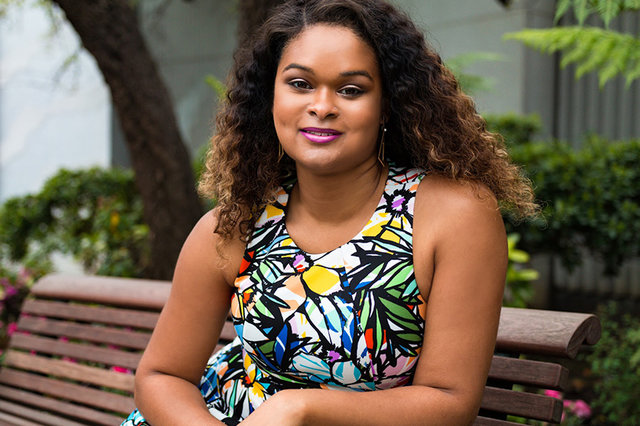 Black, queer, trans activist Raquel Willis is a national organizer for the Transgender Law Center, the largest advocacy group for transgender and gender-nonconforming people in the United States. She’s also been involved with Black Lives Matter. In January, she took the stage at the Women’s March in Washington, DC. She’s currently a contributing writer at Cassius. Did I mention that you can also find some of her writing published on Autostraddle? Trans women’s voices are needed now more than ever, and Raquel is not about to shut up for anybody. You can find her on Twitter: @RaquelWillis_ (and I can personally confirm, she’s a great follow!) 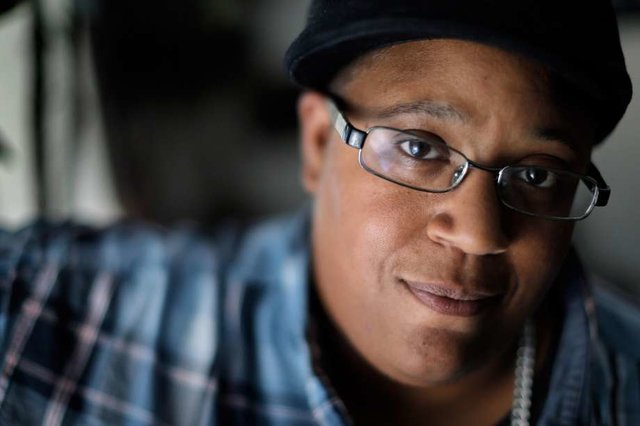 Malkia Cyril, Executive Director of the Center for Media Justice

Malkia Cyril is a writer, organizer, and media strategist. She’s a Black Lives Matter activist fighting for net neutrality and fair, equal communication access for people of color and impoverished communities. She’s working to amplify black voices on the open internet, in social media, not to mention on our television and film screens. You most recently saw her in Ava DuVernay’s documentary The 13th. Did I mention that she’s also a poet? You can find Cyril on Twitter: @culturejedi. 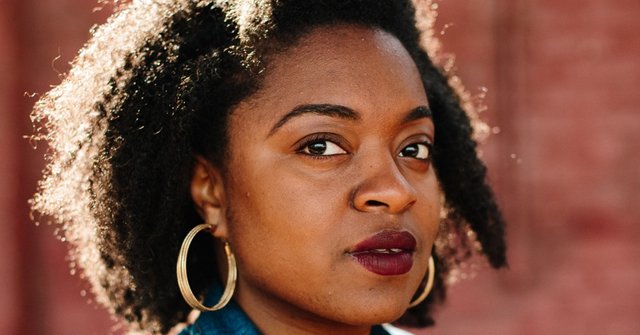 Charlene Carruthers is the national director of the Black Youth Project 100. The BYP100 is an activist organization helping black young adults build transformative leadership skills through development, direct action organizing, advocacy, and education that uses a black queer feminist lens. Carruthers is passionate about helping black youth find their own definition of freedom and ensuring that the rallying call “black lives matter” doesn’t silence or overlook our LGBTQ voices. With Carruthers at the helm, black futures look mighty bright. You can find her on Twitter: @CharleneCac.

That fight is far from over.

When I look at this list, I’m fortified knowing that increasingly we are not being asked to juggle or choose between our blackness and our queerness as the movement moves forward. We are no longer being asked to merely do the work, but keep our faces in the shadows. We are being seen for the value of our full selves. I’m proud to join The Root in saluting these women in their success. Raise a glass! The (virtual) bubbly is on me.