Be honest: do you ever close your eyes and pretend you live in a world where not only are Lisa Frank space dolphins real, but Mindy Kaling is your best friend? It’s nothing to be ashamed of. She’s smart and hot and hilarious and honestly you like Kelly more than Jim and Pam combined, don’t you. You may have been aware she has a book coming out! Surprise, it is also going to be funny and hot. The good news is you can read this excerpt of it in the New Yorker, and learn important facts about chick flicks and Crest Whitestrips. For real though, if you saw Bridesmaids this summer (or any other movie, really, ever) then some of these observations will sound painfully familiar! 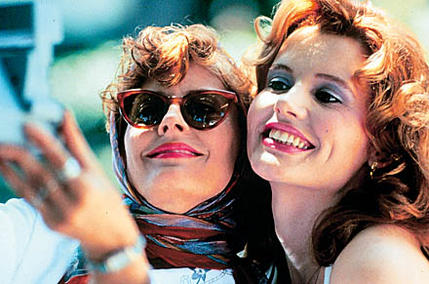 EXCEPT FOR THIS MOVIE I GUESS

I regularly work sixteen hours a day. Yet, like most people I know who are similarly busy, I’m a pleasant, pretty normal person. But that’s not how working women are depicted in movies. I’m not always barking orders into my hands-free phone device and yelling, “I have no time for this!” Often, a script calls for this uptight career woman to “relearn” how to seduce a man, and she has to do all sorts of crazy degrading crap, like eat a hot dog in a sexy way or something. And since when does holding a job necessitate that a woman pull her hair back in a severe, tight bun? Do screenwriters think that loose hair makes it hard to concentrate?

If you think about the backstory of a typical mother character in a romantic comedy, you realize this: when “Mom” was an adolescent, the very week she started to menstruate she was impregnated with a baby who would grow up to be the movie’s likable brown-haired leading man. I am fascinated by Mom’s sordid early life. I would rather see this movie than the one I bought a ticket for.

I am so brainwashed by the young-mom phenomenon that when I saw the poster for “The Proposal” I wondered for a second if the proposal in the movie was Ryan Reynolds’ suggesting that he send his mother, Sandra Bullock, to an old-age home.

And of course there’s the Ethereal Weirdo/Manic Pixie Dream Girl, and never forget The Woman Who Works In An Art Gallery! Such time-honored roles; why would anyone make a movie without them? Oh, I guess they don’t, do they?

What are your favorite done-to-death tropes? Favorite lesbian ones? I think I like the “Driven to Self-Destructive Behavior Via Shame About Deviant Sexual Orientation” girl.